After our biggest post in a while all about pizza – we’ve got another major brand launching a major gluten-free product. And it’s quite the pairing.

Unfortunately, this “naturally gluten free beer” will only be sold in Seattle and Portland.

According to AdAge, MillerCoors will start marketing a “naturally gluten free” version of Coors called Coors Peak Copper Lager next month. Unfortunately, it will only be sold in Seattle and Portland. The ingredients will include brown rice, malted brown rice and protein from peas, a spokesman said. Thankfully, AdAge reports “the beer also must also be made separately from beers that contain gluten in order to comply with gluten-free certification rules.”

It’s incredible though – for a Coors, and honestly better than several other gluten-free beers on the market. It also makes terrific beer bread if you’ve got a breadmaker and GF Jules bread mix (the best!). 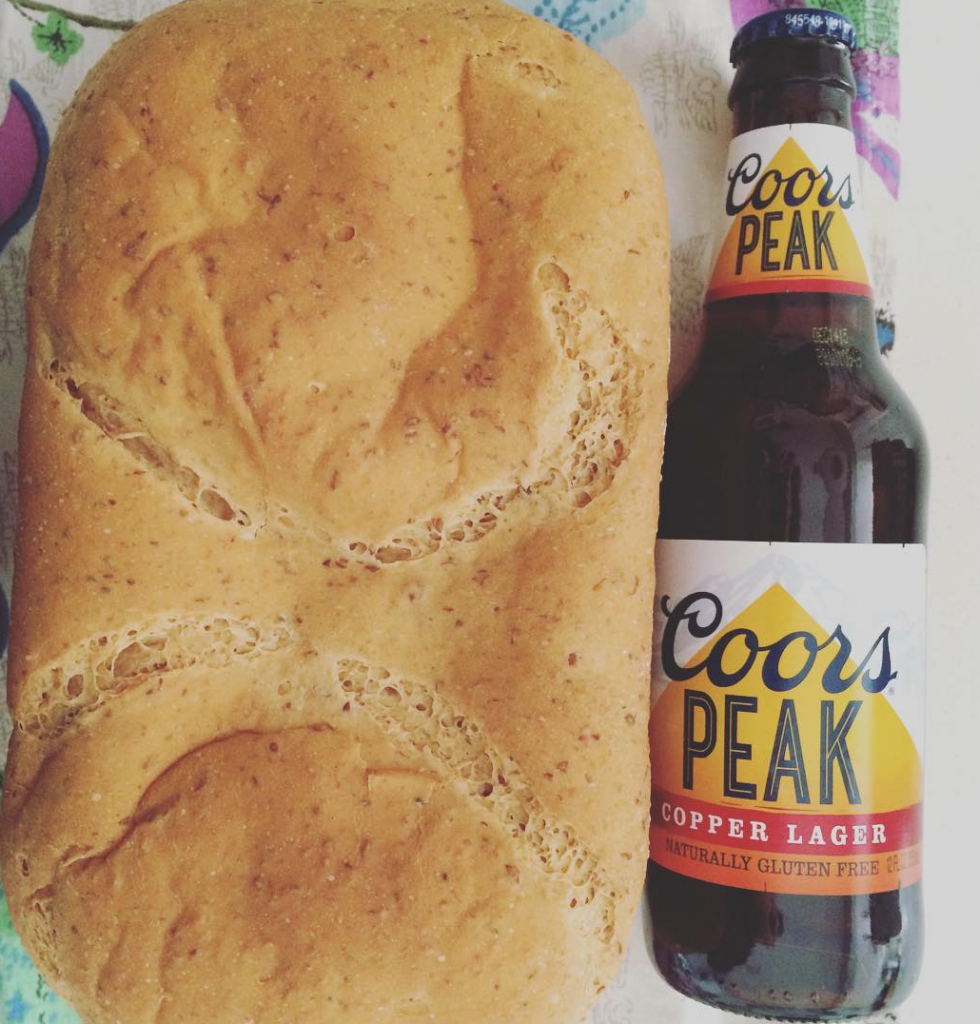 Thanks to my beer-loving friend Ryan, I also found out that Stone – an amazing craft brewer – will also be releasing a “gluten free” beer – and I’m using quotes because it’s really a gluten-reduced beer (and thankfully advertised as such. My friend sent me this blog post at StoneBrewing.com: http://blog.stonebrewing.com/index.php/stone-delicious-ipa/. How does Stone reduce the gluten levels in this beer?

We have colleagues at our long-time yeast supplier, White Labs to thank. It’s their enzyme, Clarity-Ferm, which makes Stone Delicious IPA possible. We start by brewing the beer exactly like we do every other beer at our brewery using all-natural ingredients (barley, hops, water and yeast, exclusively) with dashes of creativity and heart plus a boatload of hops. When boiled wort (unfermented beer) is transferred to fermentation tanks where yeast is introduced to convert fermentable sugars to alcohol, we add Clarity-Ferm, which separates and eliminates the potentially inflammatory nature of the gluten protein chains.

Though we’ve harnessed modern advances to significantly reduce the amount of gluten, traces of gluten remain in Stone Delicious IPA. However, the amount of gluten in this beer is far below the Codex threshold of less than 20 parts per million in total gluten for “gluten-free” products; so much so that its gluten levels are too low to be measurable by available testing methods. Furthermore, the brewing process for Stone Delicious IPA renders the beer free of barley epitopes (peptide sequences and reactive sites in gluten molecules triggering negative reactions in the small intestine).

How is Stone Delicious IPA tested for gluten?

The gluten testing is conducted by White Labs using an ELISA assay, the R5 competitive Gliadin assay from R-Biopharm. Yes, that is a mouthful, so allow us to further explain. The ELISA assay quantifies the prolamins from the wheat, rye and barley using an antibody that recognizes the potentially inflammatory sequence QQPFP, which occurs repeatedly in the prolamin molecules. This is the only method of gluten testing for products containing alcohol that is approved by the federal government.

Where can I see test results?

Each bottle of Stone Delicious IPA has both an “enjoy-by date” printed on its bottlenecks and a “julian date” laser-engraved on the bottom of each bottle. You can use either of these denotations to retrieve test results for the beer in your bottle by visiting the Stone Delicious IPA webpage and viewing a PDF of the White Labs report corresponding to those numbers.

Here’s a story of two beers. One beer, like Coors, makes it naturally gluten free by not using gluten in the brewing process. Much like Omission gluten-reduced beer, it is our position to use Stone’s new product with caution, and if you are a celiac, avoid using gluten-reduced products until celiac organizations and testing organizations agree on what testing actually confirms gluten in a enzyme-reduced product. This might be the only time I tell a craft-brewing beer to be more like Coors. Wow.