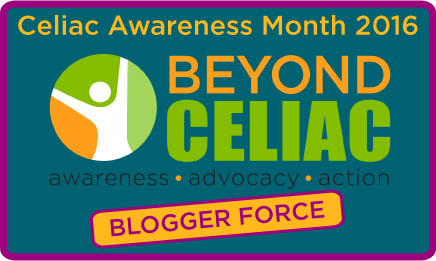 Now, you know what I’m doing for Celiac Disease Awareness Month – between the daily and weekly giveaways, Persicoping with Gluten Away, attending Digestive Disease Week and the CDF Celiac Conference – I’ve been working my tushie off with trying to spread awareness, gain education about this disease, and trying to make our lives as celiac better and easier! But what are you doing? Are you looking for easy ways to spread celiac disease awareness this May (and beyond!)? We’re loving what Beyond Celiac is doing for #CDAM16 – just check it out!

Celiac disease has a major impact on people’s lives and health – even if you can’t see it. This isn’t news to the celiac disease community, which is often told by others that they don’t “look sick.” And yet, it is because celiac disease isn’t always outwardly visible that the disease and the gluten-free diet are not taken seriously.

Beyond Celiac is on a mission to have celiac disease taken seriously by making public some of the hidden symptoms, pressures and burdens of living with celiac disease. It’s time to move beyond the shadow of the gluten-free diet and ask people to look beyond the surface.

It’s time to ask them to take #60ForCeliac.

Encourage your friends, coworkers and family members to take 60 seconds to watch a video that scratches the surface of what it’s like to live with a serious genetic autoimmune disease. If you share the video on social media using the hashtag #60ForCeliac, you could win a prize pack from Beyond Celiac.

Visit www.BeyondCeliac.org/awarenessmonth to see what else Beyond Celiac is doing to celebrate Celiac Awareness Month. Here’s what you can find there in addition to the video:

Want to win some awesome Beyond Celiac swag? Who wouldn’t? I’d rock all of this around town – plus the best gluten-free and food-allergy magazines out there (I particularly care for Gluten Free & More magazine hint hint wink wink). Follow the terms and conditions of the Rafflecopter below to enter to win this goodie bag from Beyond Celiac! 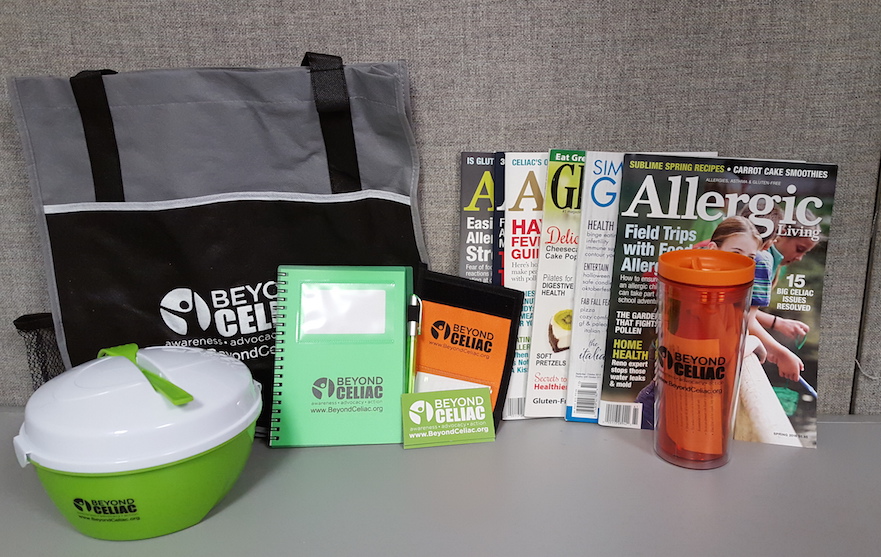 **Disclaimer: I am a Beyond Celiac blogger, but I am not compensated for my time.**