Gluten-Free Chicago: Before the Expo (Pt. 1)

Food and Beverage, UncategorizedApril 17, 2012No comments

Many moons ago, before I started Celiac and the Beast, I scheduled a trip for two to Chicago to see one of my best friends and former coworker. She has been living out there for several months, and I haven’t had a chance to escape away from a very busy work schedule – but April finally came around and I was on my way to the windy city.  Of course, the Non-gluten-free boyfriend (Non-GFBF) bought me some Sprinkles GF cupcakes to celebrate my birthday in Chicago! 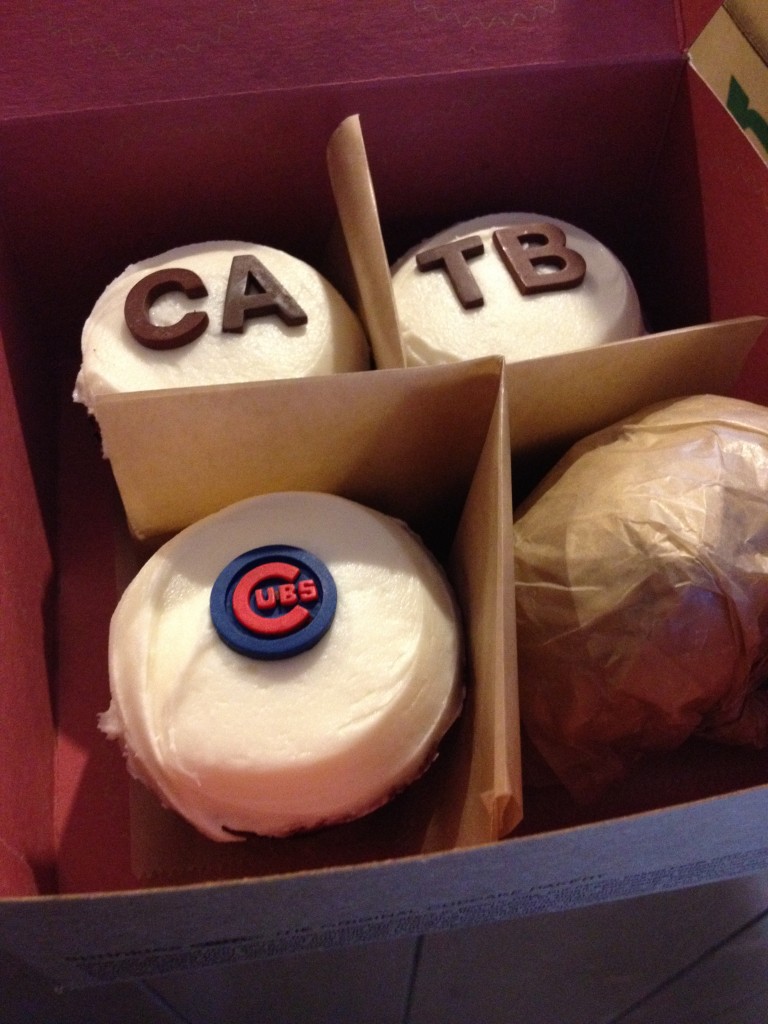 Packing for any trip for a Celiac is always a pain. Several things had to first happen before I could hop on any plane:

Packing for a flight is simple – throw in a few Larabars, maybe a few pieces of fruit, or Glutino pretzels in a ziploc bag. I always throw in a few extra because I’ve been delayed for several hours before dreaming of gluten-free food. Then you have to remember to pack vitamins, enzymes, and probiotics. Then you have to think about all the “just in case” times that you’ll have during your trip – just in case the hotel doesn’t have a gluten-free breakfast, just in case you get hungry in a wheat-filled snackbar at a museum, etc. I end up bringing a whole shopping bag full of goodies every trip. This trip was doubled because I was packing for my boyfriend as well (who eats gluten-free when I’m around). My must-haves: snack bars, protein bars, fresh fruit, packets of instant oatmeal, and cookies – I’ve got a sweet tooth!

The most-anxiety inducing travel aspect is having to plan every single meal of the trip. I have to google map my location (hotel, points of interest, etc.) and then map the food opportunities around the area. I also researched local Chicago gluten-friendly blogs for their recommendations. But it doesn’t stop there, I then compile a list of their contact numbers, websites, etc. I then contact all of them and check on the gluten-free nature of their menu. I ask the typical million questions, and then compile a list of places I can eat, as well as places I want to eat (definitely not the same). We were eating with a “normal” – my friend is not gluten-free, but is super cool about it. So I submitted my list of restaurants to her and she chose which ones she was also interested in and added in her own recommendations for approval. Does this seem intense? It was. Also, I can’t think of any other way traveling gluten-free, but I’m always open for suggestions!

Eventually, we arrived in Chicago – full of pre-packaged snacks – and arrived at our hotel. After unpacking our very own grocery store, we decided to eat somewhere off of “the list” – I chose Big Bowl, a great and cheap chinese/thai restaurant. We easily got the gluten-free menu, and the waiter apologized that it was so limited. Obviously this guy doesn’t have to eat gluten-free because it had at least 6 entree choices and several appetizers. I had an amazing and fresh chicken pad thai and was about the happiest gluten-free traveler around. 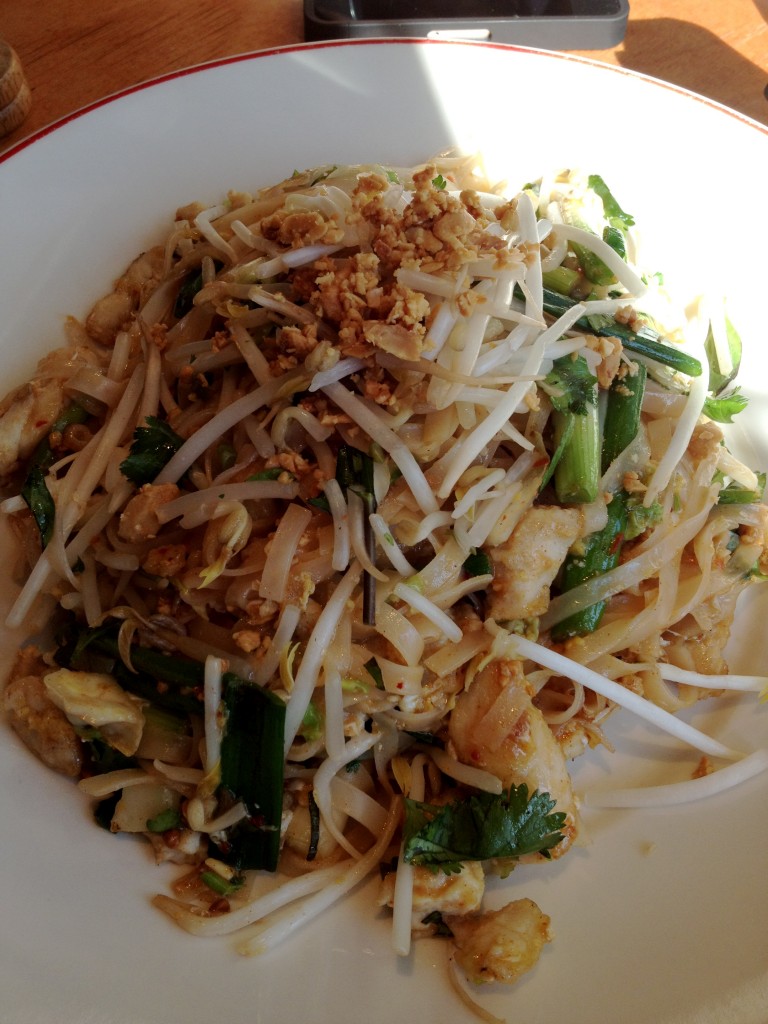 Full of Big Bowl, we ended up walking miles up and down Michigan Ave. looking for places to shop till we dropped. After several hours, we worked up an appetite, and found dinner at Wildfire – a chain of gluten-friendly restaurants. We were beyond happy that they had gluten-free beer available (Bard’s), as well as gluten-free bread for the table. Now, just one beer option is limited – but a gluten-free beer is a great option. The “bread” was actually their gluten-free hamburger buns, which are made from “some gluten-free flour mix” that they have in the kitchen – per our waiter. The bun was so good I had to ask my boyfriend if he thought it was gluten-free. I forget what real food tastes like sometimes, so when I have something amazing, I always assume that somehow I got the full-gluten option (I know, so jaded). 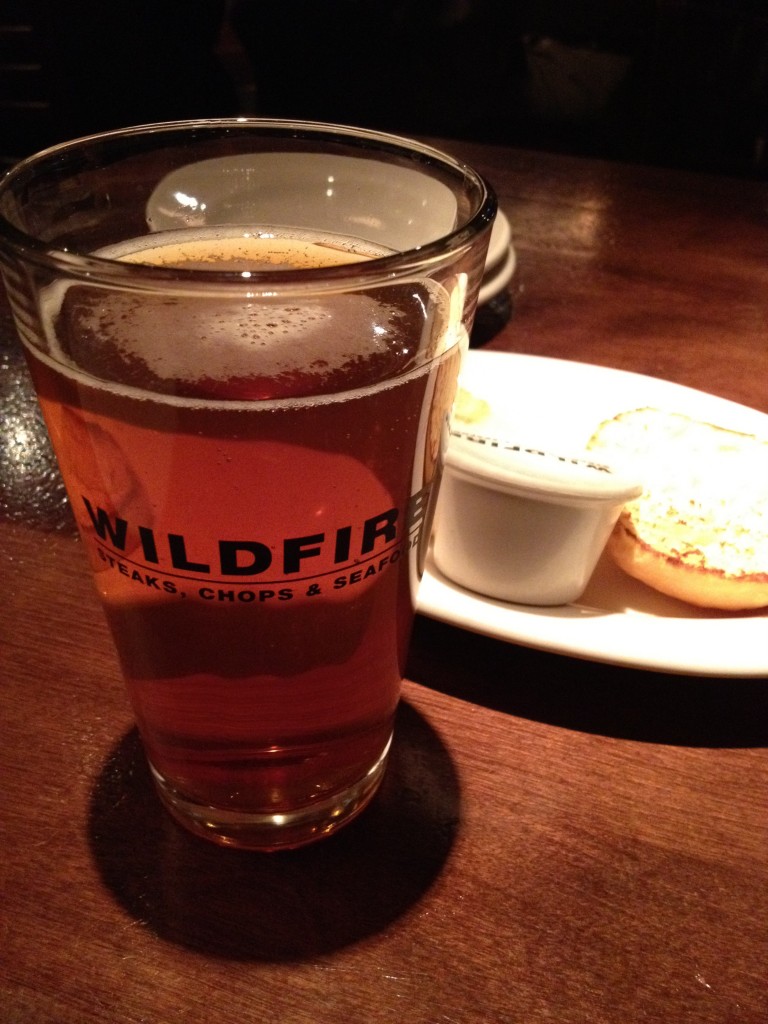 Their gluten-free menu is pretty extensive. Tons of appetizers, variations of gluten-free pizza, hamburgers, and lots of sides. I’d be very happy to have one of these in my neighborhood.

I ordered the pizza and a side of roasted vegetables in balsamic vinegar. Although I wasn’t a huge fan of the pizza, I’m just so happy that they have an alternative to gluten pizza. It was made out of a very thin crust, almost like when I made matzoh pizza once with leftover seder ingredients. This cracker crust didn’t have a ton of taste, but it was a good way to showcase the ingredients. I had the feta, olive, tomato, red onion pizza and the non-GFBF had the mozzarella tomato basil. I wish it was a bit more substantial, but I did fill up on the GF bread, so that helped. I would love to come back to a Wildfire to explore their menu – I had such a great experience there. 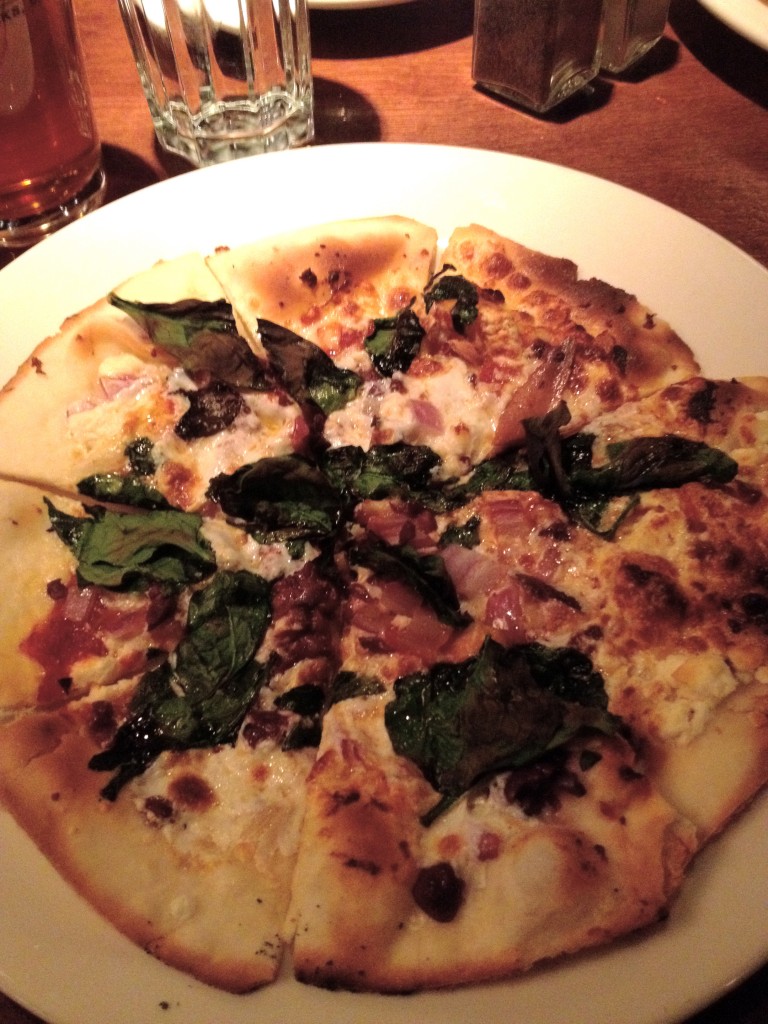 Upon waking up, the only thing on my mind was breakfast. However, the day before I had gone to a very close bakery/breakfast location to check out the menu and was met with a less-than-charming reception. He said that I just shouldn’t eat there because of all the wheat there – even the omelet. Wow, what a way to lose a customer, to not even try! So, oatmeal in a cup made out of a hotel-room coffeemaker it is. Le sigh, the life of a traveling Celiac. Thanks Glutenfreeda. 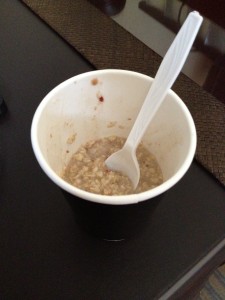 The next day we visited a local breakfast joint by the Field Museum called Yolk. Their menu had omelets, so I figured I’d just risk cross-contamination. Of course, our waitress had no idea what gluten-free even meant (seriously, how do you work in a restaurant and not know???), so I just got fruit instead of the potatoes. Not a shining moment, but I needed a meal that didn’t come out of a paper cup in my hotel room. I also ate at Big Bowl again – because the menu was so vast and so gluten-free, it was worth an additional visit. Trust me, go there! We also fell in love with Intelligentsia, because who doesn’t love coffee. 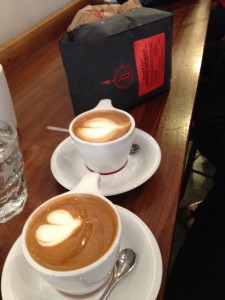 Over the next few days, I snacked on all my bars and treats that we got from the Chicago Gluten and Allergen Free Expo (more to come on that one), and ate at some pretty great places. Other culinary highlights from the trip included the following awesome restaurants:

All in all, I’m happy with the dining in Chicago – happy to find places outside of my “list” and happy with those items that I found online and from other bloggers.

Up next? The Gluten and Allergen Free Expo day!