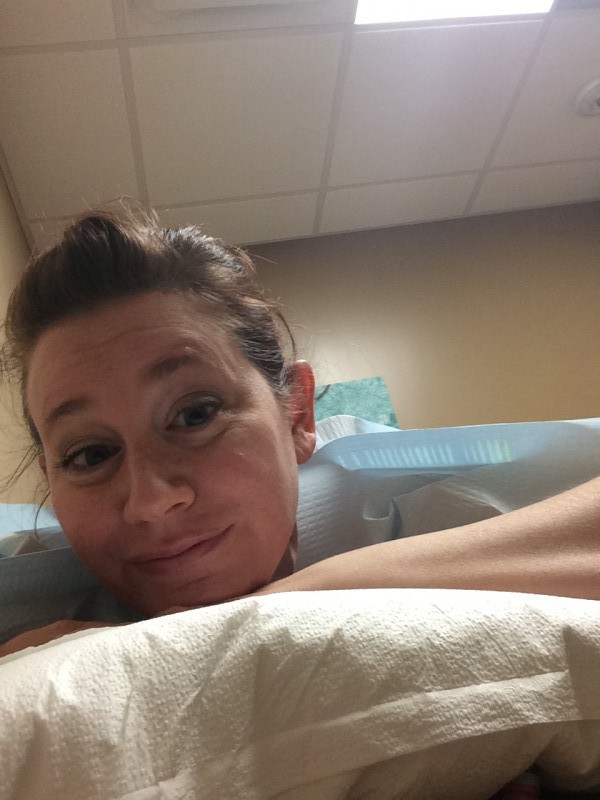 Maybe I should live in a bubble. I react to random things, and develop skin welts on occasion for no reason. I react to fabrics – I get these giant red patches on my thighs that itch so badly I break blood vessels. I have major environmental sensitivities, and I have to use scent-free laundry detergent and no fabric softener of any kind. I can’t wear most perfumes as most put me into a giant allergy attack. My skin is so sensitive. I use free & clear scent-free lotion too. All of a sudden within a minute or two of seemingly nothing happening, I’ll start to close up in my sinuses and start sneezing and my eyes itch and water. I am stuffed up all the time and nothing besides constant Sudafed works. At one point I was taking three different allergy medications at the same time. Nothing got better, I just got tired all the time. I am like a precious little flower.

So, in order to get some questions answered, I decided to go to a real allergist (not my general doc performing an allergen test) and see if there was anything going on with my overactive immune system (outside of the autoimmune disease I’ve seemed to collect over the years). I really expected to go into the office and get a food test done.

However, the allergist said since I’ve already had a negative (like to everything, even wheat) IgE blood test (IgE – think emergency room), he thought it would be silly to test again and probably get the same results.

I was actually pretty disappointed, but since it was a new doctor, I didn’t push it. (I know, I should have – argh!) Perhaps my answers were something else anyways, right? He thought that maybe we should delve deeper into the allergens that I have not had tested in my past. He wanted to do environmental allergen testing.

The nurse came in with a box full of tiny needles and she performed over 70 pricks on my back. It was more of a scratch – 70 times in a row – instead of the length and pain of a shot like the flu shot. Since nothing appeared huge based on the scratch test (besides a few trees), they did an injection of about 20 top ones in my arms. If I was going to react, I was going to react to it during this test. These tests were more like shots, injecting small amounts of the allergens into the top layer of my skin. They took a bit longer to administer and each one was annoying. I had about 10 react highly (although research states that the size of the reaction doesn’t necessarily equate to the type of reaction you will have). 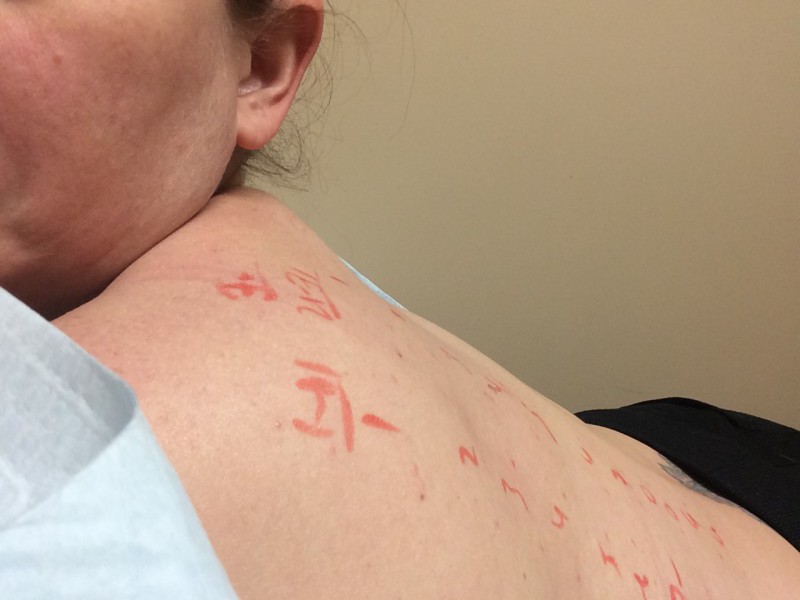 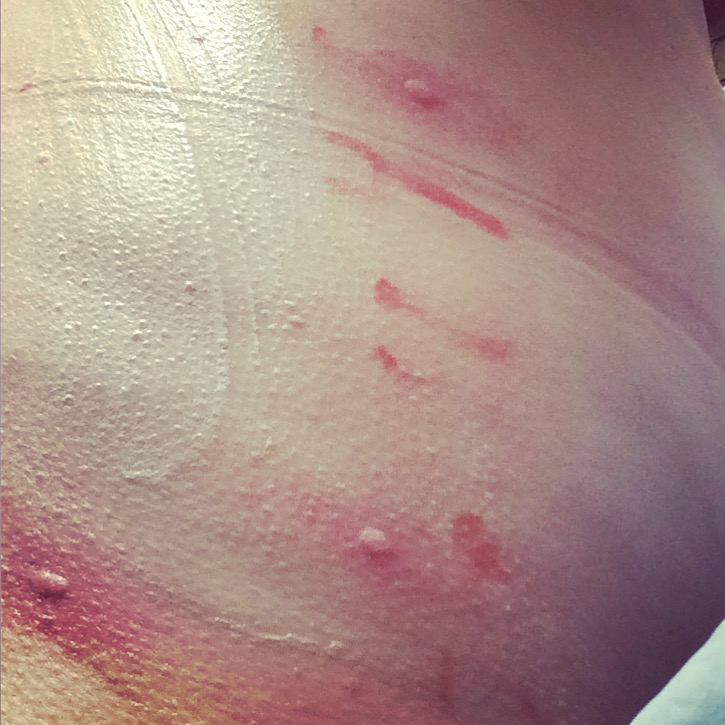 What was it really like to go through this kind of testing? A lot easier than I thought. My anxiety brain went into crazy thoughts during those 10 minutes alone like “OMG WHAT IF I HAVE ADULT ONSET ALLERGIES AND MY THROAT CLOSES UP!” The anxiety might have been the worst part. I brought in my phone and just played games for 20 minutes while the tests were happening. It’s just really really itchy. The worst was afterwards, where they slathered cortisone cream all over you and send you home with a Benadryl. I was covered in orange Sharpie and I just wanted a nap. And to scratch my skin off – especially on those last tests on my arms. The welts lasted for about a day and my arms were covered in little scabs for a few days. Luckily, Pure Barre ladies don’t judge. 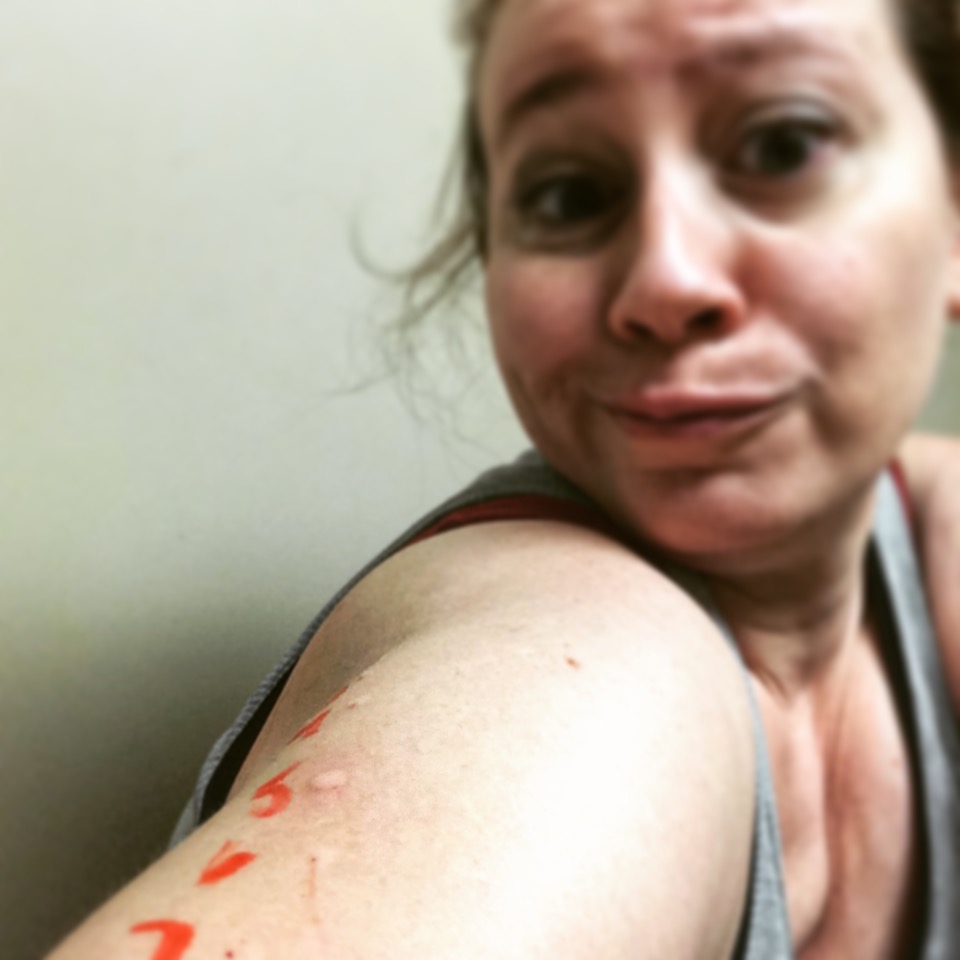 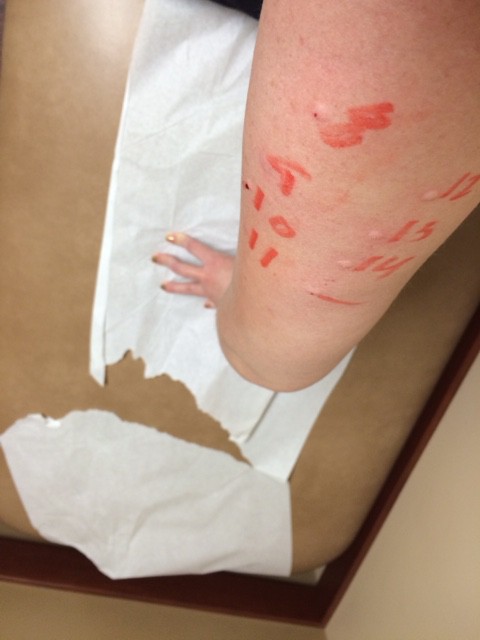 So what am I allergic to?

They prescribed me a prescription allergy pill (Xyzal) and a very expensive (argh) nasal steroid. Don’t worry, I dropped the nasal steroid and just kept the allergy pill – which is way more affordable in the long run.

And let’s take a second and talk about the worst thing, the bill. It was $700 for each round of testing. I believe they sent $1500 to my insurance. I ended up paying $500 cash. And I have no idea if I have another bill. This was far more expensive than any of the blood tests (IgE) tests I’ve done. However, this is probably the most accurate testing I’ve done.

What’s next? They want to do a penicillin challenge to see if I outgrew the drug allergy I’ve had since I was a child. When I first wrote this blog post, I thought that I wouldn’t ever have the need for penicillin. But as I write this, after a stint in the hospital, I had to take 4 different antibiotics for a hospital acquired UTI that wouldn’t quit. And you know what might have helped? Penicillin. It’s on my list now to go to the allergist and re-try.

Would I like to do it all over again for food, yes. But he’s really right. It will probably come up with the same foods that I already know make me sick. And honestly, would it change? If eggs and dairy continue to make me sick, would I try to go back to eating them again if they make me want to poop in my pants? No. Do I need to spend another $700 on something that will tell me very little? What are your thoughts?