I visited the Arizona Vegetarian Food Festival yesterday and was pretty lucky to find so many great gluten-free brands there! There were more vendors than I had expected to be there. They ranged from the Humane Society and animal rights group, to vegan clothing brands stacked full of shirts with witty meat-free sayings. There were plenty of noms there too – and while I couldn’t sample many things (as it was a vegan fest, not a GF fest), I was surprised at just how much overlap there was! Here’s a visual tour of the Arizona Vegetarian Food Festival!

CLICK ON THE PHOTOS TO LEARN MORE ABOUT THE BRAND 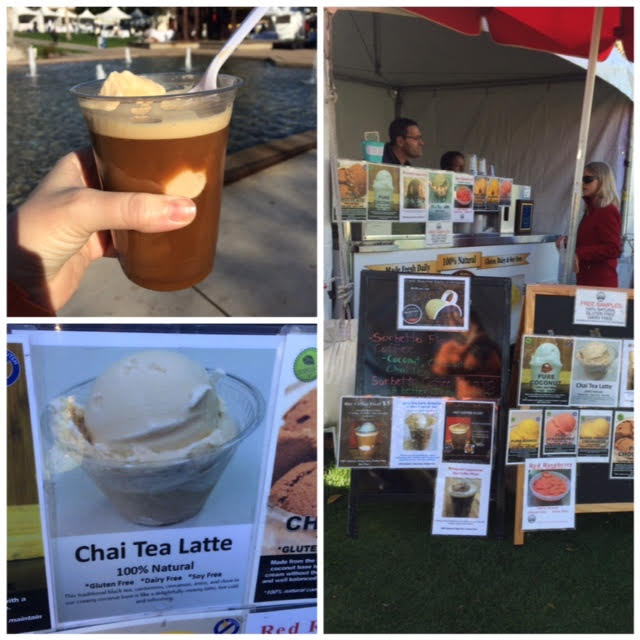 Turns out that the owner has a celiac daughter. So when I approached and asked if anything was gluten-free because I had celiac disease, I was met with a pleasant response. Yes, everything was gluten free. I had an amazing sorbetto float. It was amazing and I will buy this at Whole Foods when I see it because I support celiac families! 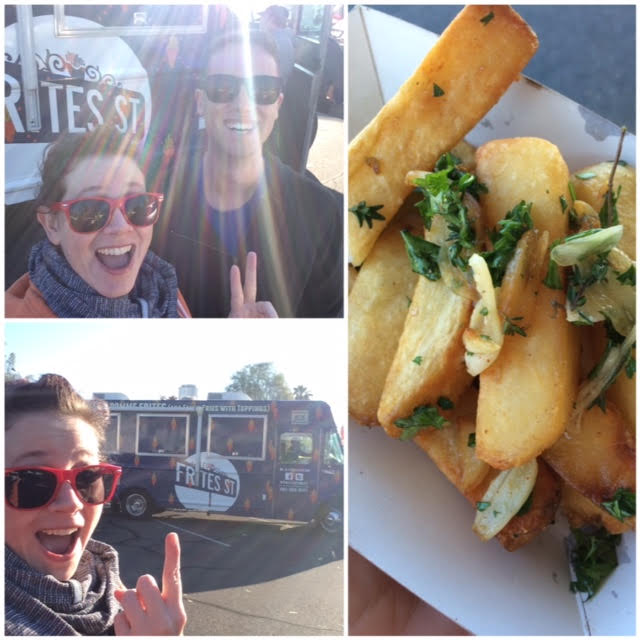 Yes, these delicious pomme frites are gluten-free. A fry-based food truck with gluten-free fries? Bring it. Thanks to my amazing friend Flip who is co-owner of this truck. He has just as many food issues as I do, and that’s impressive. LOVE seeing this food truck becoming so popular. If you’re ever in Phoenix and see this truck, you’ve got to stop and get the garlic herb fries. To learn more about Frites Street visit FritesStreet.com 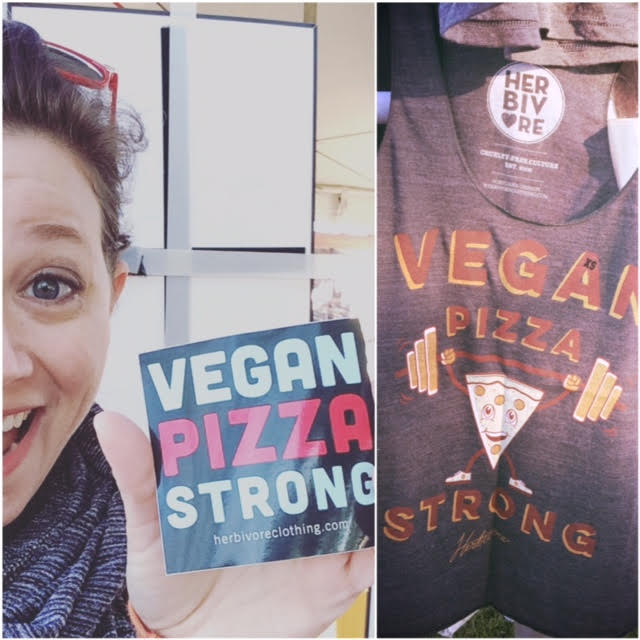 Yeah, I totally bought this. You can buy Vegan Pizza Strong sway on HerbivoreClothing.com! 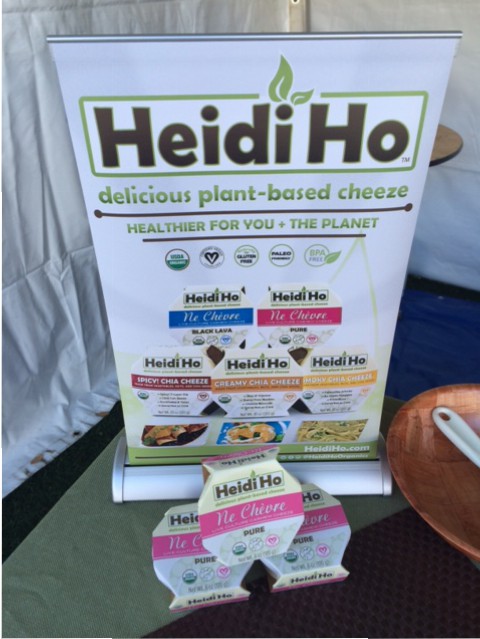 I went out to Whole Foods and bought this cashew-based cheese as soon as I could! I love being able to find nut-cheese made by smaller manufacturers! The nachos were a hit, but I didn’t get to try anything. 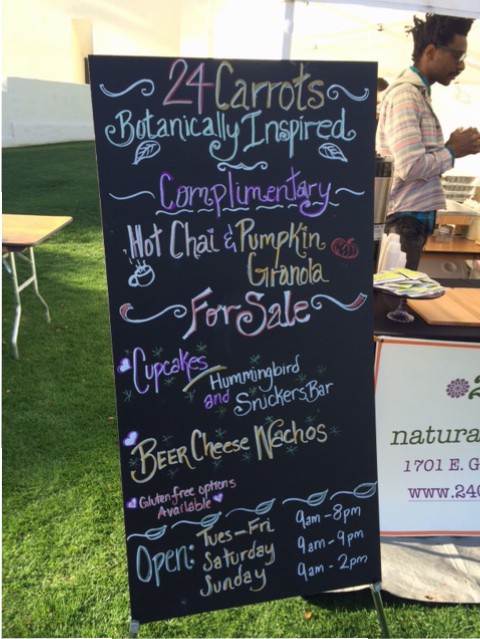 I had one of my birthday dinners here at 24 Carrots in Tempe, AZ. It’s a great little place that is vegan, but also has many gluten-free options (and yes, they get celiac and gluten-free safety). 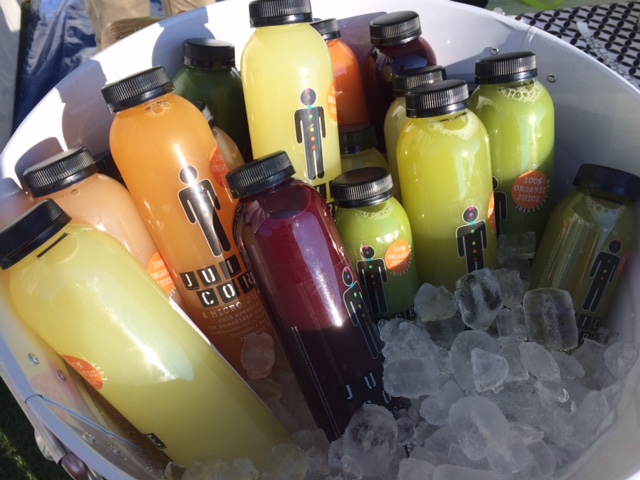 Juice Core has my favorite juices in Phoenix. While they are totally expensive, I splurge and get them whenever I see them at local farmers market. I tried a new juice that was pink lady apples, turmeric and cinnamon and it was the most amazing little apple cider juice! 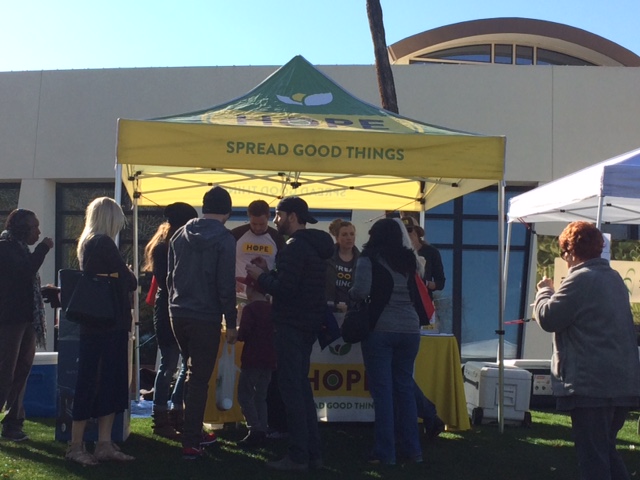 Who doesn’t love Hope Foods? Their hummus mixes are exotic and delicious. They also sell in bulk at Costco! Feeling adventurous? Try the Thai Coconut Curry Hummus. Need something sweet? Buy the chocolate hummus (yes, there are garbanzo beans inside). It’s amazing. 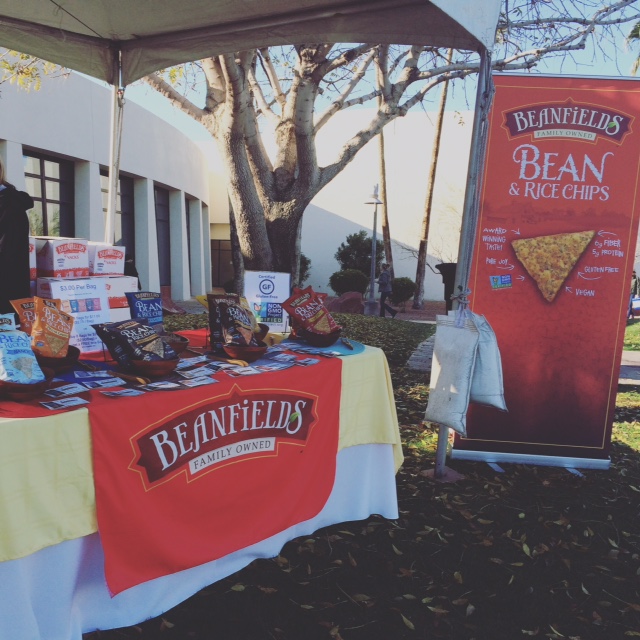 Beanfields, a long-time friend of Celiac and the Beast had a presence at the vegan festival. Why? Why not! Their new BBQ and Ranch flavors are VEGAN!Their booth was swamped the whole festival (this is a shot when the press was let in before the public). It is so exciting when a group of people that aren’t celiac find a certified gluten-free item that is awesome just because it’s an awesome product – not because it’s free from gluten. 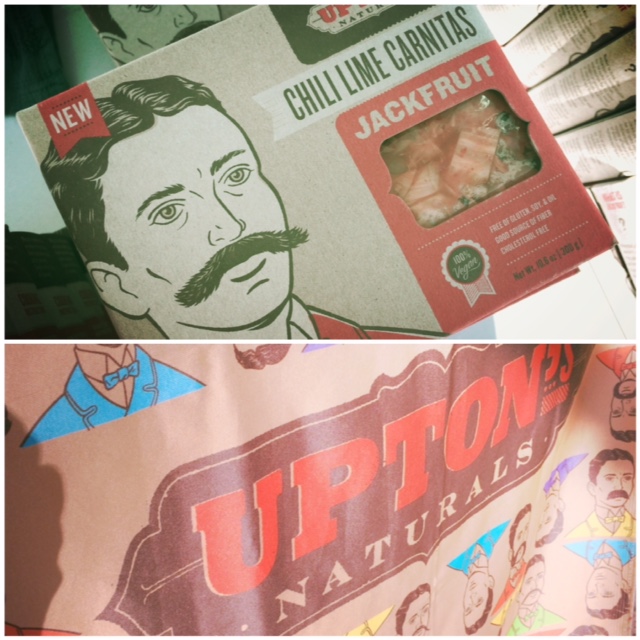 Uptown Naturals promoted new gluten-free jackfruit (be careful, their other products (seitan) are not gluten-free). This fruit is known for being an amazing meat substitute. It’s available in a few flavors. I didn’t get to try it, but trust me – jackfruit is the newest “it” fruit, especially for the meat-free community.

Hopefully these pictures show that you can visit other (even – GASP – normal) food festivals and still find familiar brands and friendly faces, and sometimes even safe food. Don’t ever lose your sense of adventure when it comes to food, even with your limitations!

**DISCLAIMER: I was given free admission into the festival as a member of the press**