Starbucks just launched their newest seasonal latte, the Starbucks Maple Pecan latte. I love maple AND I love pecan, so clearly I was excited to try this. When I tested the Starbucks Pumpkin Spice latte, it came up as safe on the Nima , and Nima themselves even found it to be safe, so I was stoked about a new fall flavor which I assumed would test the same.

I heard that the new Starbucks Maple Pecan flavor was a syrup, and came without whipped cream, but with “autumn sprinkles.” God knows what an autumn sprinkle is, and even the barista made fun of it, so I thought I’d test the latte without the sprinkles. We all know how easily gluten is found in sprinkles and toppings that we don’t pay attention to because we’re too busy focusing what’s in our latte. Coconut milk, check. Espresso, check. Syrup, check. Okay, but what about the cookie crumble topping – bet you didn’t consider that? Regardless of what’s in the fall themed sugar-coma-inducing sprinkles, I wanted to see if the latte was safe for me.

I ordered the latte and asked the barista if it was a regular syrup, or a cream-based syrup like the pumpkin spice latte. She said “just a regular syrup,” so I assumed it didn’t have dairy – like the other syrups like vanilla or toffee nut (my personal favorite). However, when I saw the next barista pump it out, it looked hella creamy. I asked to see the directions and while I skimmed it, I saw dairy. I asked for my regular coconut milk latte with dairy-free syrup (just sugar, water, and flavoring). I was bummed that I couldn’t drink it, but at least I could try it to see what the flavor was like – right? Wrong. 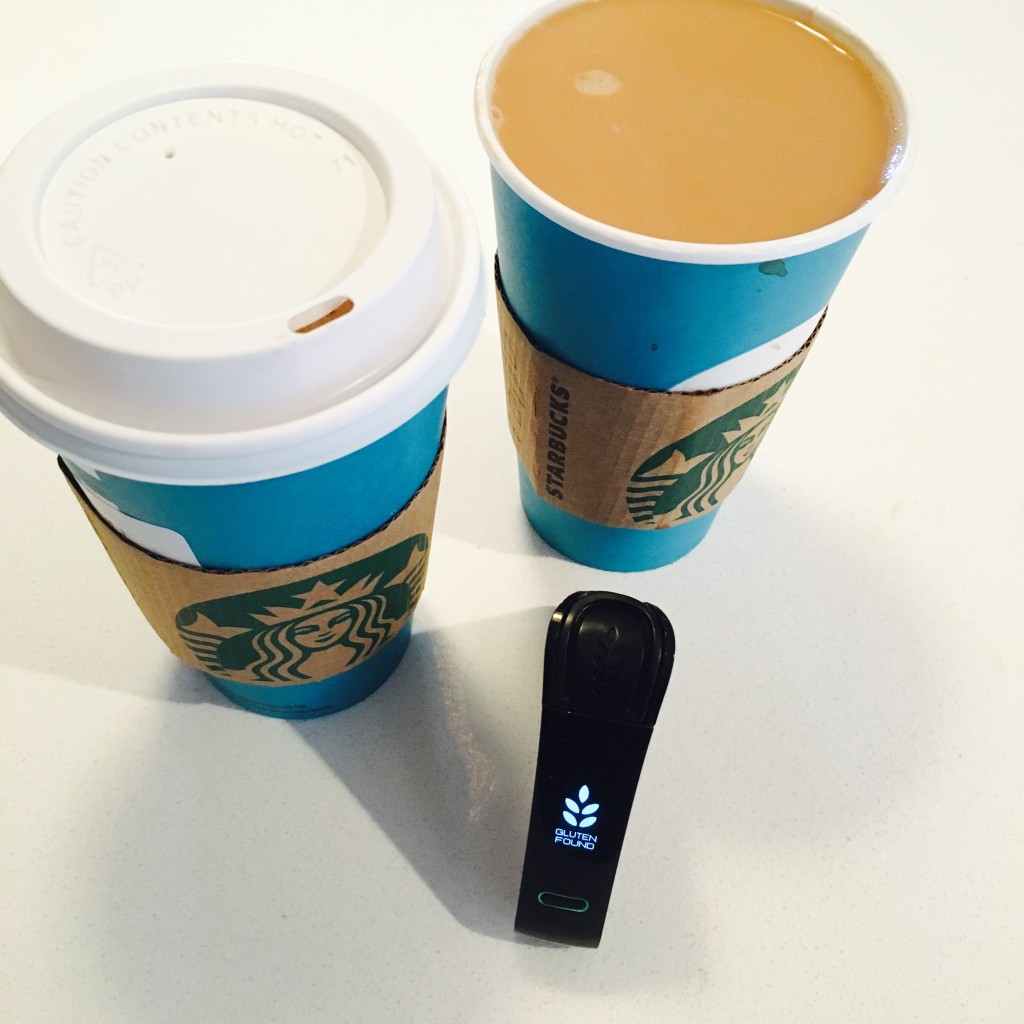 I got out the Nima and proceeded to use a clean straw to test the latte. I assumed I’d see a smile right away, but instead I saw a gluten found. Well, that’s not good. But it could have been a false positive, so I tested again. 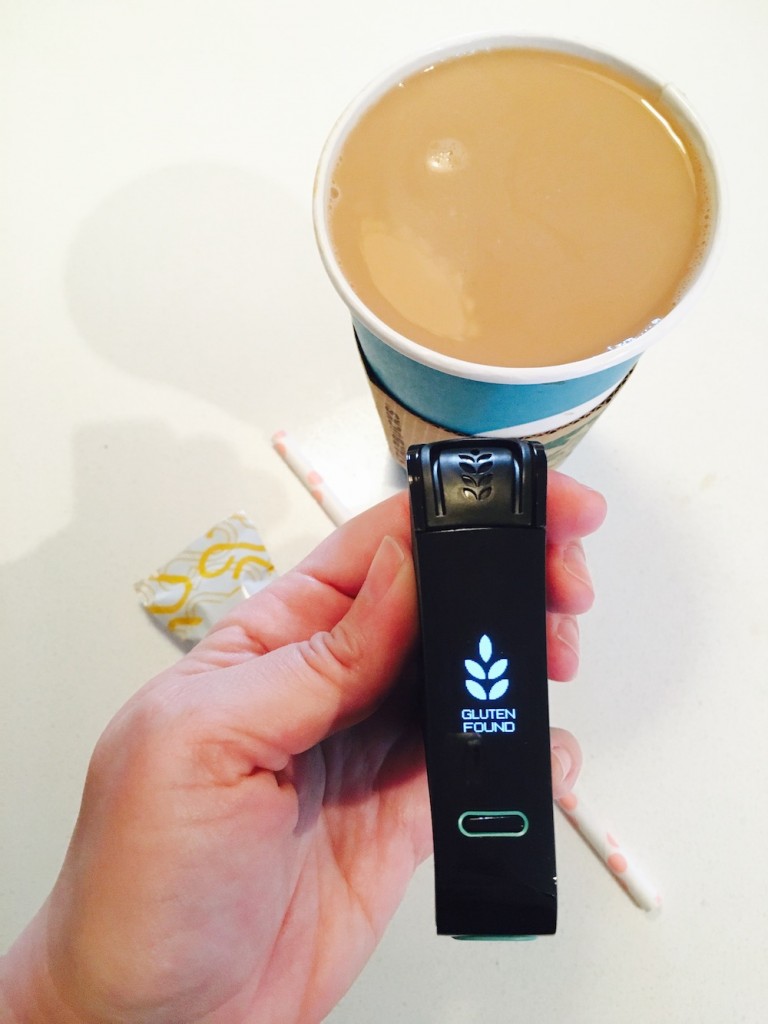 Another gluten found. I used a new straw to test for the second one, so I was perplexed at why this syrup, with ingredients that looked so harmless kept coming up with a “gluten found” reading. 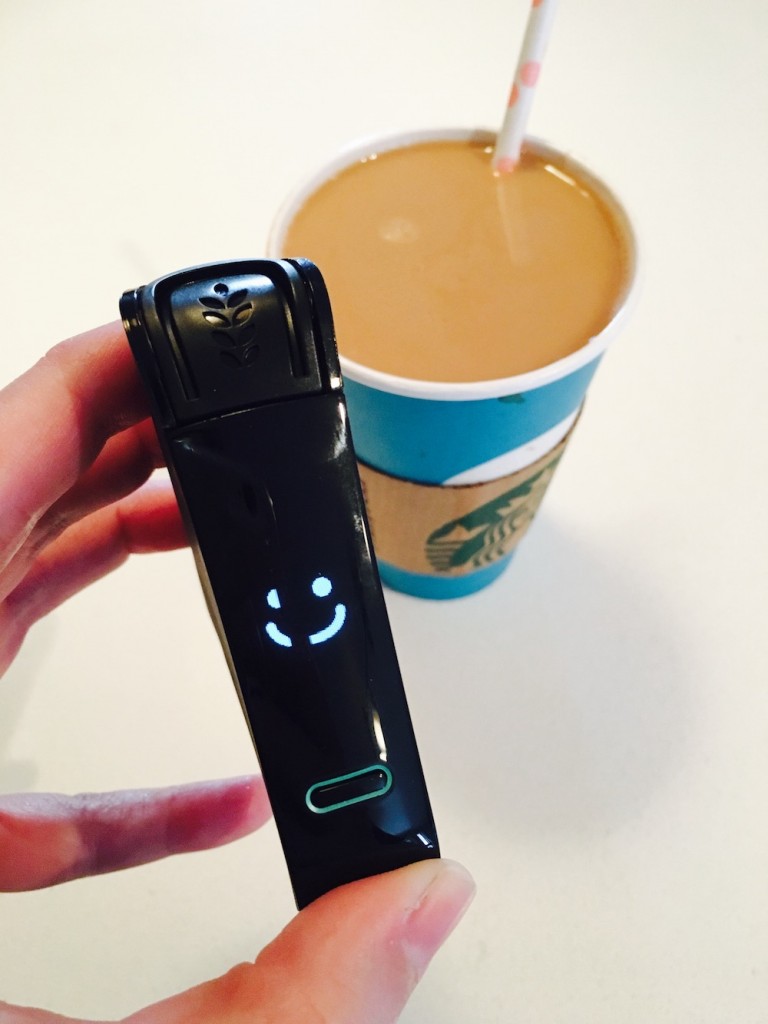 So I tried a third test, with a new straw, and this one came up as a smile, meaning no gluten detected. So what do you trust? Two out of three? One out of three? What would YOU think about the Starbucks Maple Pecan Latte? Here’s the ingredients from Starbucks corporate site. Look at just the sauce ingredients. Natural flavors are the only thing that jump out at me, especially since barley is used in flavoring and does not have to be labeled. 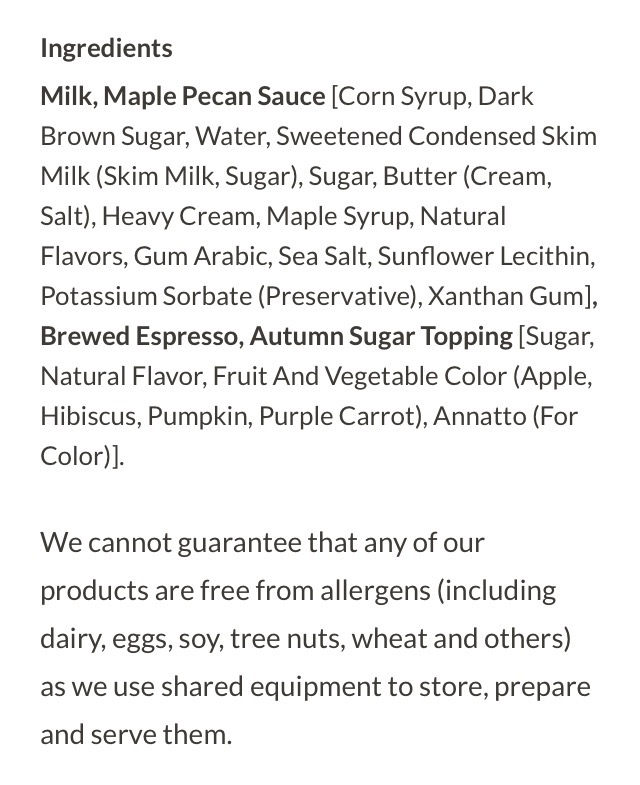 So what does this mean for celiacs and Starbucks loves? It means that while this new Starbucks Maple Pecan Latte smells incredible, like I want to bundle myself up in flannel and start a fire, I don’t think I’ll recommend it to others (that can do dairy but can’t do gluten) quite yet.

am now going to get it at a new location and sample again, at a time when I’m not saddened by this first round of testing with the Nima. After all, their new Starbucks gluten-free breakfast sandwiches are perfectly safe for celiacs (assuming they follow the outlined precautions and don’t open the bag and touch it with shared tongs). I want to believe that while Starbucks cannot guarantee that anything is safe without allergens, that we can safely consume coffee and lattes like normal human beings.

**UPDATE!** Nima tested a Maple Pecan Latte and it tested safe on the first go ’round! Is the Starbucks Maple Pecan Latte gluten free? Mine certainly had cross contamination. Others did not. While dining out is a risk anytime you step out of your home, use a Nima to make sure that your food (and coffee) is safe.

While I’m a paid blogger with Nima, I purchased the Nima and all capsules with my own money and blog about it without compensation.