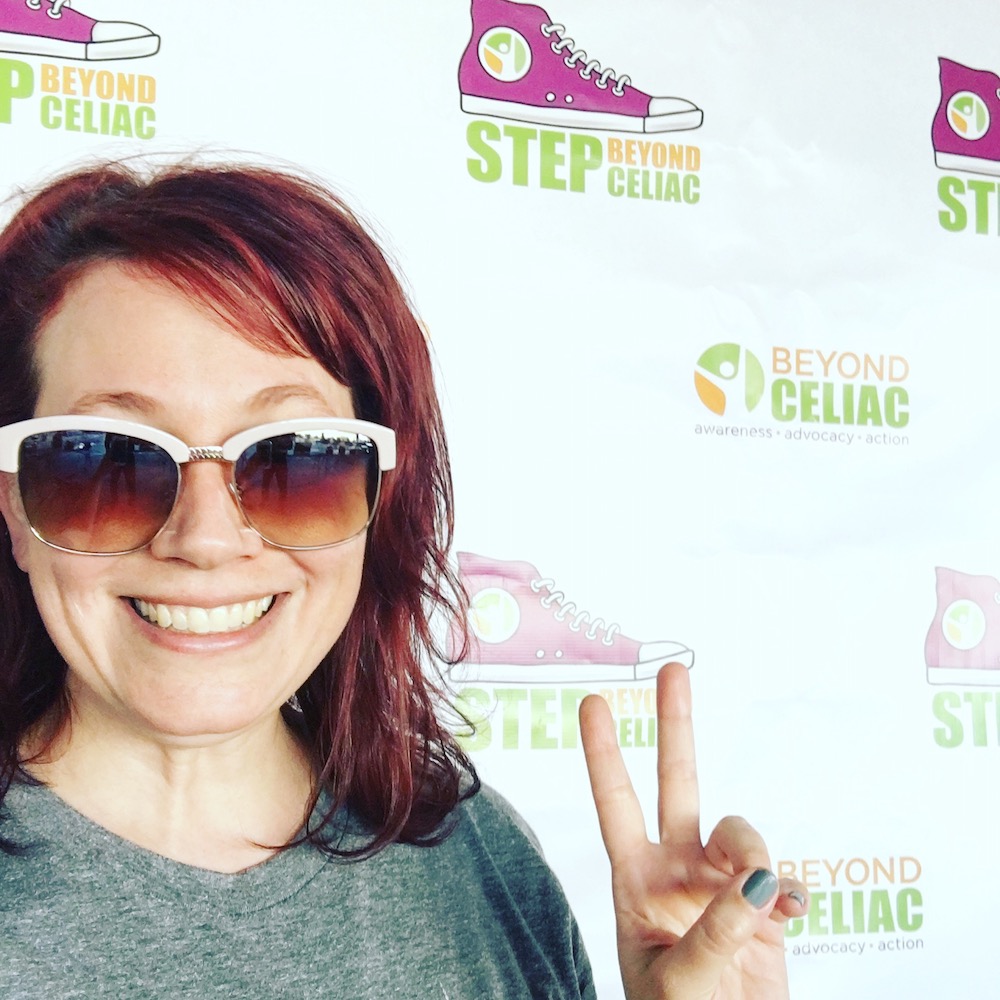 The Celiac and the Beast team raised $500! A HUGE EPIC THANK YOU to everyone who helped raise $500 for celiac disease research. 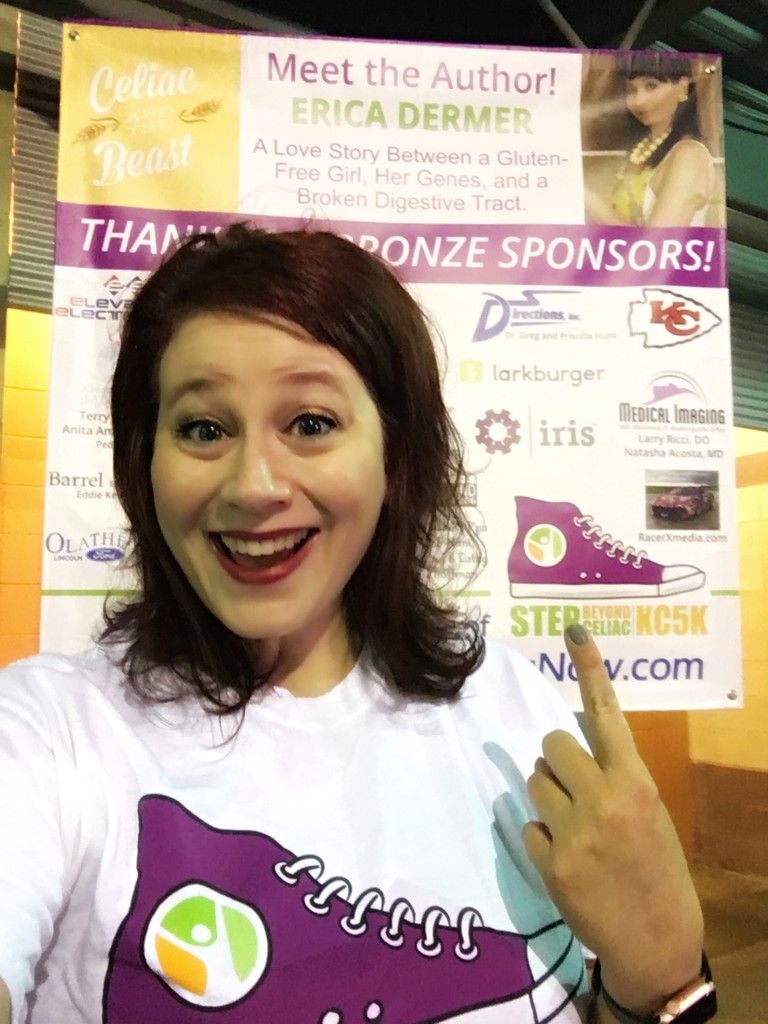 This team went all out in making me feel incredibly special. I event had a banner with my face on it! Of course, I looked way more tired flying across time zones than I do in my press shot. Unfortunately, they did not make me a personalized medal that read “1st place, professional pancake tester,” but maybe next year. 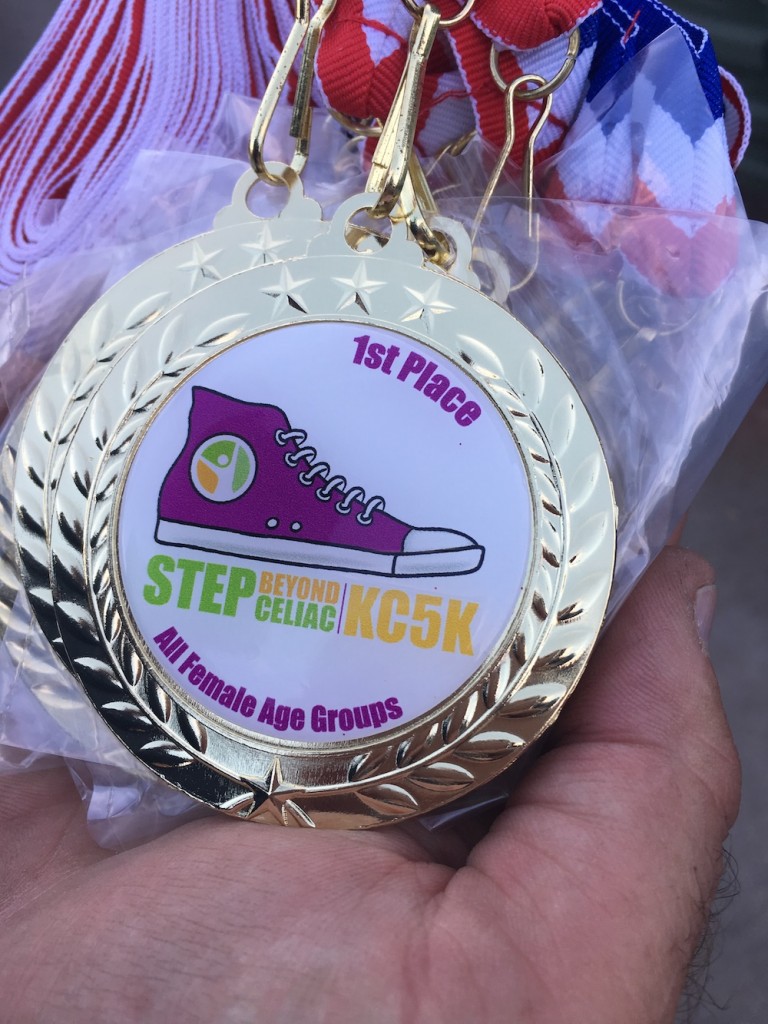 There were amazing sponsors who helped make this event happen. We also had the largest silent auction I’ve seen at a non-profit event! This includes Celiac and the Beast besties Canyon Bakehouse and American Gluten Free. I can’t thank them enough! 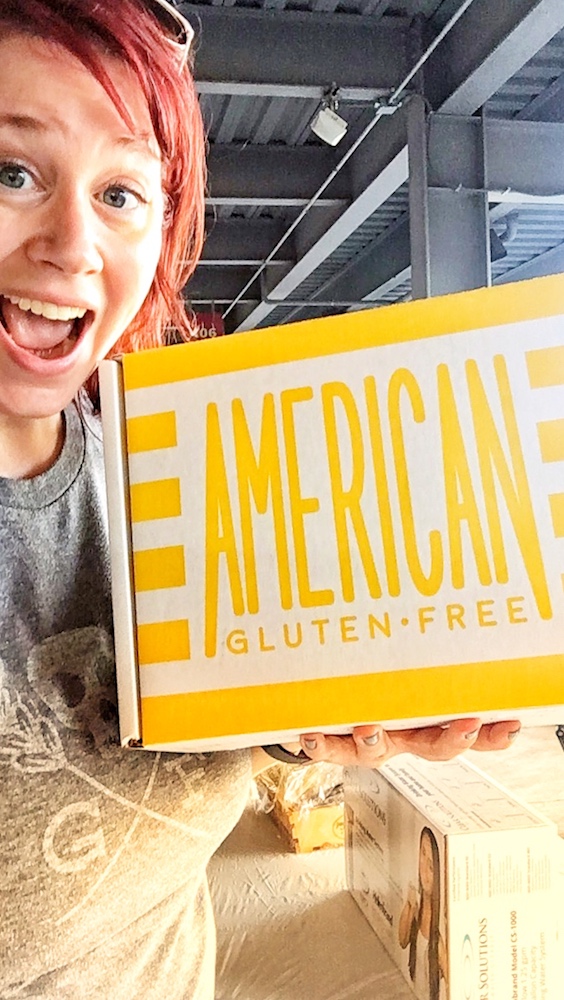 I met an amazing dedicated gluten-free restaurant chain owner during the event and had their food and snacks. T.loft was founded by Jill, when her family was diagnosed with celiac disease. There are four locations in the Kansas/Missouri KCMO/KCK area. It’s SO GOOD! I wish we had it here in Phoenix, I would eat there 3-4x a week. Okay maybe every day. These are peanut butter oat balls that fueled the racers. 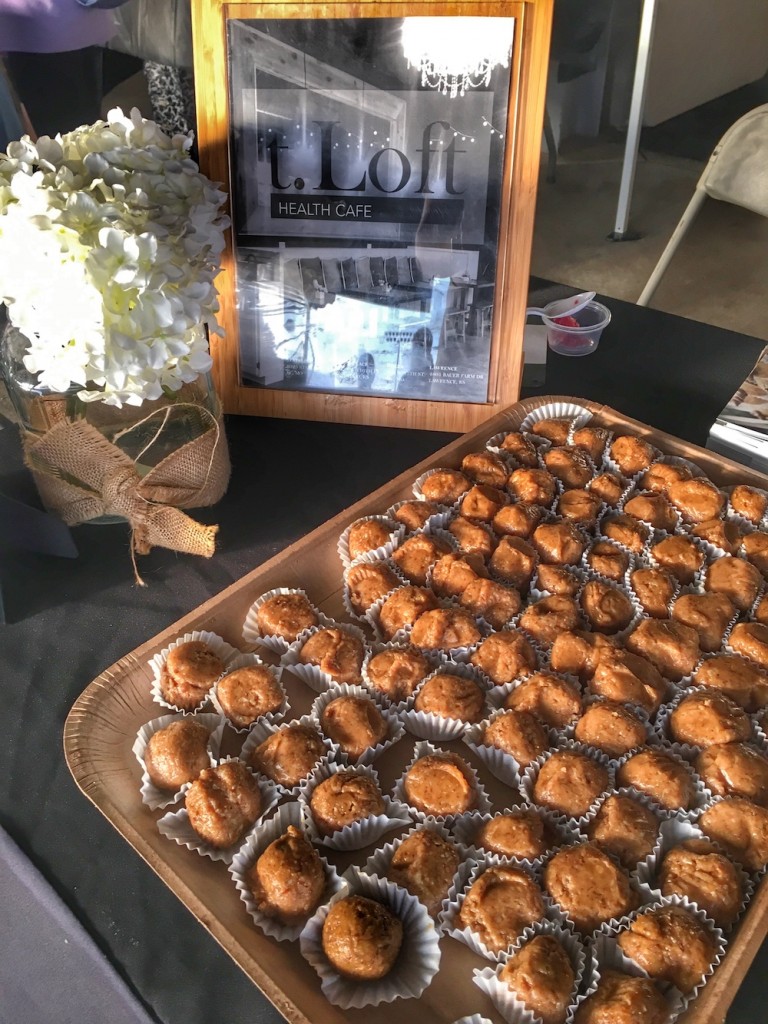 There were a FLOOD of people who came in! I can’t believe there were over 300 people there! At the first year of the event! Congrats to the organizers of this event (PS moms of celiac kids and celiac adults, not professional race organizers). This is incredible! 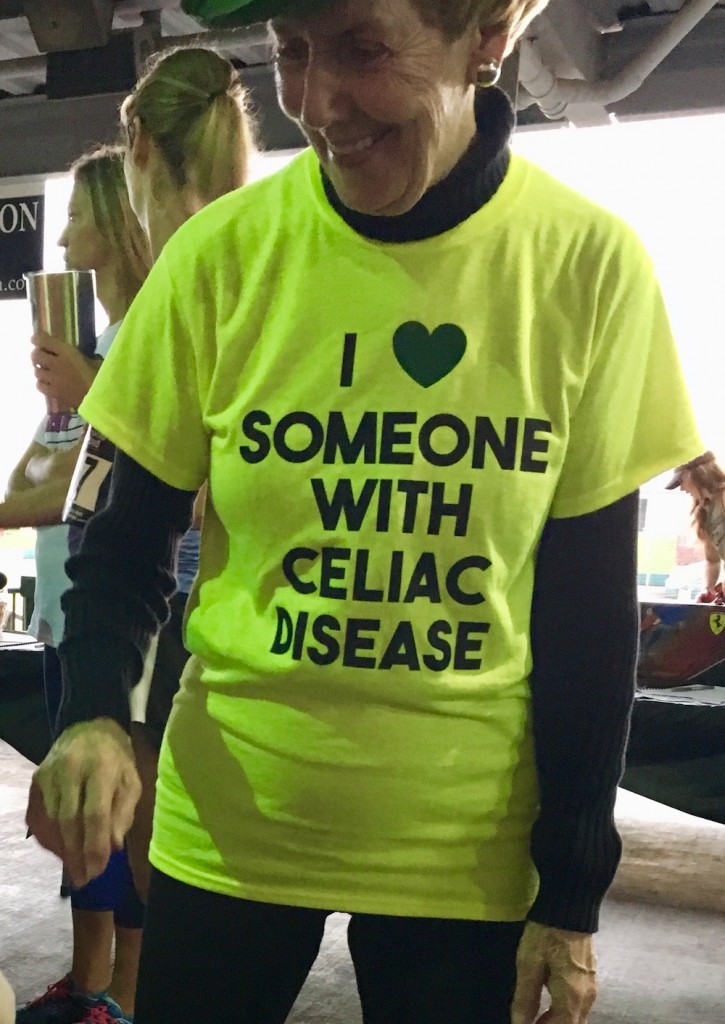 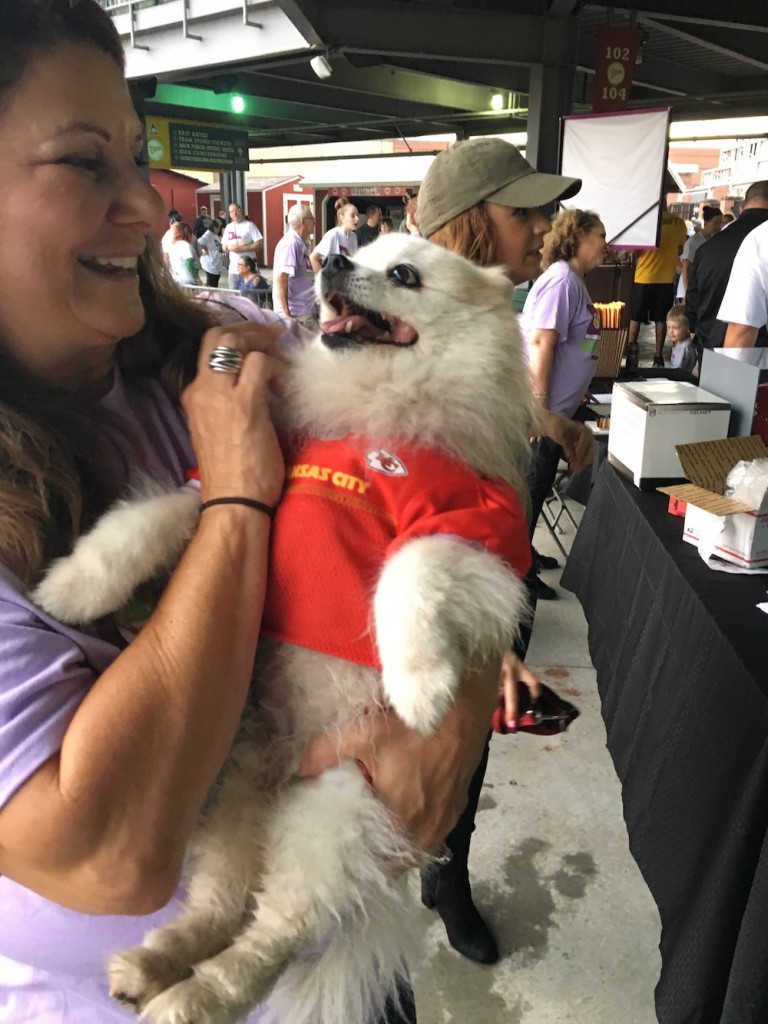 And even professional racers from the area showed up! They totally took home the first prizes, and well deserved, and were a treat to watch! Of course, there were people like me that paid to walk and sat around just watching people run. That’s my favorite part of a charity run! 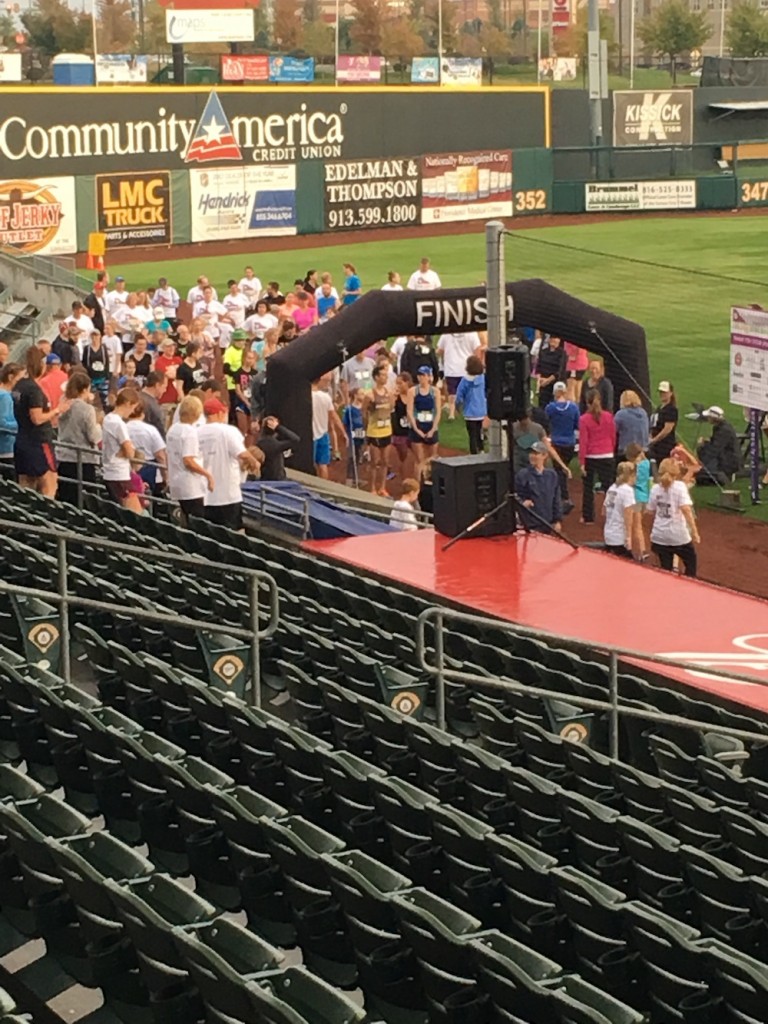 Again, pretty surreal to see my big old face on the signage at a baseball stadium! There’s a first time for everything! What a treat! 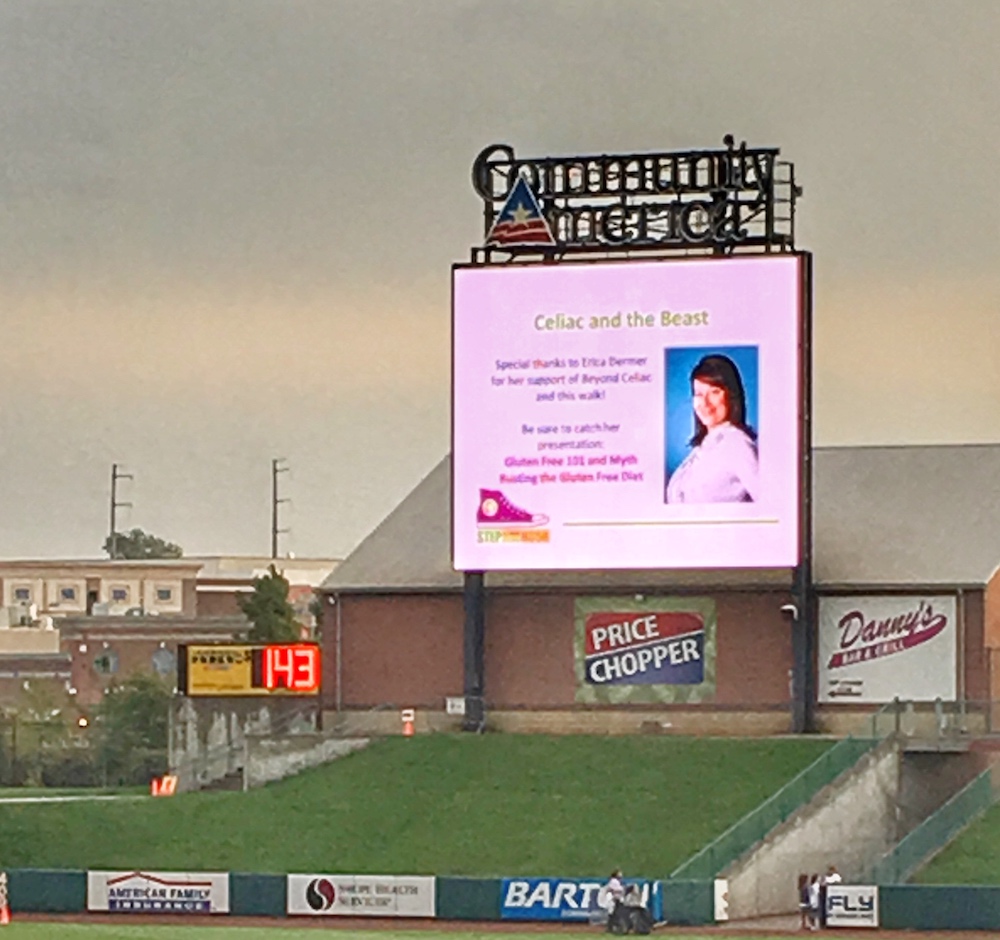 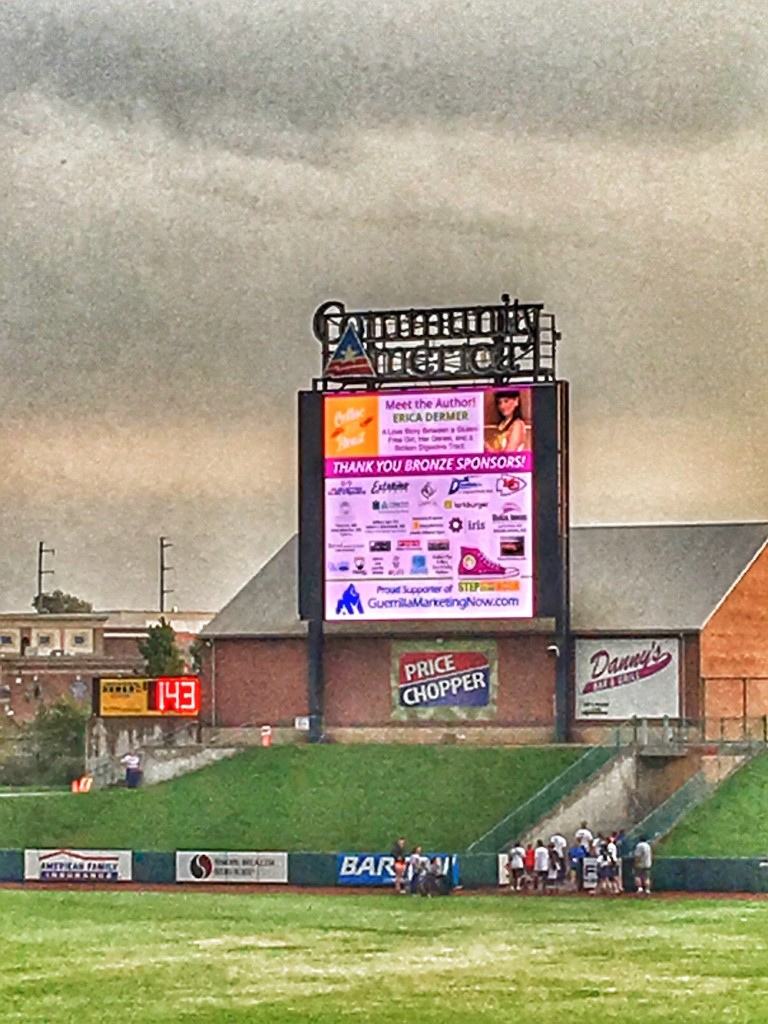 After the race, they thanked all the sponsors, announced the top runners, and hosted a Beyond Celiac representative (hi Bob!) to announce that they raised almost $60K for Beyond Celiac and celiac research! 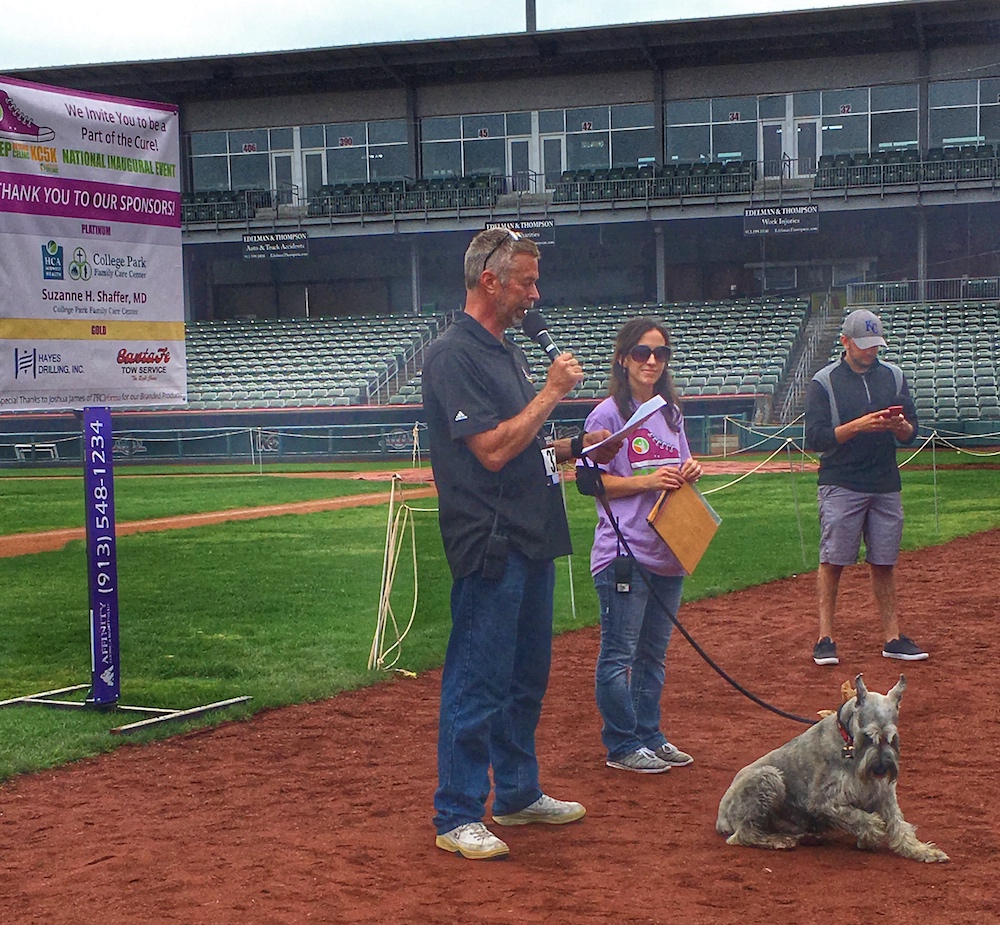 And yes, the top fundraisers, some even raising $10K+, were all adorable little ladies that schooled me in raising funds for a non-profit. These celiac gals have an awesome resume already! 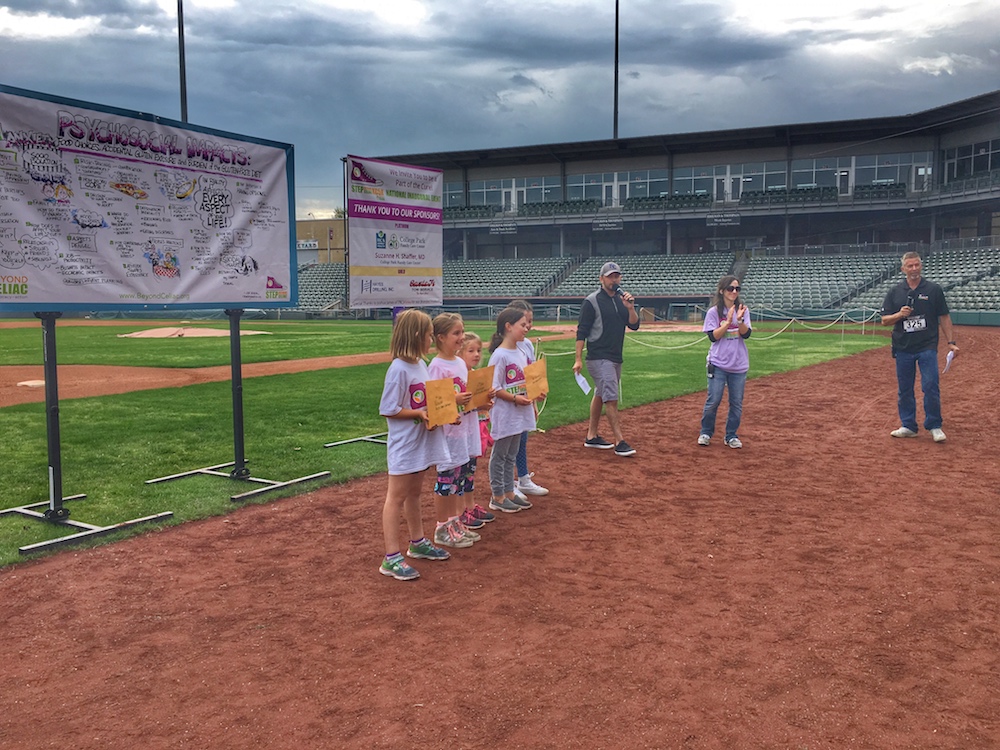 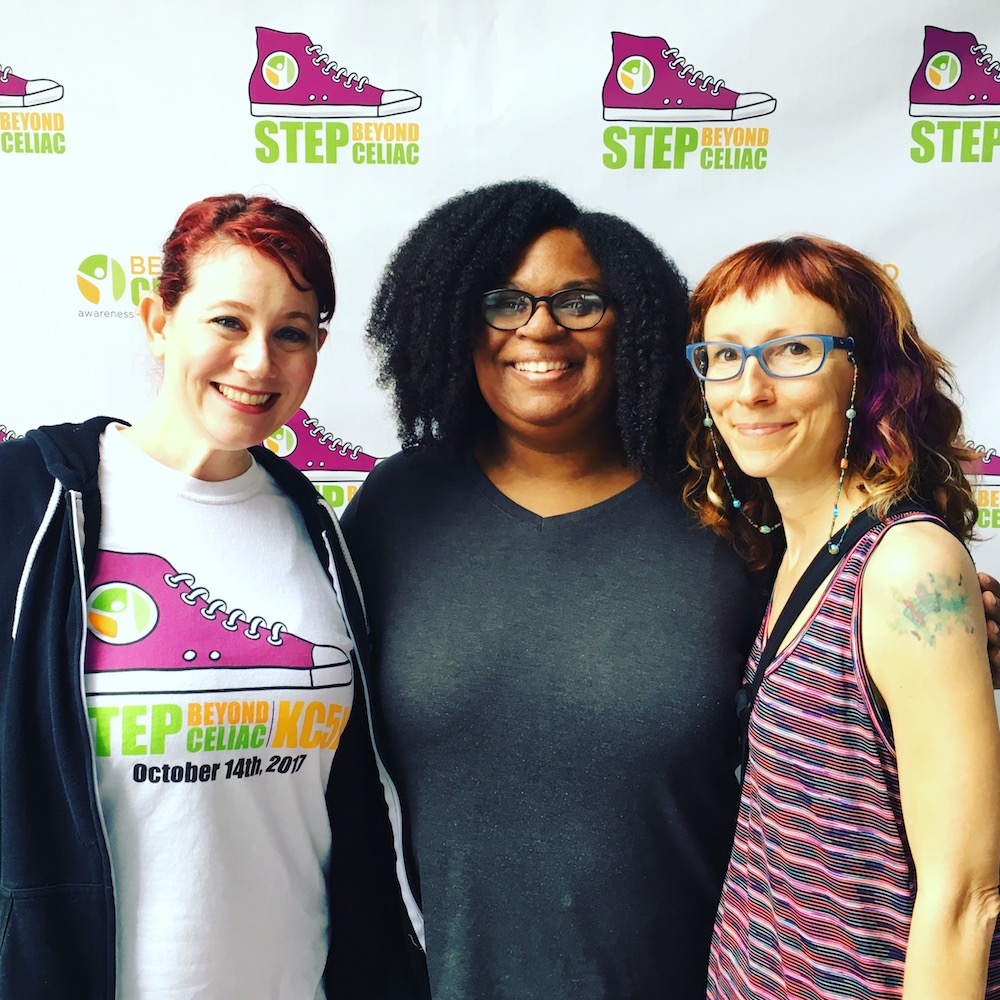 I got to speak in front of many of the runners that stuck around until the very end! While my talk is usually 101 level material, it was nice to talk to a bunch of celiacs that really knew a lot about their disease. Unfortunately, like at most of my talks, not enough people received adequate follow-up care, bone density screenings, or nutrient panels – but we’re still working on educating the entire celiac population of the world – right?

I can’t thank the Beyond Celiac and Step Beyond Celiac KC5K Team for this past y weekend. It was an inspiration to see so much money raised for a worthwhile non-profit, and see advocacy on so many levels. I was incredibly moved by everyone’s hard work and dedication to education, advocacy and fundraising for celiac disease. Thank you all. 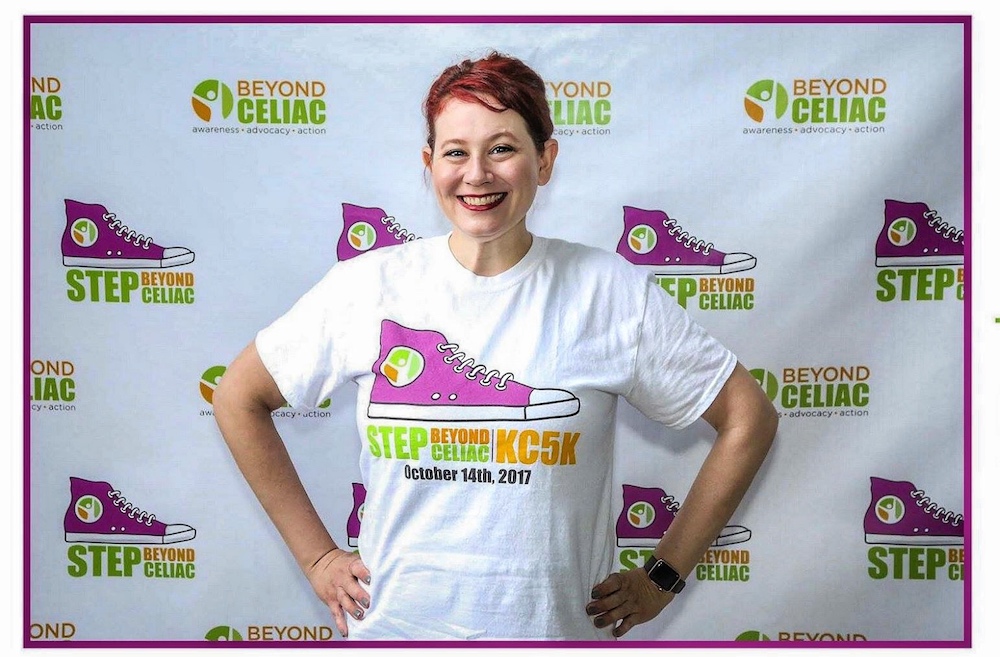