Dining Out Gluten Free: A Rant On To-Do’s

A short while ago, I had the pleasure to dine out with several other gluten-free bloggers of varying gluten sensitivities. We went to a restaurant that we didn’t know much about – other than one of us had gone before (although hadn’t eaten) and it was said that the chef was very trained in allergy preparations and there was a selection on the menu that is gluten-free or modified gluten-free. Now, this is a very fancy restaurant with a real live chef in the back – so we thought that it would be the kind of restaurant that would have everything together when it came to dining out gluten-free and preparing food safely – since the menu prices were pretty darn high, and they said that there were menu items we could eat. However, you always know how assumptions make an ass out of “u” and we learned our lesson.

This restaurant isn’t named (and won’t be), because I want to use it as an example of what to do (and subsequently what not to do) when serving our community. 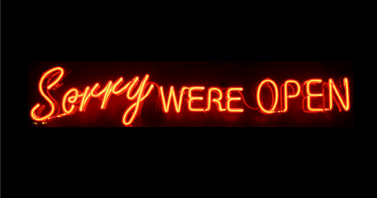 First, when we were seated, apparently chips were brought to the lounge/bar area with guacamole for us. Chips are always a warning flag for us, since they are often cooked in the same fryer as gluten-containing foods. This is why I was sick of french fries for a year – whoops. However, one of our group asked about this – and we were assured that there was a separate fryer for chips. Huzzah! One of us even made a “tip” on social media alerting others that the chips were gluten-free, because that’s what we do – we share good news with others. When the guacamole was brought out with the chips – I can only assume that no one made mention of what was in the guacamole, and subsequently those with dairy intolerances happily munched away on what we thought were gluten-free chips and guacamole (that actually had cotija cheese on top of it – thus not being dairy-free).

Before we get to our first lesson, let’s talk about what happened when we were sat down at the table. The waitress came over and started to go through the menu, starting with the appetizers and informed us that we couldn’t have any of them safely.

She then informed us that the chips are made in the same fryer as gluten-items. Our mouths dropped and our eyes got bigger. You mean, we were lied to? And we ate handfuls of chips that were full of gluten molecules ready to destroy our system? Yes. We alerted the waitress that the staff had told us otherwise and we were also going to be very sick if they didn’t know what they were saying. Minutes later, the original contact person came out and apologized that indeed there were shared fryers. Here are two things that came out of his mouth that I found terrifying. 1) “I hope you didn’t eat a lot of them” and 2)  “I checked and there’s only been one menu item fried in that fryer since we opened so it was only a little.” And here’s where I started to lose my shit.

TO DO: FRONT OF HOUSE, DON’T ASSUME ANYTHING IN THE BACK OF HOUSE. First, let’s start with the guy who didn’t know what he was talking about. By assuring us that the fryer is separate – you made several people ill. If you do not know if they are fried separately, ASK FIRST. Do not assume. Check daily with the chef and kitchen staff.

TO DO: DO NOT TRIVIALIZE IT THE AMOUNT OF CROSS CONTAMINATION YOU HAVE. Secondly, don’t ever say “hope you didn’t eat a lot” – wouldn’t you want us to eat and enjoy the food that you should be proud to serve? And it doesn’t matter if you had one chip or the bowl, gluten is gluten, buddy. Again- doesn’t matter if you put one gluten item in there, it’s contaminated now and you can’t tell us that you’re using a separate fryer.

TO DO: ALERT PATRONS OF INGREDIENTS. I know this one is a struggle, but damn – at least tell us that there’s cheese on the guacamole. When we ask about getting food at the bar and we’re not looking at menu items, I’d love to hear you say “Our guacamole is fantastic – it’s avocados with a base of cotija cheese.” and then our little dairy ears would perk up and say “oh, that’s going to make me feel like I’m going to have a food baby in an hour, no thanks.” I think it’s different when you’re actually at a table that you have an informed server that can explain ingredients, but if you’re going to bring out food at the bar, it’s just a courtesy I would dream of seeing one day.

TO DO: WHEN YOU KNOW YOU DID SOMETHING WRONG, MAKE IT UP TO ME. If I were the one who ate the chips and the waiter said that to me, I would have thrown a fit. I’m not good about that stuff in public. Although he did apologize, he never really asked how we were feeling, or what he could do in order to make it better. Oh man, if I was the manager and I screwed up that badly and made someone ill, I would do the following things – bring the chef out to see me to apologize for the miscommunication. Even though it’s not his fault, at least it saves the restaurant face. Then, I’d offer someone a hefty gift card to dine with us again, make it up to you next time. Perhaps even offer to give a tour of the kitchen or sit down with you and understand YOUR needs and how you and other patrons like yourself won’t get sick.

The rest of the meal was all down-hill from there honestly. Although the chef was informed of what was gluten-free, and the waitstaff thought they knew what was going on, they didn’t. They didn’t mark GF or GF-friendly menu items on the menu, and the servers had to rely on memory what part of the dish had gluten in it that had to be subbed out or what dishes were naturally gluten-free. Of course, that’s terrifying to the person asking when everything out of a server’s mouth is “uhhh, I think that’s gluten-free, but let me check.” I love that you’re checking every five minutes with the chef, but please know ahead of time what things are safe without giving us the blank expressions of a doe about to be tackled by a Chevy truck.

TO DO: MAKE GLUTEN-FREE DINING EASY FOR US AND THE FRONT OF HOUSE: Mark your menu items with a GF or RGF – request gluten-free. Make notes on the menu or on a piece of paper that servers can carry around that talks about what needs to be subbed on each dish to make it friendly. That way patrons can feel safe about ordering a dish and servers don’t have to look like they don’t know what they’re doing. Make it easy for them to make us feel at home while dining.

Service was just plain old terrible the rest of the night. No one was attentive to us, frankly – because I think we scared them. But, we were giving them so many chances to make it up to us – so many chances for redemption, but it just failed.

TO DO: PAY ATTENTION TO HOW THE DISH IS ORDERED. If we ask for something on the side, we mean it. If the entire table is gluten-free, except for one person – take note of that. Make sure the food runners know that this dish is special and needs to be announced as such. The entire table was sharing off of each other’s dishes and should I have not known that was gluten, I would have gone Incredible Hulk on someone.

Lastly, we received the dessert menu and were told the only thing on it we could have was sorbet. Please note that the other items were a FLOURLESS chocolate cake and ice cream. We’re all scratching our head’s saying – um, flourless? You make a flourless cake for people like us – why does it have gluten. So we asked if we could get whatever ingredient on the cake that had gluten (was it the icing?) to be removed so we could try the cake. The server checked with the chef and told us “the cake has gluten throughout.” I just put my hand’s to my head and sighed. A flourless chocolate cake with flour, I’m done.

Needless to say, I will not be dining at this restaurant again unless there is a complete overhaul of the system.

What are your tips to restaurants looking to make it right with gluten-free diners?