Breast Cancer Awareness Month EVERY Month: When I Found a Lump

A few weeks ago, I found a lump in my breast. For someone who has always been called a hypochondriac (because that’s what celiac can do to you), I figured it wasn’t a big deal and I’d give it a few weeks. Later, it was still there, and there was a nagging feeling when I was at recent conferences, away from home, that I needed to get it checked out by a professional. 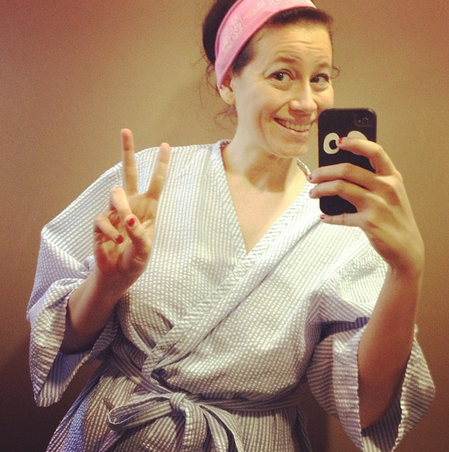 I went to my general doc, and she felt it and said that I needed to have a mammogram and an ultrasound. Naturally, I started to panic and have irrational thoughts and actions. With my anxiety disorder, anything that’s wrong with me is always blown out of proportion until my medication kicks in or I start to realize that I’m being dramatic. But a lump in your breast? That’s some serious shit. Especially since it wasn’t a regular thing for me to find something irregular in my lady pillows.

But we don’t talk about breasts. Sure, we talk about Breast Cancer Awareness Month. We buy Yoplait when they sponsor the Komen foundation. We give money to breast cancer foundations and we spend the month of October wearing pink. But think about the last time you gave yourself a breast exam. When was the last time you looked for something out of the ordinary? Do you REALLY do it every month, or do you slack because it couldn’t be you, right? When was the last time you had a mammogram (if you’re over 40 or have a history of cancer)? Sure, we talk about breast cancer openly when it comes to finding a cure, but when it comes to getting down to it and putting on a hospital gown and getting your boob squished and held by random techs, it’s a different story. I mean, it was different for me, and I can’t imagine I’m the only one.

So, I had a mammogram. I was standing in a room, with boobs hanging out, working with a tech on getting my breast squished to high heaven several times over. But it wasn’t awful, it wasn’t the worst pain I’ve had (not even close), it was just uncomfortable. And when it comes to being embarrassed that your boobs are out, don’t be. This woman sees a billion breasts a year. She probably won’t remember yours, even if you run into her in a grocery store. Then the ultrasound came, and that was totally pain-free, and mostly just weird. I was mostly just scared he would find a baby in there, but luckily it was just a breast. 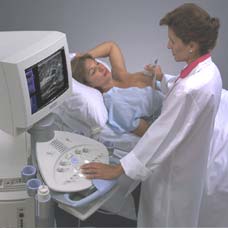 Luckily, after the numerous tests, they haven’t found anything scary that requires more investigation…for now. I’m watching and waiting and hoping that it’s something totally lame and benign. But that’s just my story. Let me tell you about a story of my good friend.

Her dad recently passed away from cancer, and after a long and unfortunate family history, she made the decision to get the BRACA test done to find her genetic possibility of developing breast cancer. Unfortunately, the test came back positive. She decided to be proactive and have a double mastectomy and get post-masectomy breast implants. Like Angelina Jolie, her decision might be considered controversial to some. But it was her decision, and she was being proactive with her genetics and family history. More importantly, she was a devout breast checker – something we should all strive to be. Thankfully, her life is somewhat normal again, other than she has silicone instead of tissue to fill a bra.