The short answer is no, I most likely did not make the United/gluten-free thing happen.

It just so happens that I tweeted United before my SheKnows.com Disney Aulani trip to Hawaii about their lack of gluten-free options in their snack line-up. While they offered vegan things, they didn’t offer anything gluten-free. Clearly, I was unhappy, but – like most of us – I travel with an entire pantry in my bag anyways. 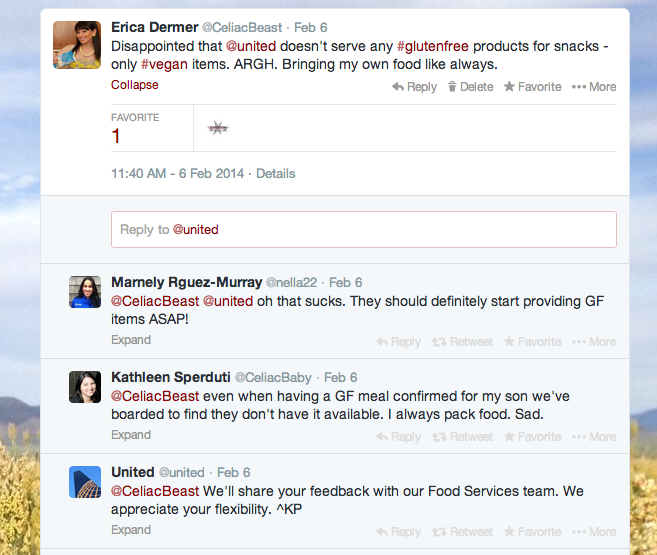 Then today I open my inbox and see that United has added a gluten-free snack bar to its snack line-up!

CHECK OUT THE FULL ARTICLE HERE.

They’re taking out regular dressing and adding all gluten-free dressing to their premium cabin. Granted, I will never be able to afford to fly there, but that’s still awesome. Their snack boxes are now at least 1/2 gluten-free, which we know is not all there, but 1/2 is better than 0/2. They’re also offering a la carte gluten-free snack bar options.

What does this mean? Well, United, you’re forgiven for one. But ultimately it does mean that companies do listen to the feedback we give them! While I may not have been the straw that burst the gluten-free camel’s back (or whatever that phrase is), I did make them think about gluten-free options for travelers. While you should always bring you own food with you while traveling, at least companies like United make it a little bit easier for people like us!