For a recently-turned-dairy-free girl, I’m really sick of almond and coconut ice cream. It just tastes fake and has SO many ingredients that are so unnecessary – even from “natural” brands on the marketplace. I miss frozen yogurt SO much and it’s just not worth the stomachache to get what I really crave. So when I saw that Mr. Dewies was launching a cashew frozen dessert, I was very interested and started salivating days before the expo. The minimal ingredients and flavors are amazing – and that pint of coffee flavor I tried would be gone in one sitting for sure. I want to marry this dessert. It also doesn’t hurt that the owners/founders of Mr. Dewie’s are two amazing brothers with a mission. These guys need to make it big time, because 1) I believe in them and 2) I need this on a freezer case near me immediately. Positive thoughts that they get distribution everywhere ASAP! 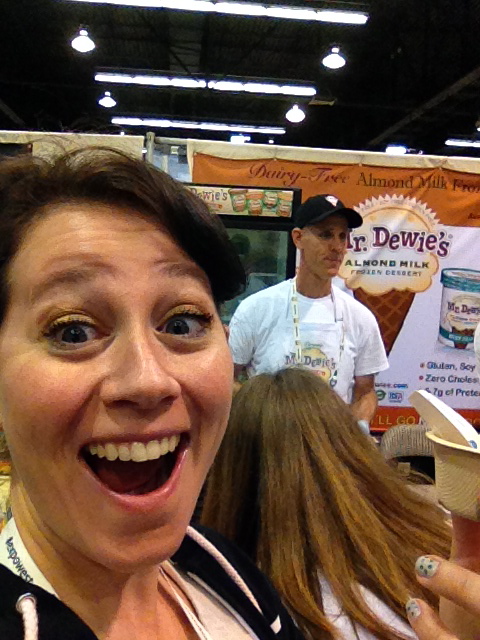 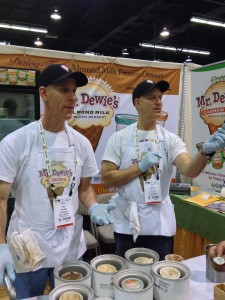 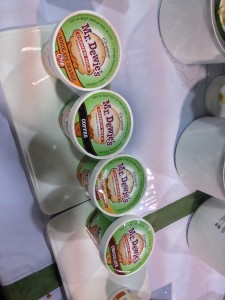 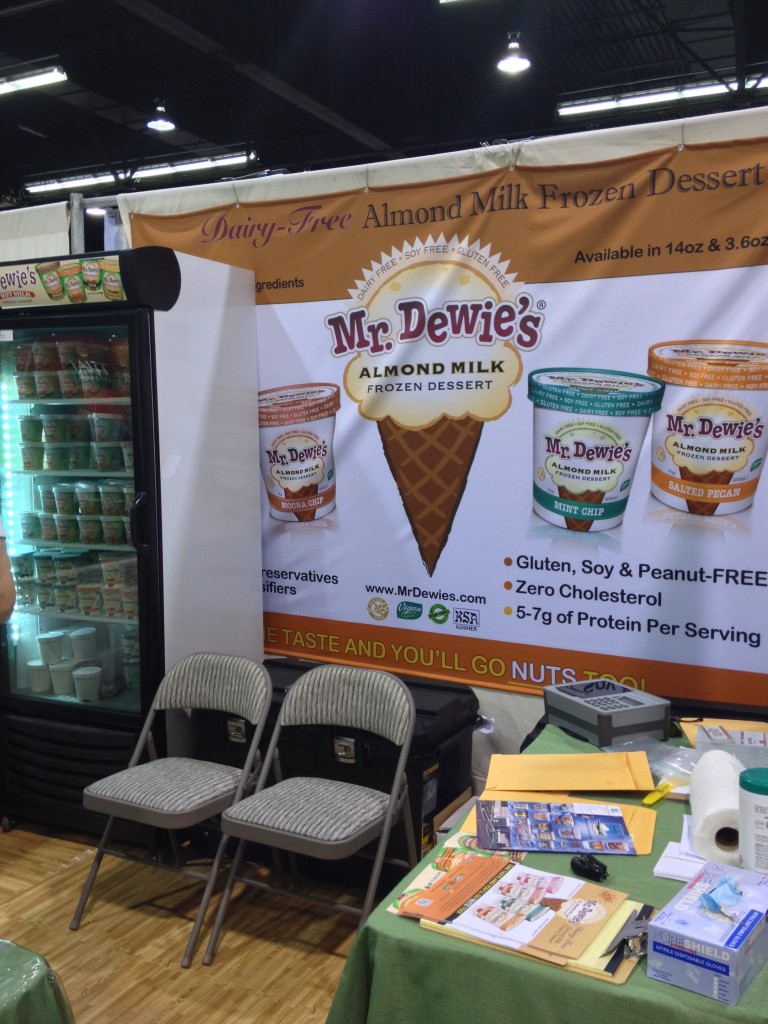 While I love my Eat Pasty gluten-free vegan cookie dough – some dislike the garbanzo bean flour taste. Looks like there’s another option on the market with Cappello’s. While I’ve been seeing this online for awhile, I haven’t had a chance to order it yet (or try it). It’s just as amazing as people say it is. I love Cappello’s. If you haven’t had their grain-free (not vegan, sorry) frozen pasta – you’re missing out. Support these guys – they deserve it! 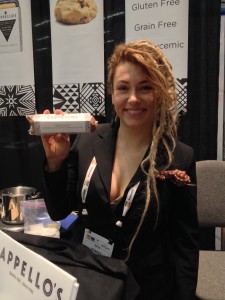 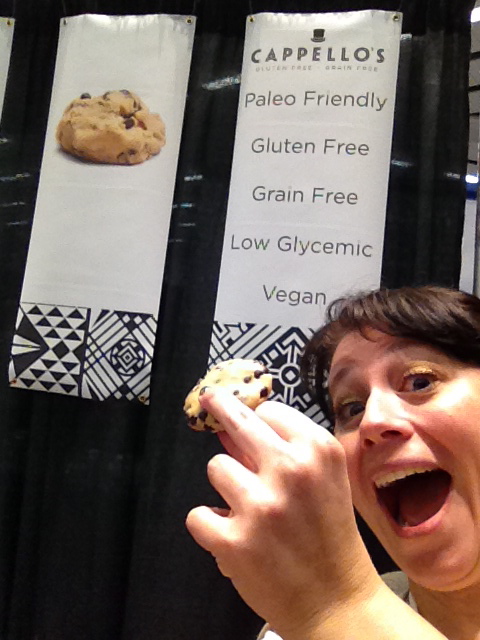 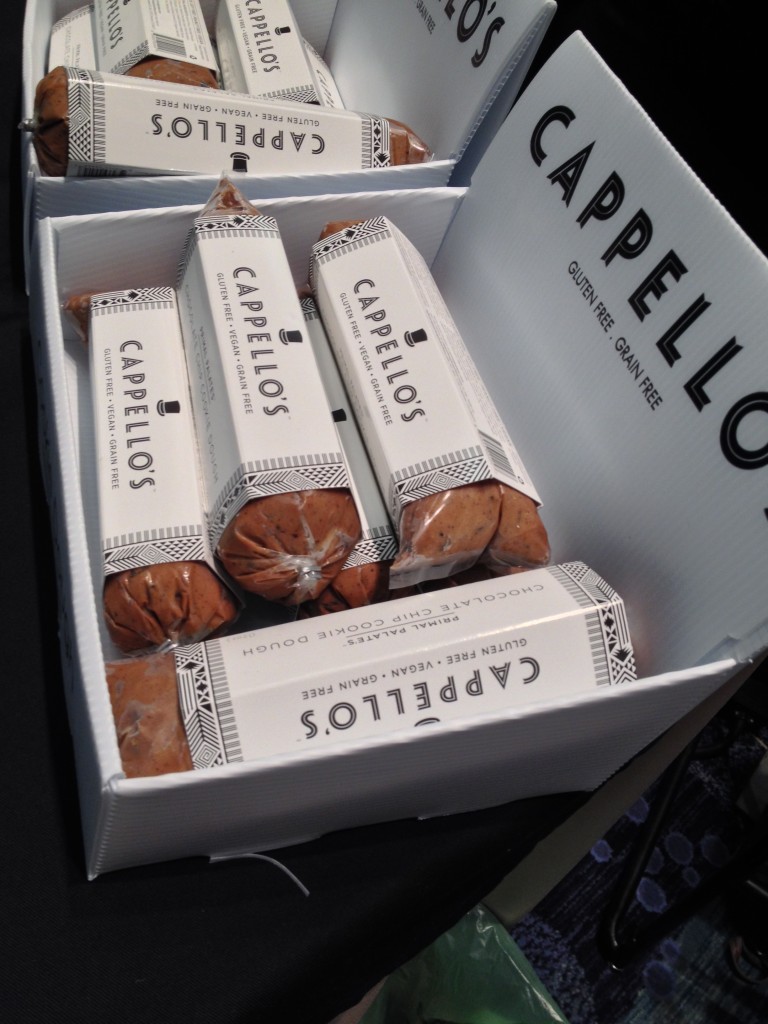 You know how much I like Pascha chocolate bars, and you know how much I love coffee – so it shouldn’t surprise you that I love the two of them together. In fact, Pascha launched a whole line of new products at Expo West, including some chocolate morsels! Remember – Pascha is an allergen-free company, so this product is vegan, dairy-free, soy-free, etc. We love them! 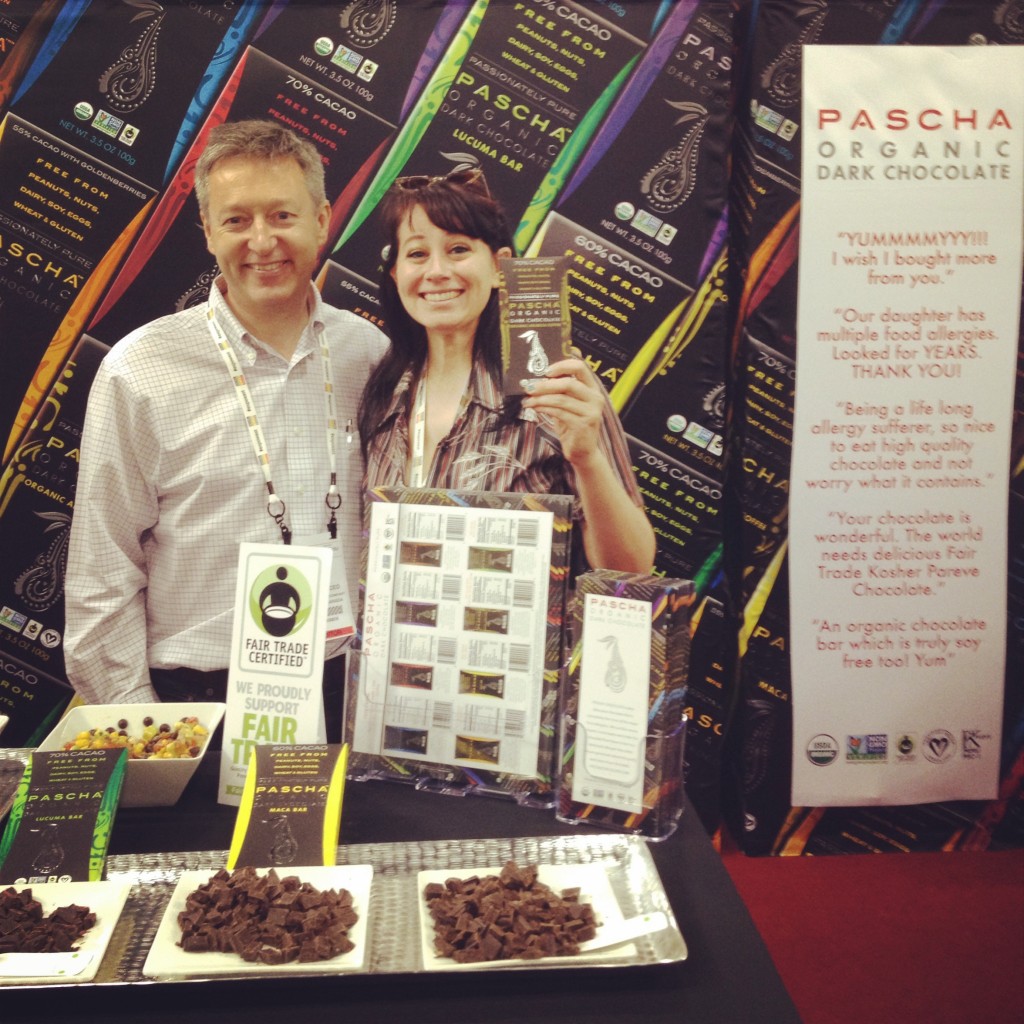 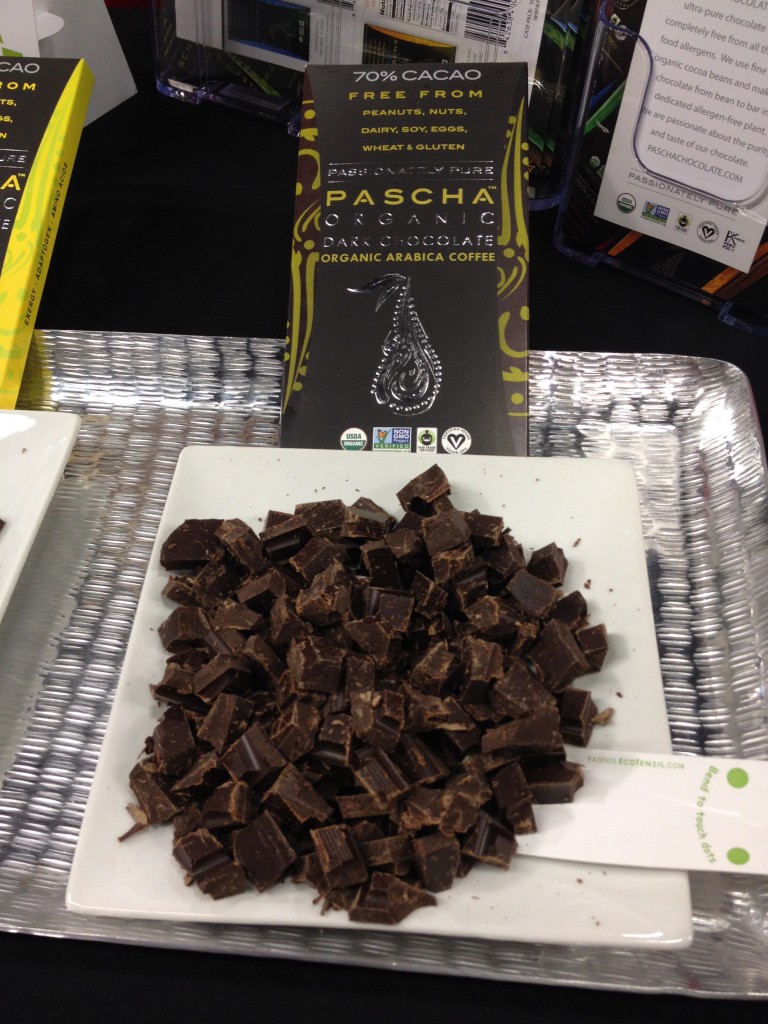 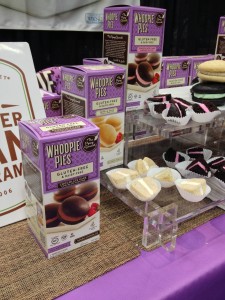 After NadaMoo courted me via social media to try their product, I finally gave in. Wait, who am I kidding – do I ever need to be coaxed into trying a dairy-free frozen dessert? NO. NadaMoo was one of the products available in the press room and I took DOWN this sample size of their new vanilla chai flavor. I will certainly be purchasing this coconut-milk-based ice cream in the future! It’s certified gluten-free and found in a freezer near you! 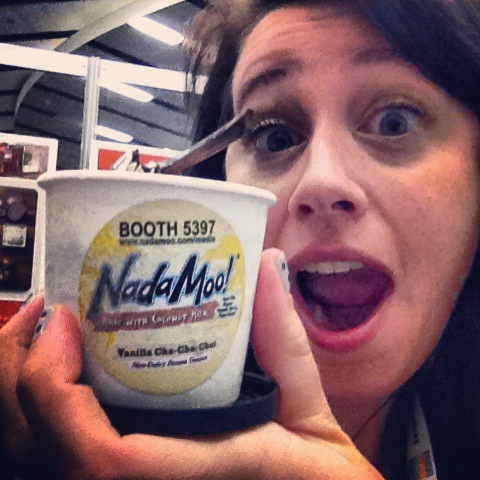 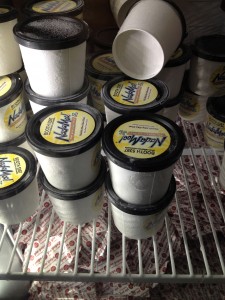 When approached by their PR contact, I was hesitant to put nuts on my list of “must-visit vendors.” While the nuts and seasonings are inherently gluten-free, the cool allergen info about this is that they’re made in a peanut-free facility! This is great news for peanut-free people looking for other nuts! While I was initially excited for the cardamom cashews, I found that the cinnamon pecans were my favorite – reminiscent of the nuts that you can buy from street vendors during street fairs or at the Renaissance Festival. These are amazing. I just placed my order for three bags – come quick! 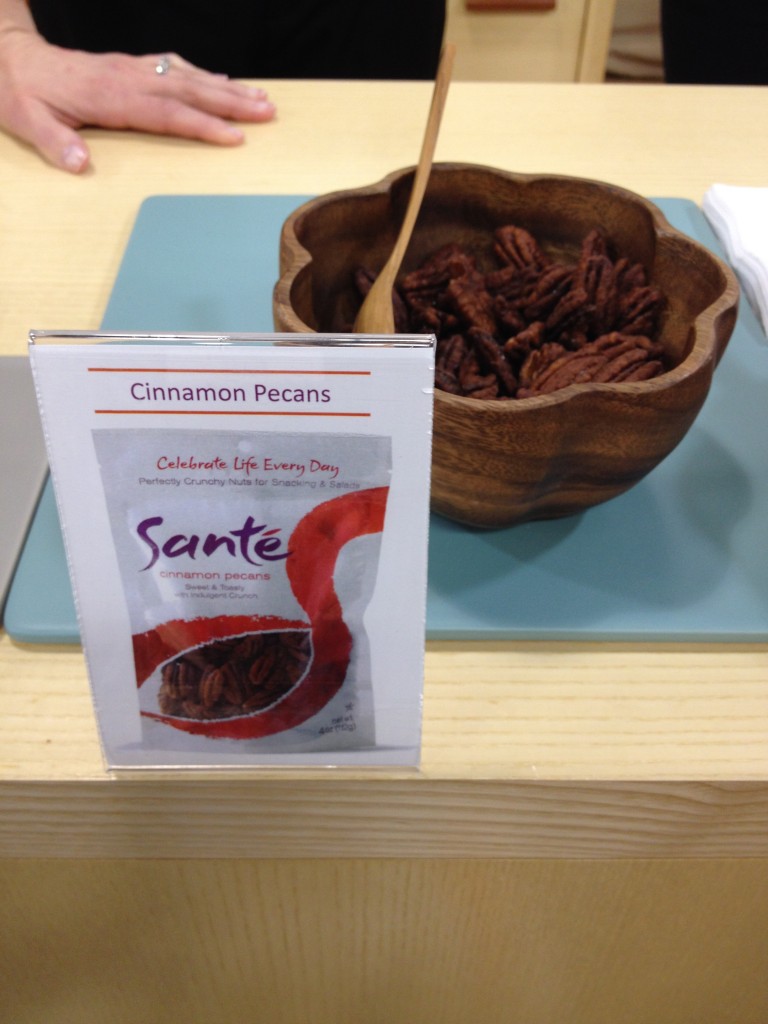 Sante Nuts are nuts! SO GOOD!

While I didn’t get a chance to try this yet (and my GFF Sarah got a package to take home), this looks awesome – and I love the idea of a kit! This company is amazing: great products, a great story – all the things you want from a gluten-free company. Cool ladies – SUPPORT THEM! 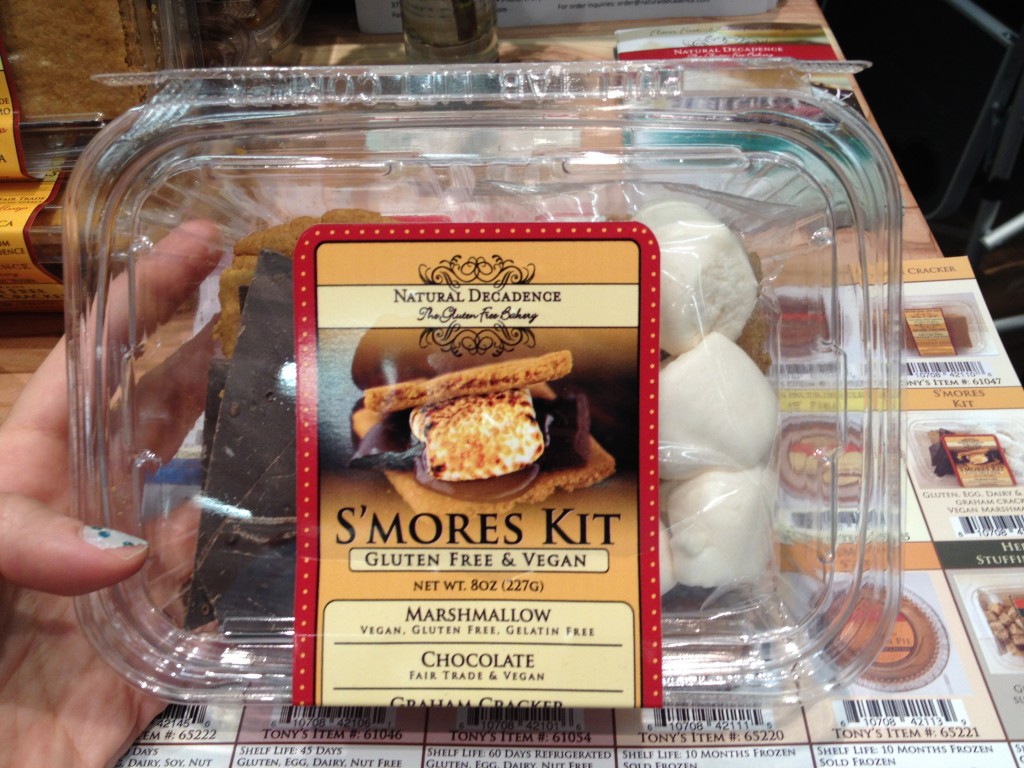 Seriously awesome products on the marketplace for new gluten-free (and often dairy-free/vegan) treats! Just because we’re gluten-free doesn’t mean we have to sacrifice stuff that tastes awesome!