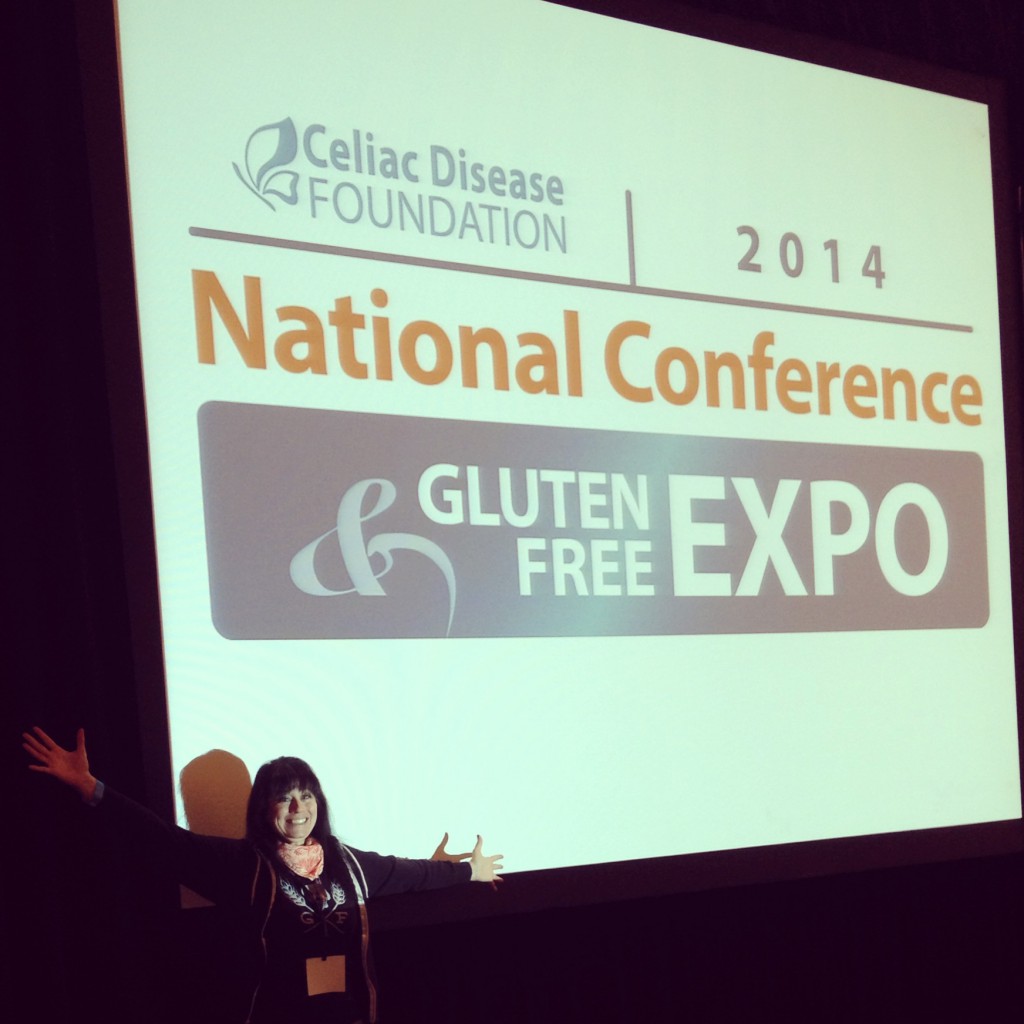 Day out at the Celiac Disease Foundation Conference

As always, Celiac Disease Foundation puts on an amazing conference that’s both entertaining and educational – and plus has gluten-free food (can you really beat that?). There were many great speakers that covered the spectrum of education – from diagnosis to nutrition. I’ll try to add as much as I can from the conference on here – but keep next year in mind so you can actually attend one of these conferences in person! 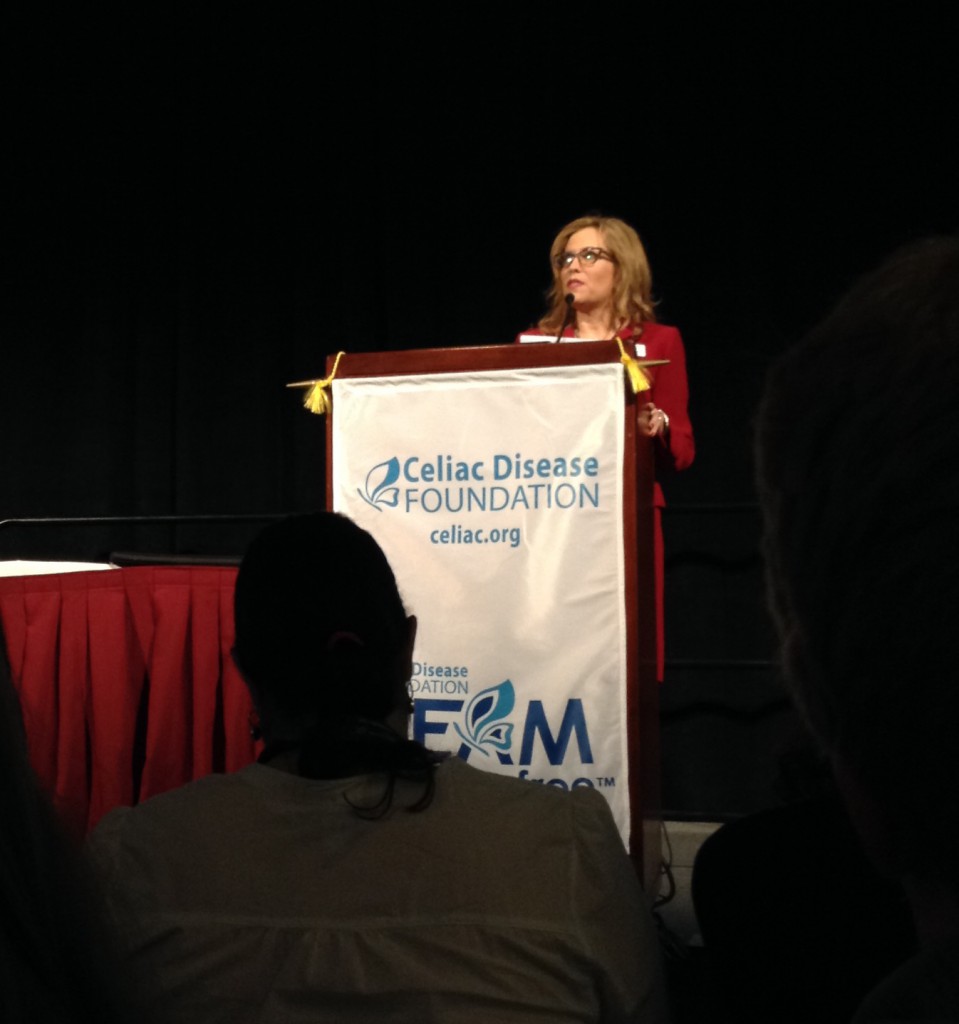 CDF’s Marilyn kicks it all off!

So I know you think that I’ll just swoon and talk about Dr. Fasano the whole time. And you’re probably right. He’s such an awesome doctor and even though he talks at lightning speed in Italian, he was the best presenter by far. It also doesn’t hurt that his new book Gluten Freedom is amazing and I totally was a fan girl – even if I never got my book signed. 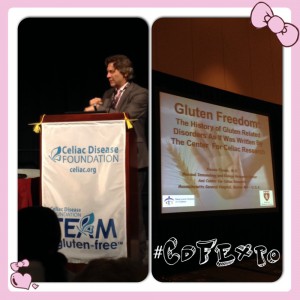 Below are some key learnings from the doctor. Now, I’m paraphrasing, but I’m going to get as technical as I can from my notes. Remember, I am not a doctor, nor do I play one on TV – but Dr. Fasano is. He talked about major milestones that science has discovered since they started studying celiac. These are noted in bold and labeled “milestone.” 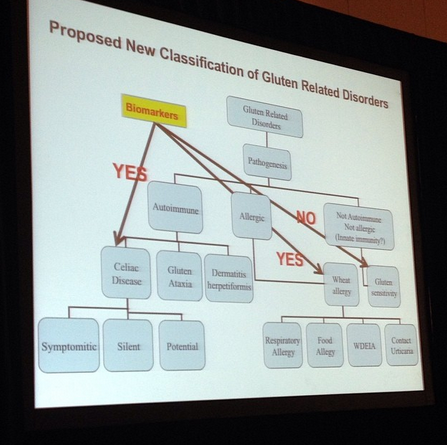 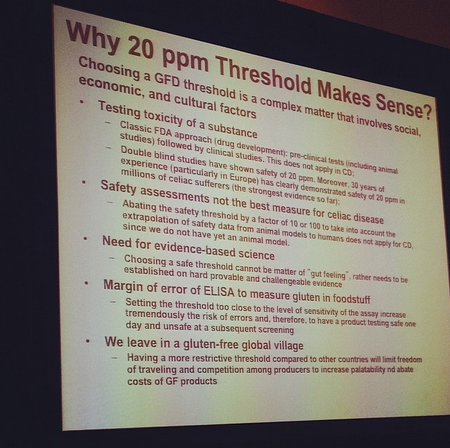 Next we heard from LabCorp about the genetics behind celiac disease. Here are some fast facts: 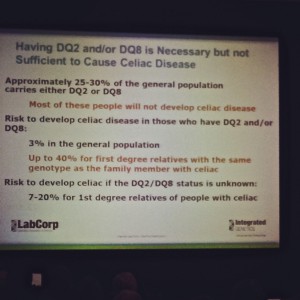 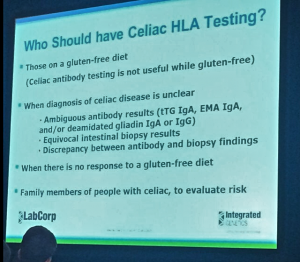 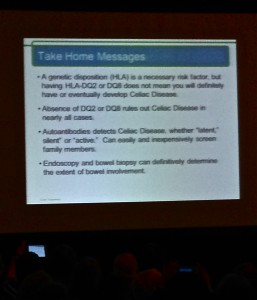 There was a lot of information in the conference, and I have many more slides to go through, but I thought those were the most pertinent to post online.

I’d also like to thank the Celiac Disease Foundation for inviting the bloggers to their annual VIP dinner after the conference. This was a delicious dinner and I was luckily with some amazing company to boot! 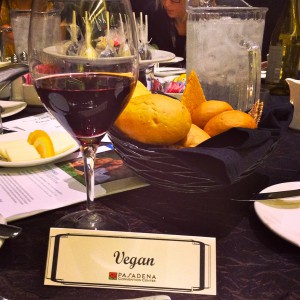 I’d be vegan if every meal was as delicious as this! 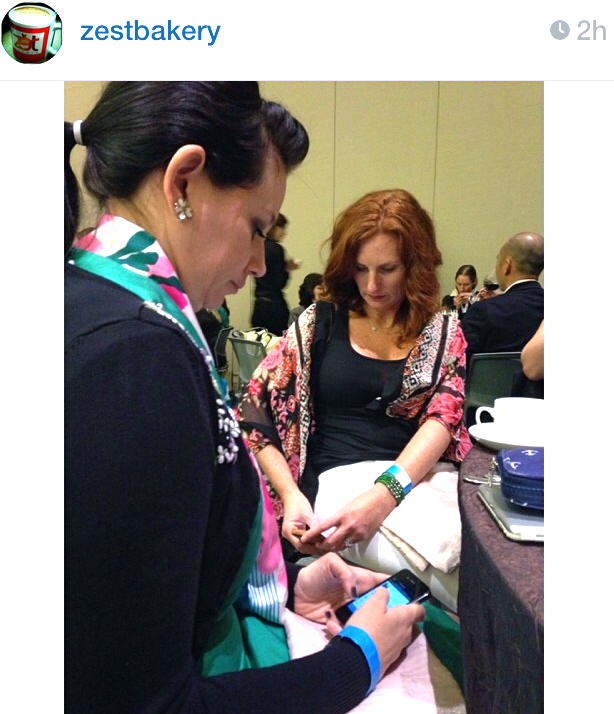 Alison and I are attached to our phones. Obviously.

Vegan apple pie for dessert at the VIP dinner!

Check out my next post about Celiac Disease Foundation’s 2014 Expo next! Lots of nom noms!

THANK YOU CELIAC DISEASE FOUNDATION FOR THE AMAZING CONFERENCE!