Screening and Diagnostic Testing For Celiac Disease – DO IT RIGHT!

Gluten-Free Is Not a Weight-Loss Diet

Regular people are going gluten-free because they (mistakenly) think that gluten-free substitute food is more healthy. Not true I say, not true! Gluten-free subs can be more calorically dense than their gluten-full counterparts. They are also often not fortified with vitamins and minerals like their gluten-full counterpart. And let’s not forget folks that A COOKIE IS STILL A COOKIE – even if it’s gluten free! 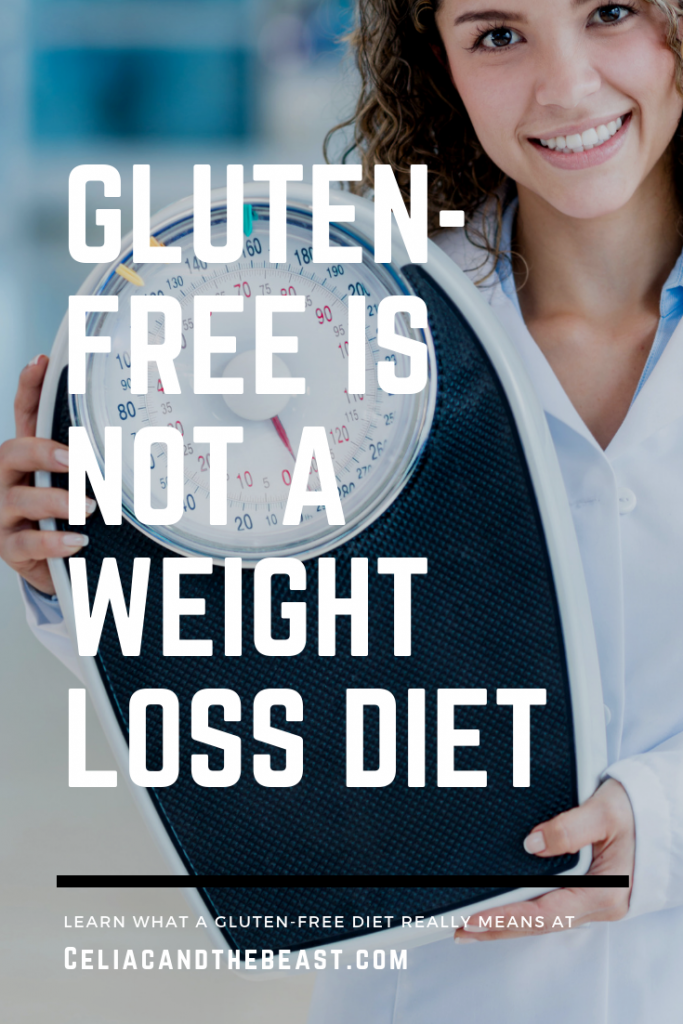 Don’t let some doctor talk you into going gluten-free just to try it. If you cannot get tested for medical or financial reasons, that’s a whole different story – but I hear far too many stories of “oh my chiropractor said that white bread is the devil, etc.” and they go gluten-free without knowing what the real issue is. I see fitness bloggers all the time telling people to just try going gluten free to see if they feel better. While I agree that elimination diets are effective, you shouldn’t just “give up the gluten” without proper testing first. If you never get tested you’ll never know if you have a food intolerance (gluten sensitivity) or an autoimmune disease (celiac). While I believe that NO ONE SHOULD CHEAT (non-celiac gluten sensitivity or celiac disease), there is a serological and autoimmune difference with follow-up between the two. Know what you’re dealing with! 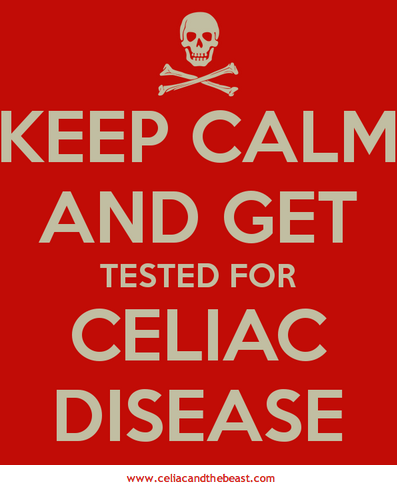 Keep Calm and Get Tested For Celiac Disease

Why Should I Get Tested for Celiac The Right Way Now?

In order to diagnose celiac disease, doctors have to see active damage in your system. I know, it sounds really shitty that doctors have to make you sick again just to prove that indeed – you are sick. But that’s how it goes until we find better, more reliable testing methods. You will have to consume gluten again for both the blood test and the endoscopy. It’s a few servings a day of gluten for 6-12 weeks according to Mayo Clinic, so strap in for a bumpy ride.

While some of you may argue against “cheating” for this extended period of time for an endoscopy and blood test, this is the only reason to cheat – a medically necessary way to tell if you have celiac disease. I had to do this after misdiagnosis after misdiagnosis. it’s not pretty, but it’s a choice I had to make to secure a diagnosis. I was under medical supervision during this time, and think that it was the best choice for me and knowing that it was the only way I could know what was really wrong with me.

How To Get Tested for Celiac Disease

The perfect process is that you’d first get a blood test, which is a screener. If that’s highly positive, you’d go straight into an intestinal biopsy (while still eating gluten), and the GI would be able to see intestinal damage in their pathology report. You’d then be diagnosed with celiac disease and you’d stop eating gluten forever. But we know that life isn’t perfect, and that’s rarely how people are diagnosed!

All good things start with a simple blood test, while still eating gluten.

For Celiac and the Beast readers, we have an easy way to get screened for celiac disease – a FREE celiac screening blood test from HealthLabs.com.With HealthLabs, there is NO doctor referral or insurance necessary, and is available at over 2000+ conveniently located CLIA-certified U.S. labs. You’ll get results in 1-3 days. All you need to do is call 1 (800) 579-3914 and tell them that you have the Celiac and the Beast FREE CELIAC BLOOD SCREENER TEST (no promo code, you just have to tell them that). They can help you find a draw site near you. All you’ll have to do is go in to the draw site with your free order, and you’ll get results in 1-3 days!Thank you to HealthLabs.com for offering this service!

Top celiac foundations, including Celiac Disease Foundation, state that the Tissue Transglutaminase IgA antibody is the best screen for celiac disease.  They state that the Tissue Transglutaminase Antibodies (tTG-IgA) test will be positive in about 98% of patients with celiac disease who are on a gluten- containing diet. This is called the test’s sensitivity. The same test will come back negative in about 95% of healthy people without celiac disease. This is called the test’s specificity. Note: There is a risk of a false positive especially for people with associated autoimmune disorders like Type 1 diabetes, chronic liver disease, Hashimoto’s thyroiditis, psoriatic or rheumatoid arthritis and heart failure, who do not have celiac disease.

There are other antibody tests available to double-check for potential false positives or false negatives. According to Celiac Disease Foundation, these tests can be run cocurrently with the tTG-IgA to tell the full story.

IgA Endomysial antibody (EMA): The EMA test has a specificity of almost 100%, but is not as sensitive as the tTG-IgA test. About 5-10% of people with celiac disease do not have a positive EMA test. It is also very expensive in comparison to the tTG-IgA and requires the use of primate esophagus or human umbilical cord. It is usually reserved for difficult to diagnose patients.

Total serum IgA: This test is used to check for IgA deficiency, a harmless condition associated with celiac disease that can cause a false negative tTG-IgA or EMA result. If you are IgA deficient, your doctor can order a DGP or tTG-IgG test.

Deaminated gliadin peptide (DGP IgA and IgG): This test can be used to further screen for celiac disease in individuals with IgA deficiency or people who test negative for tTg or EMA antibodies.

Note: while it is very rare, it is possible for someone with celiac disease to have negative antibody test results.

Note: you do NOT have to be eating gluten for genetic testing, as genes don’t change based on your diet. People with celiac disease carry one or both of the HLA DQ2 and DQ8 genes. So do up to 40% of all people. Since only 1% of the population has celiac disease, carrying HLA DQ2 or DQ8 is not a diagnosis of celiac disease nor does it mean you will ever develop celiac disease. It simply means you have an elevated risk of developing celiac disease (CDF states it increases your risk to 3% instead of 1%).

MORE INFO HERE: Did you get a 23andMe test that showed you carry the genes for celiac disease? What does that mean? I wrote about it all on Celiac and the Beast!

According to CDF, genetic testing can be used to rule out celiac disease when a patient is already on a gluten-free diet or test results are inconclusive, and to encourage first degree relatives to get antibody testing (every 3 years or immediately if symptoms develop). Ask if your insurance will cover genetic testing, as it can be expensive if not covered by your plan.

As of 2019, the gold standard for celiac disease diagnosis is still an intestinal biopsy, done endoscopically, by a trained gastroenterologist (or other knowledgeable doctor) who understands celiac disease. Based on the samples taken throughout your intestine during the biopsy, a pathologist will assign a score on how badly it is damaged.

According to Celiac Disease Foundation, “an endoscopic biopsy will tell you (1) if you have celiac disease, (2) if your symptoms improve on a gluten-free diet due to a placebo effect (you feel better because you think you should) or (3) if you have a different gastrointestinal disorder or gluten sensitivity which responds to change in your diet.” I’ve been to Digestive Disease Week (a gathering of the top professional minds in gastroenterology) where case studies were brought up of patients who thought they were celiac, only to have microscopic colitis or another digestive disease instead of celiac. This is why a biopsy with a knowledgeable GI is so important for diagnosis!