Walt Disney World: Be Our Guest at Magic Kingdom Review

I love Beauty and the Beast. In fact, that’s where my blog name came from! So, when I had a chance to go to the Magic Kingdom at Walt Disney World, I couldn’t help but freak out over anything Belle themed! King Gluten Free also digs this fantastic movie and recommended we check out the castle (which is actually the restaurant “Be Our Guest”). After walking around the entire Magic Kingdom, we worked up a hunger that only theme-park food could fulfill. 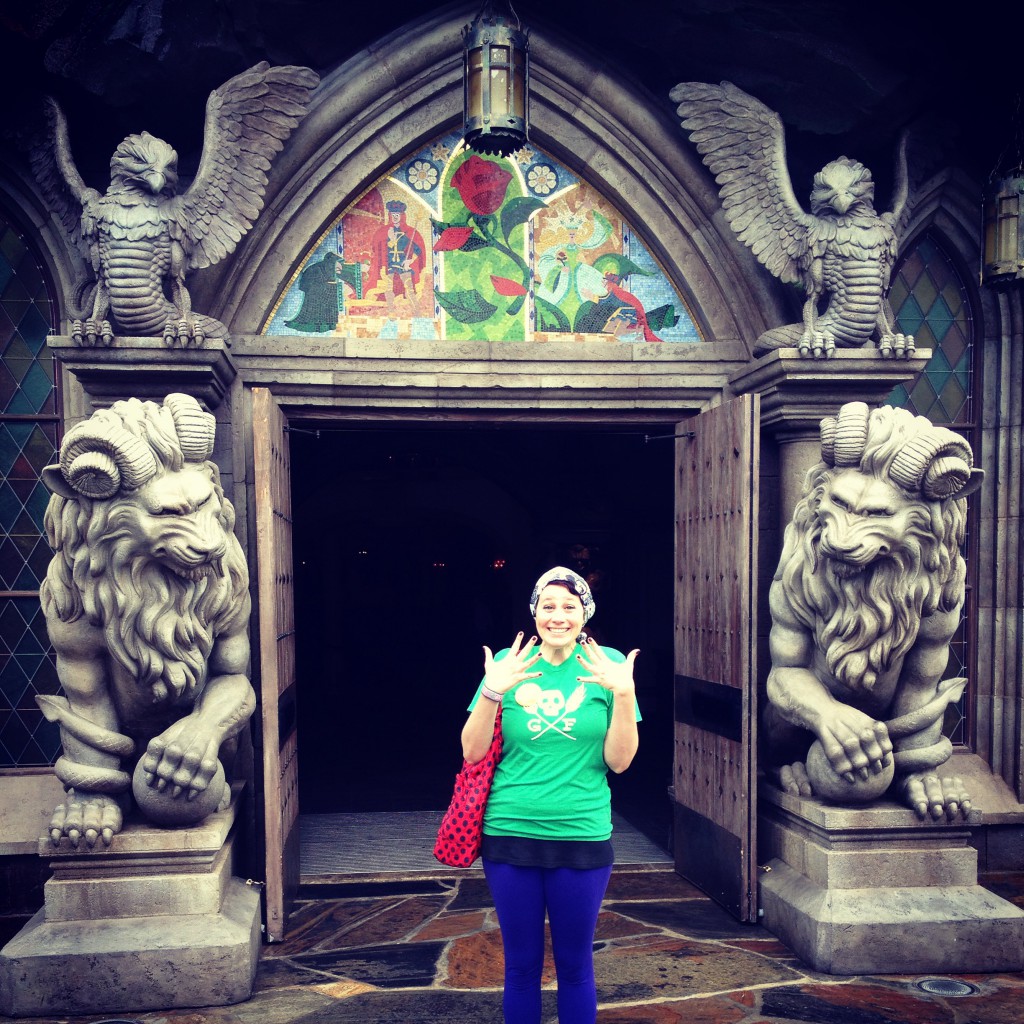 I had heard that all of the park’s sit-down restaurants offered a great food-allergy friendly menu or off-menu offerings. We went right around 11am to beat the lunch rush – highly recommended. We still had a bit of a wait before we got into the room with all of the touch screens. Each touch screen was allocated to one party. You could add as many entrees, sides, and drinks as you needed on one bill (paid by Magic Band). Anyone ordering can easily access the allergen menu, that allows you to choose from the top 8 allergens. While they do not offer a straight “gluten” selection, they do have “wheat” – which I am understood is the same thing to the kitchen. 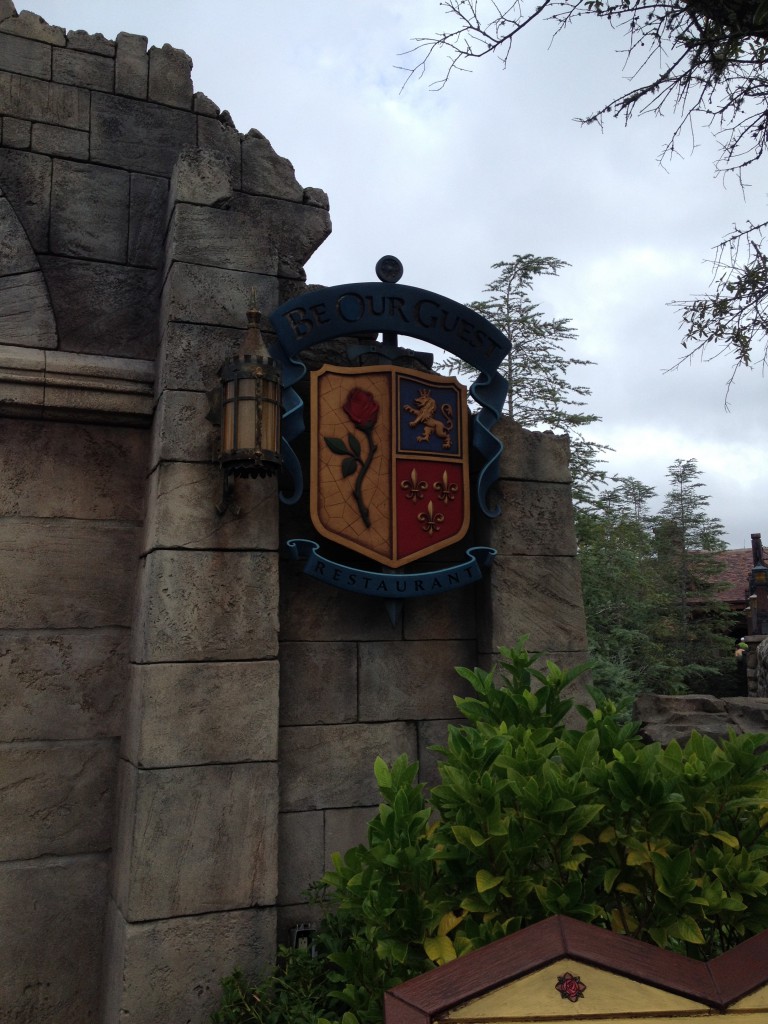 Seriously, this is pretty cool! 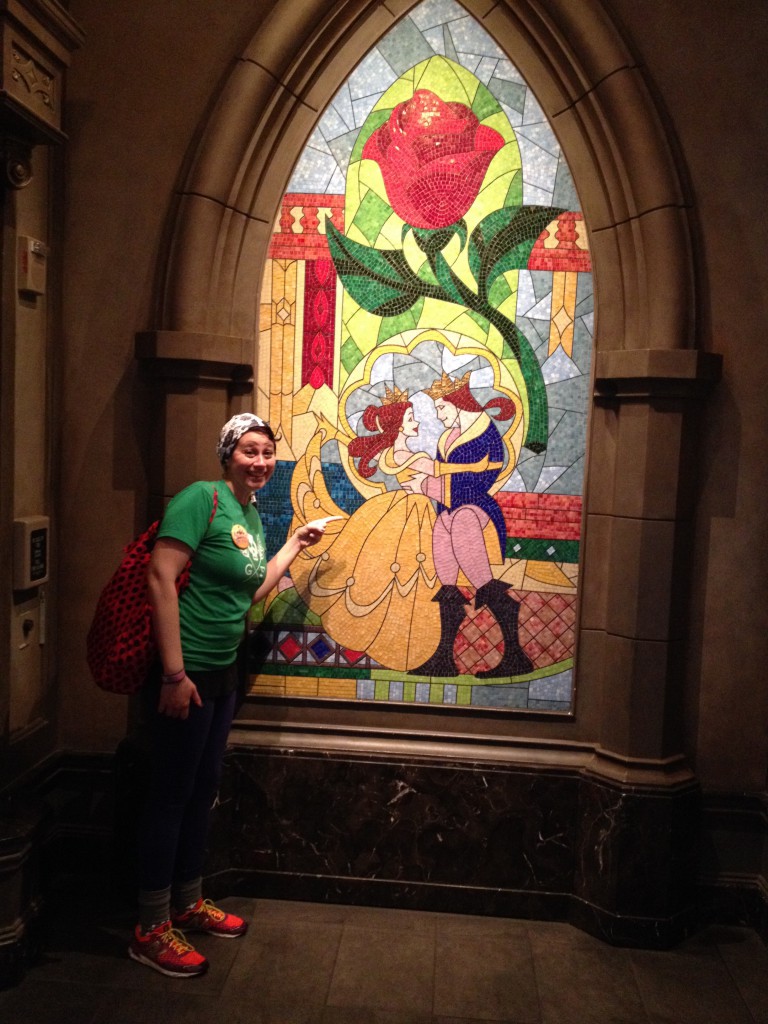 After we chose our results, the menu screen verified that we had a special order. 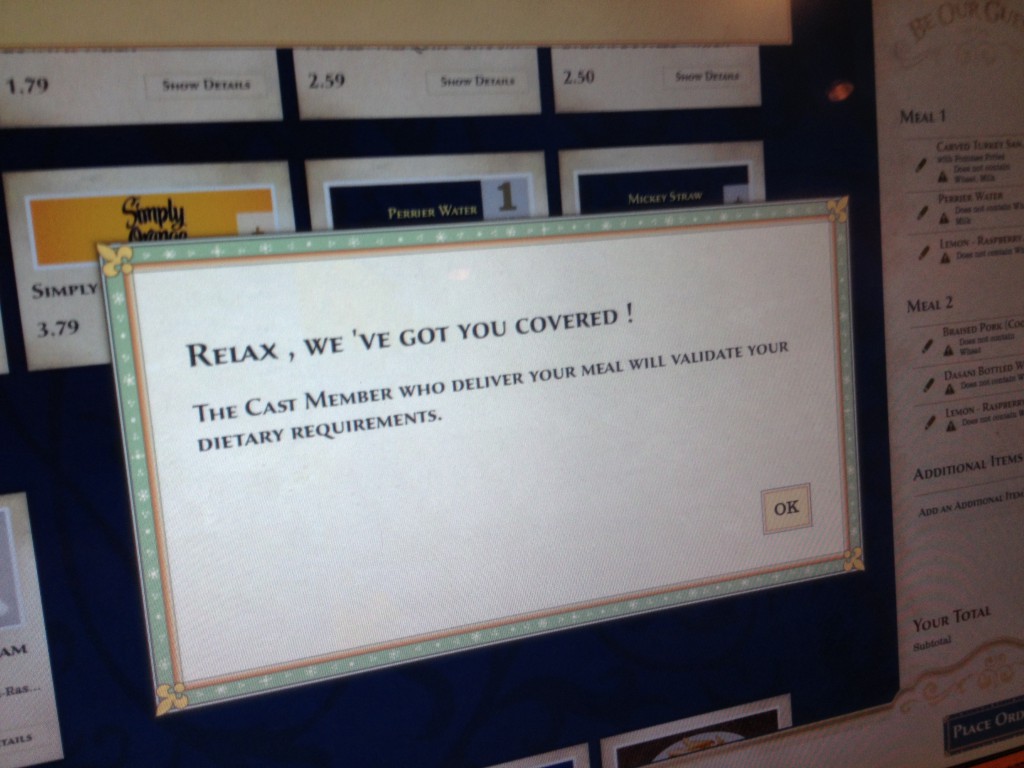 Jordan from King Gluten Free had been here before and basically validated everything on the menu. Since he’s a pro, I relied on him. However, if it was my first time – I would have asked to see the manager to verify everything (because we love being paranoid as celiacs). 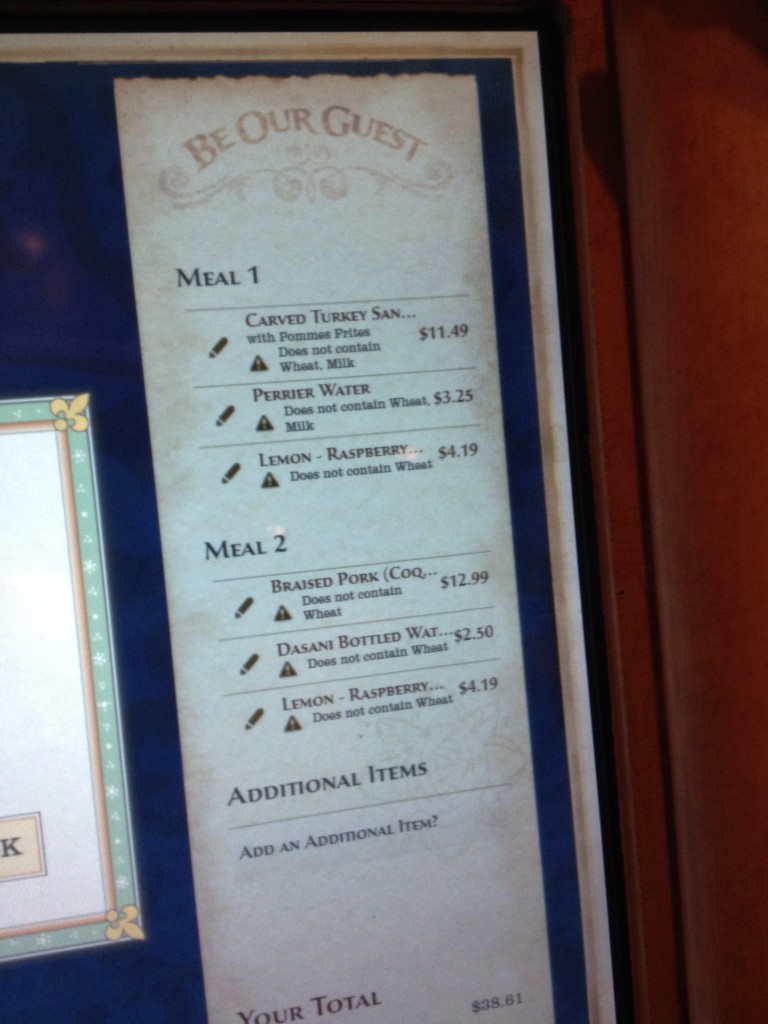 I ordered a turkey breast sandwich with arugula and mayo on Udi’s Millet chia bread. Jordan had the braised pork. Both entrees came out and looked delicious! My sandwich specifically had the allergen labeled sticks through my bread. I couldn’t have the dessert since it had milk, but Jordan assured me that the puff pastry was pretty great. And between the two of us it was only $40.00. I was expecting much more for a sit-down lunch at the park. Granted, we ordered from a machine and not a waiter, and we got sandwiches instead of exquisite three-course meals – but I thought it was still a steal on Disney properties. 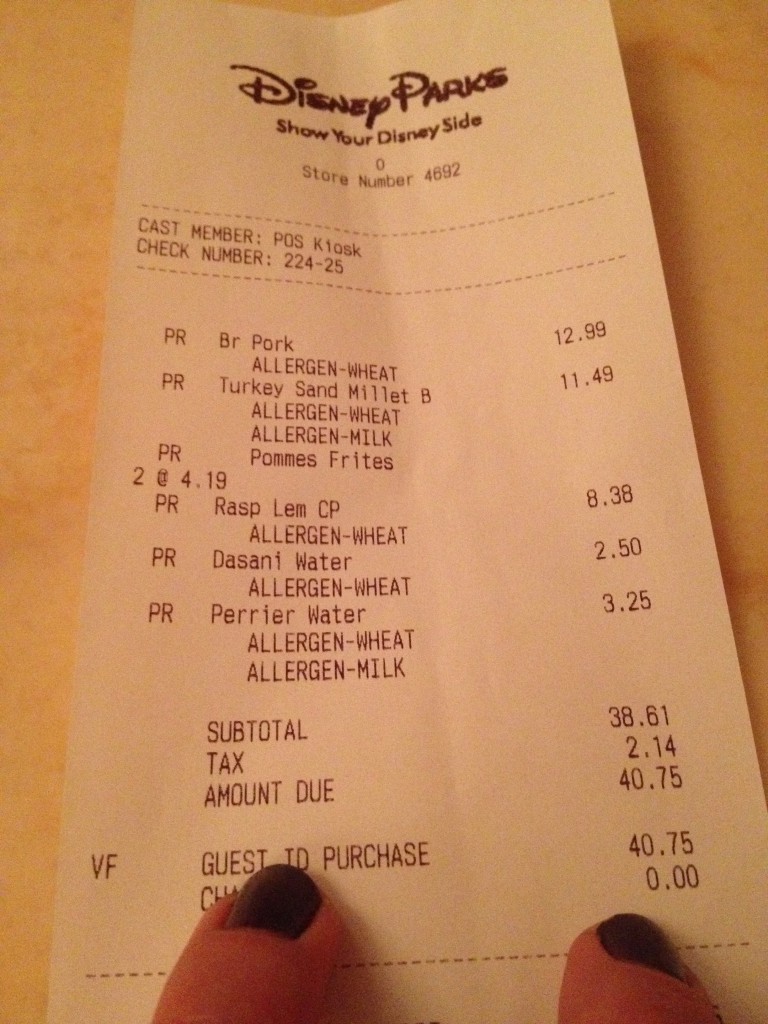 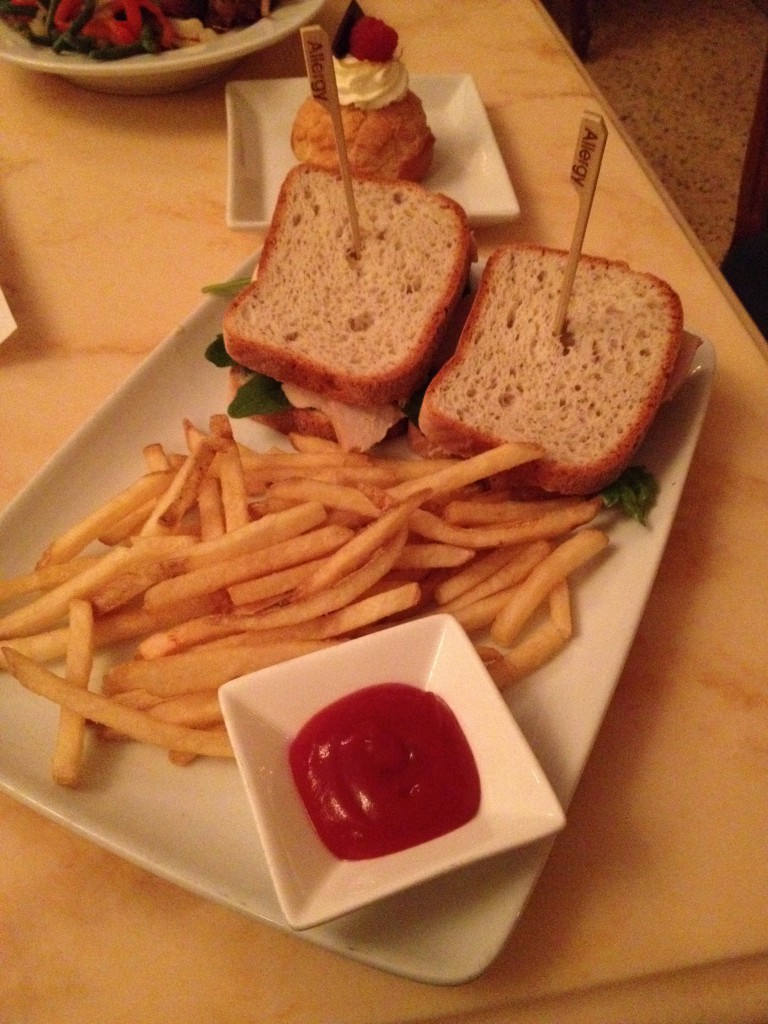 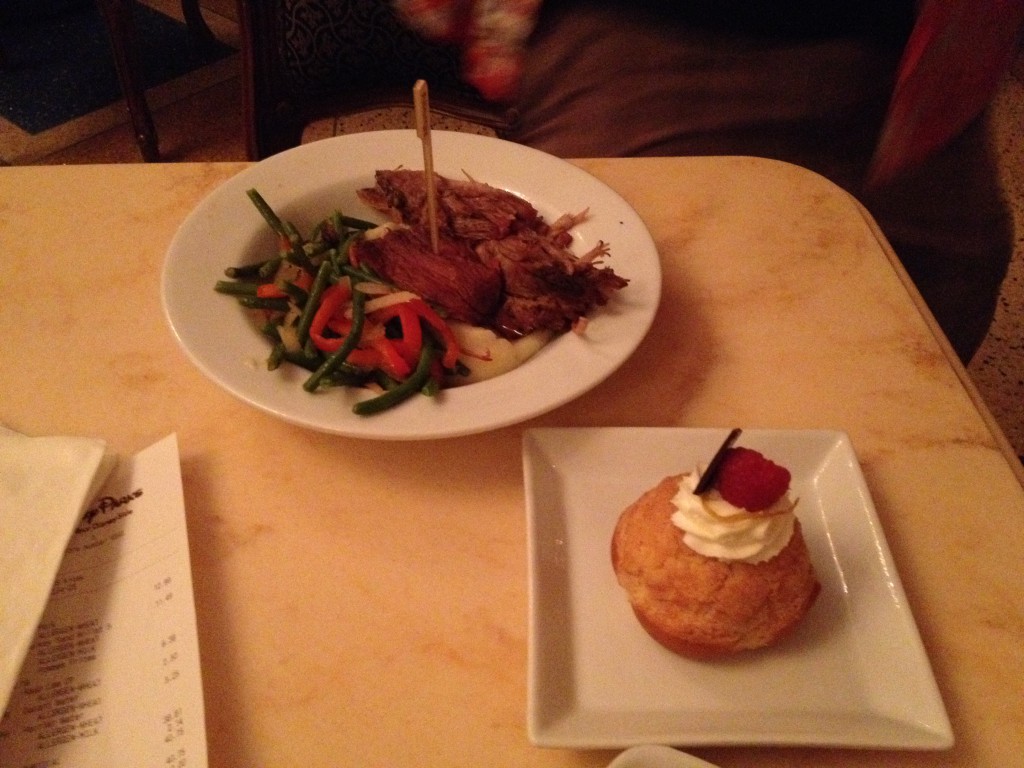 I would highly recommend Be Our Guest restaurant for lunch and I would love to try it out for Dinner! For a better review of their dinner service, visit my girl Alexis and her blog Gluten Free in Orlando.