Expo West 2015 was one for the books. It was the biggest and best Expo West so far! According to New Hope Media, the event grew 7.2 percent bringing together an inspired community of over 71,000 industry members, more than 2,700 exhibiting companies and 634 first-time exhibitors. And my feet and hips sure felt it!

Tumeric is still hot – as we’re seeing in the numerous Tumeric infused beverages from Expo West 2015. Numi, one of my favorite tea brands, launched a line of Tumeric tea in four flavors. While these aren’t as good as their indulgent chocolate line from last year, I love what they’re doing with the line.

Tess Masters from The Blender Girl introduced me to this macadamia nut milk out of Australia. I’m excited to see more nut milks on the market – and anyone that Tess loves is a great bet!

Their expanded cold brew line is AMAZING. I can’t wait to get my hands on Mocha Mexica! The spice blends in this is killer. These almond milk cold brew coffee mixes are my favorite treats to pick up after the gym at Whole Foods. 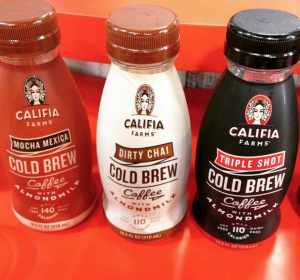 Jade Monk launched a line of HPP matcha tea beverages and they are delicious. I loved the slightly sweetened one. I dig finding matcha in something other than a hot tea, and in an easy on-the-go package. Hope Whole Foods picks this one up.

Last holiday, Bhakti Chai sent me some of their loose leaf tea bags in various flavors. I love the new fiery masala chai, and I totally took some bags home after their morning yoga session at Expo West! 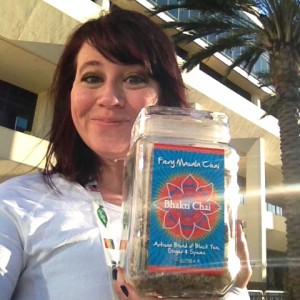 Sonoma Teas is their new line of beverages actually made from wine skin. These “teas” have the benefits of wine like resveratrols, without the alcohol. Trying the chardonnay was like drinking wine that had been watered down by ice. They have several flavors and they’re all pretty tasty.

While I don’t necessarily care, people are very excited that Pacific launched an organic coconut milk line that is also carrageenan free. I’m sure these are going to be great tasting and I love having an organic choice among alternative milks – which I already know Pacific Foods is king of the category. 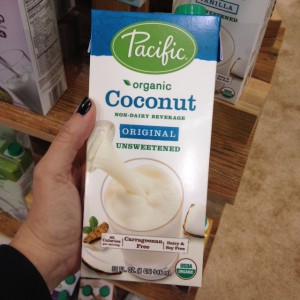 Ugh, beets. Yeah, they taste like dirt. But Love Beets is innovating the beets category (reminds me of the celery industry sketch from Portlandia) with these beverages. They are really good. And this is coming from someone who was afraid to taste it – and now it’s a top pick! 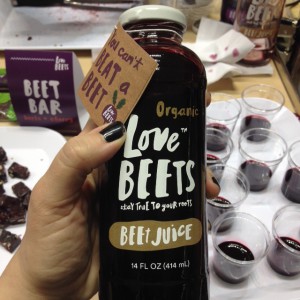 Want to win products and coupons from the show floor? Celiac and the Beast wants to make you feel like you walked the Expo West show floor along with her! Just follow the instructions in this Rafflecopter for a chance to win!