But why aren’t we taken seriously? Seriously!?!?

Seriously. There’s a big issue with celiac disease and that it’s people don’t take it serious enough. We need a rebranding of celiac. Celiac is serious. 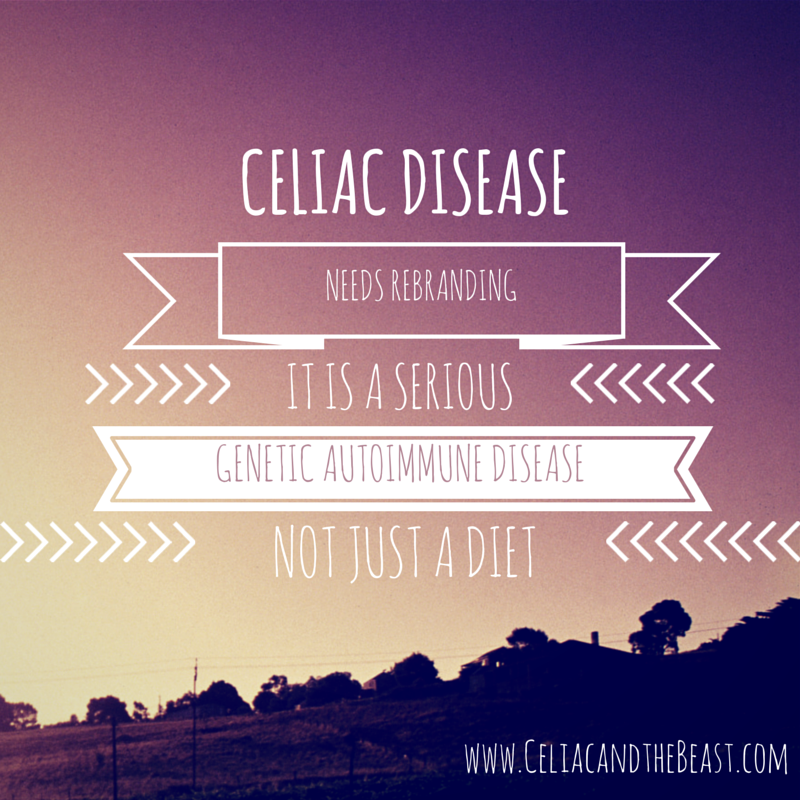 I’m so excited to share that now there is a PSA from Beyond Celiac (formerly the National Foundation for Celiac Awareness) that does just that. Let’s talk SERIOUSLY about how SERIOUS celiac disease is. Let’s talk about how serious it is so we can get our loved ones tested for a serious disease. One that may not be taken – well…seriously.

VIEW THE LINK TO THE PSA HERE OR BY CLICKING THE IMAGE BELOW (You will be taken to YouTube). 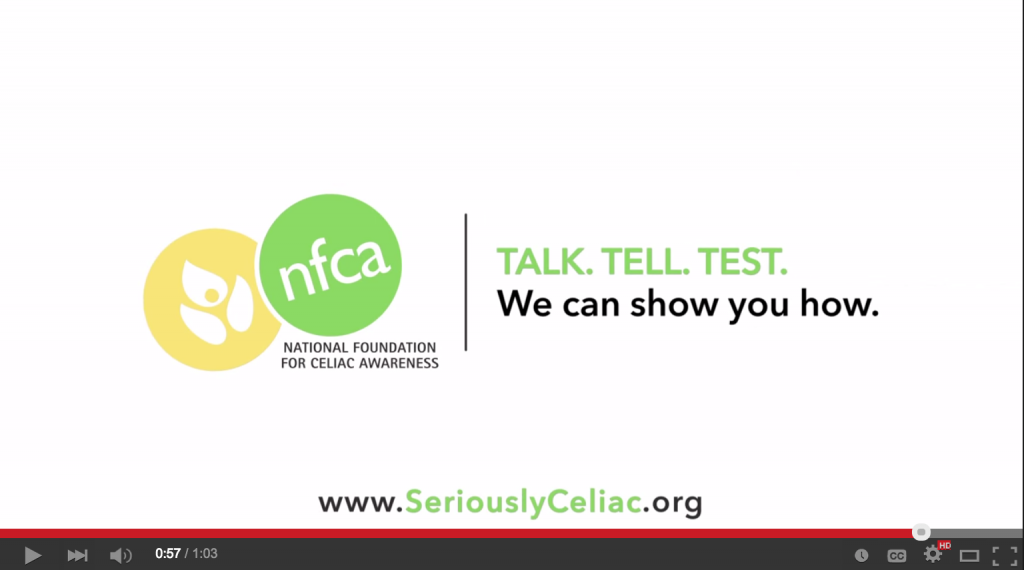 But before you send a link to the #TalkTellTest video to everyone you know, make sure you know HOW to approach your genetically pre-disposed loved ones about testing. Via Beyond Celiac, “It is important to note that simply sharing the Seriously, Celiac Disease video or its companion educational materials with family members instead of having a personal, one-on-one conversation can prevent relatives from being open to testing. Please do not try to initiate a conversation about celiac disease testing with your relatives by simply sharing the Seriously, Celiac Disease video and discussion guides through email, social media and other online communications. NFCA’s research-tested approach shows that family members want a one-on-one, in-person conversation and are not as likely to respond well to the idea of testing if a link is simply shared. However, we do encourage you to share the video with others living with celiac disease so they too can help their family members get tested. Be sure to use the hashtag #TalkTellTest when you do!”

After you watch the video yourself, visit THIS LINK to download NFCA’s FREE discussion guide about having the RIGHT TYPE OF CONVERSATION with your family about celiac disease testing.

THANK YOU to NFCA for putting together this PSA and all of the resources involved with the Seriously Celiac #TalkTellTest campaign! I hope to hear a lot of positive conversation about celiac moving forward after this launches! 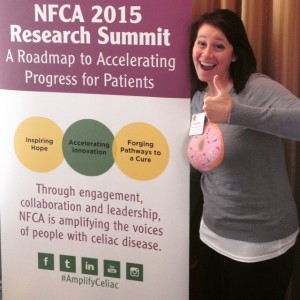 Remember: If you have celiac disease, your family members might have it too. TALK to them about your experience and how celiac disease runs in families. TELL them the facts. Urge them to get a simple blood TEST. #TalkTellTest