Health and WellnessJuly 4, 2017No comments 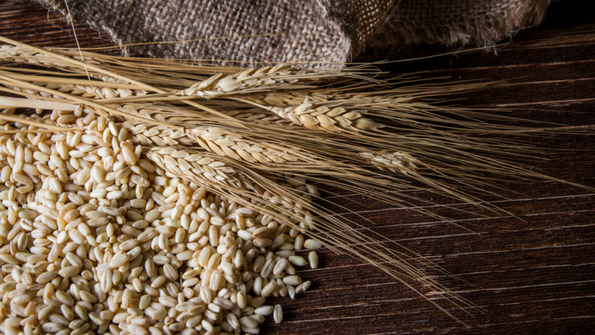 In a recent post from Delicious Living doctors studying children with celiac in Boston, were surprised at the number of children who still had persistent intestinal damage, even while avoiding gluten.

This study from MassGeneral Hospital for Children and Boston Children’s Hospital found one in five children with celiac disease sustained persistent intestinal damage, despite strict adherence to a gluten-free diet.

The findings are consistent with recent research in adults, which showed that more than 33 percent of adult patients on a gluten-free diet have persistent intestinal damage.

Long-term risks for children with persistent intestinal damage are not clear, but such damage in adults has been linked to an increased risk of lymphoma, low bone density and fracture. The study authors also note, “malabsorption and inflammation in children may have negative repercussions on physical and cognitive development.”

The recent analysis is prompting doctors to change procedural guidelines that help screen and monitor kids with celiac disease.

“In the 1970s, pediatricians would perform three endoscopies: one at diagnosis, one after a year on the gluten-free diet and a third during the following six months to check for healing after the patient had been re-exposed to gluten and monitored for symptoms,” said Alessio Fasano, MD, director of the MGHfC center and co-senior author of the study. “When we developed robust blood screening tools in the 1990s, the number of endoscopies required for standard care was reduced to one and, most recently, to none in a subgroup of patients. We assumed that healing would occur once a patient was put on the gluten-free diet.”

“Now that we have learned that this is not the case for all celiac patients, we are changing our clinical practice by repeating the endoscopy after one year of the implementation of the gluten-free diet.”

I received a follow up celiac biopsy one year after going gluten-free (for the 3rd-ish time, this time strictly gluten-free and after a diagnosis from Mayo Clinic). It showed that I had no further damage.

While refractory celiac – celiac that doesn’t heal after a gluten-free diet that can lead to some nasty things, like lymphoma, is a real issue. However, it’s also very rare. During Digestive Disease Weeks 2016, it was found that most GI doctors that see patients who are not healing on a gluten free diet, find that they are getting regular gluten contamination. They place these patients on a very strict diet – no processed food, no restaurants, etc. and see if they can heal with no cross contamination.

If you feel as if you are not healing on a gluten free diet, please first use a food diary to record everything you eat, and visit your GI and discuss refractory celiac.