I’m in San Francisco right now and I’m sick. Not metaphorically sick of the fact that brands keep making fun of us, but like literally sick. Like blowing my nose into Boogie Wipes that are made for snotty sick kids, stuffing my face with Sudafed.

But I’m here writing in my hotel room because not one, but two ads that make fun of gluten free people in the past 24 hours. 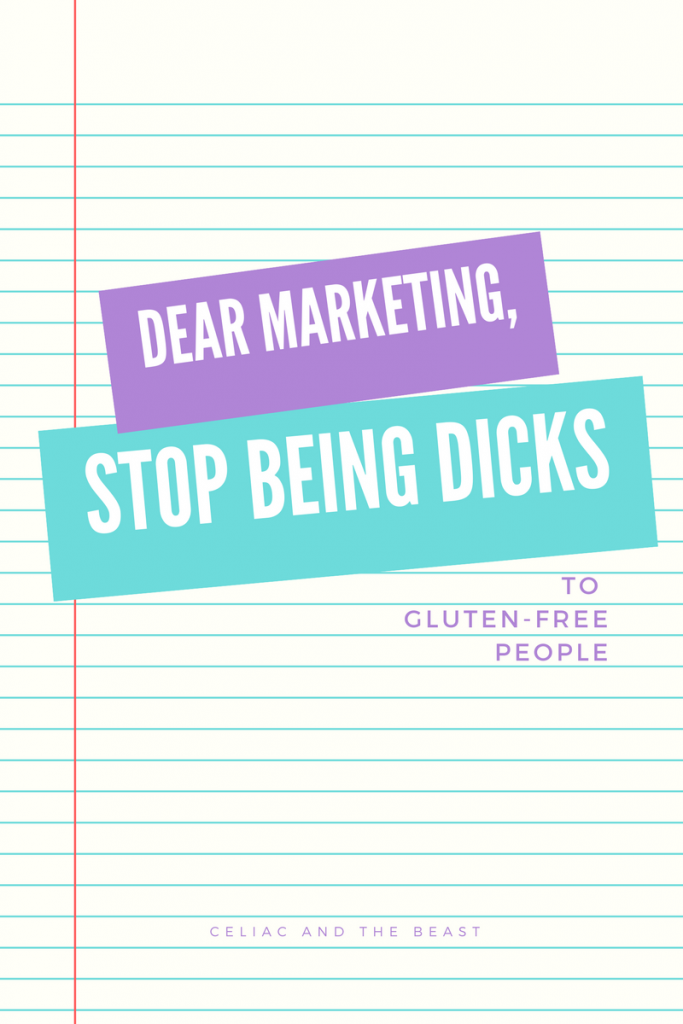 I was in bed, writing about my first day at Fancy Foods, and on came a TV ad from Farmers Only. I think it’s great that there are niche dating sites like Farmers Only. If I could have had a dating site for “celiacs only” or “editors only” or “bloggers only” – that would have been a lot easier when I was dating! But this ad was so offensive. It shows a sexy cowboy out to eat with a “city” girl who is of course gluten-free and vegan and really obnoxious. PS I know farmers that are celiac. Two of them actually. And they’re not dicks. Just saying.

Stephanie from Sweets for Epi Girl first alerted me to this on YouTube.

[UPDATE: Party City has taken down the video from YouTube and all accounts, and has offered an apology and promised a donation to a celiac organization.]

Here’s the response from BEYOND CELIAC and their thoughts on it all! 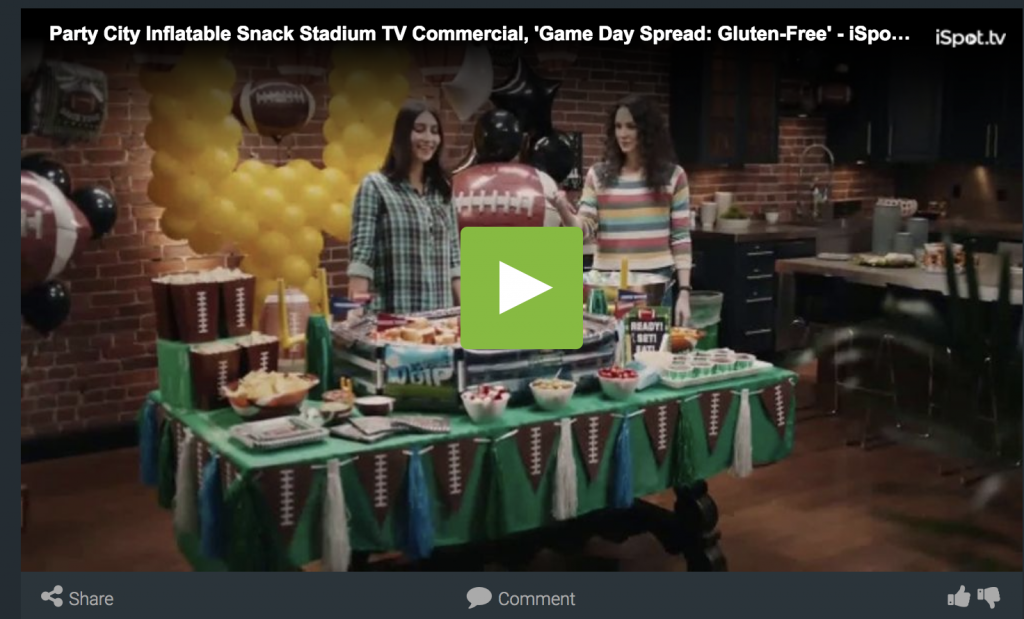 Hello Party City, are you f**king kidding me?

This is what I get from this. Thanks for being so inclusionary to provide gluten-free “options” for your super bowl party – some shitty crackers and a side of being a total dick. This who campaign is just unnecessary. We already hate going to parties. Why would you make it even more difficult for us with this spot? How about you focus on the product – which is actually pretty bad ass. You know that we celiacs throw Super Bowl parties too. I could/would buy that product. But definitely not now.

But what do I do now?

You can tweet, call, or write to these companies. You can stop buying their product. Or we can all get thicker skins, where we stop paying attention to these brands that think they’re being funny making fun of people who are gluten-free or allergic to food. The problem is with the last option that it just perpetuates the myth that we’re all terrible, annoying people that place a burden upon everyone we touch. So, it’s up to you what to do next, but don’t be a Tina. We’re better than Tina. We’re not gross. We’re just people who can’t eat gluten.

PS don’t forget to support Beyond Celiac and their support of of this.

[UPDATED: Thank you SO much for helping to contact Party City to get the ad removed!] 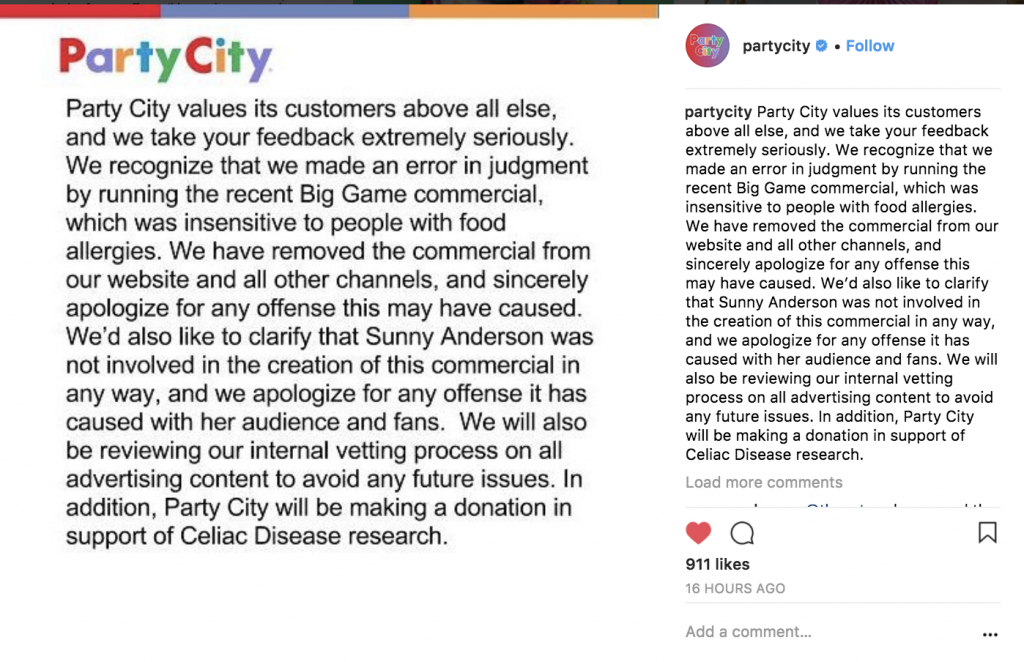 [UPDATE 1/25: I was featured on Agency Spy on Ad Week because I didn’t want to be “gross.” It’s crazy that when I worked in advertising all I wanted was to be featured in AdWeek. I guess life had different plans for my first time in AdWeek…] 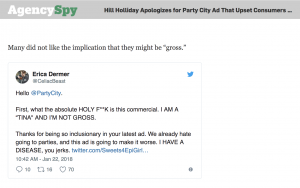