Food and Beverage, ReviewJuly 29, 2018No comments 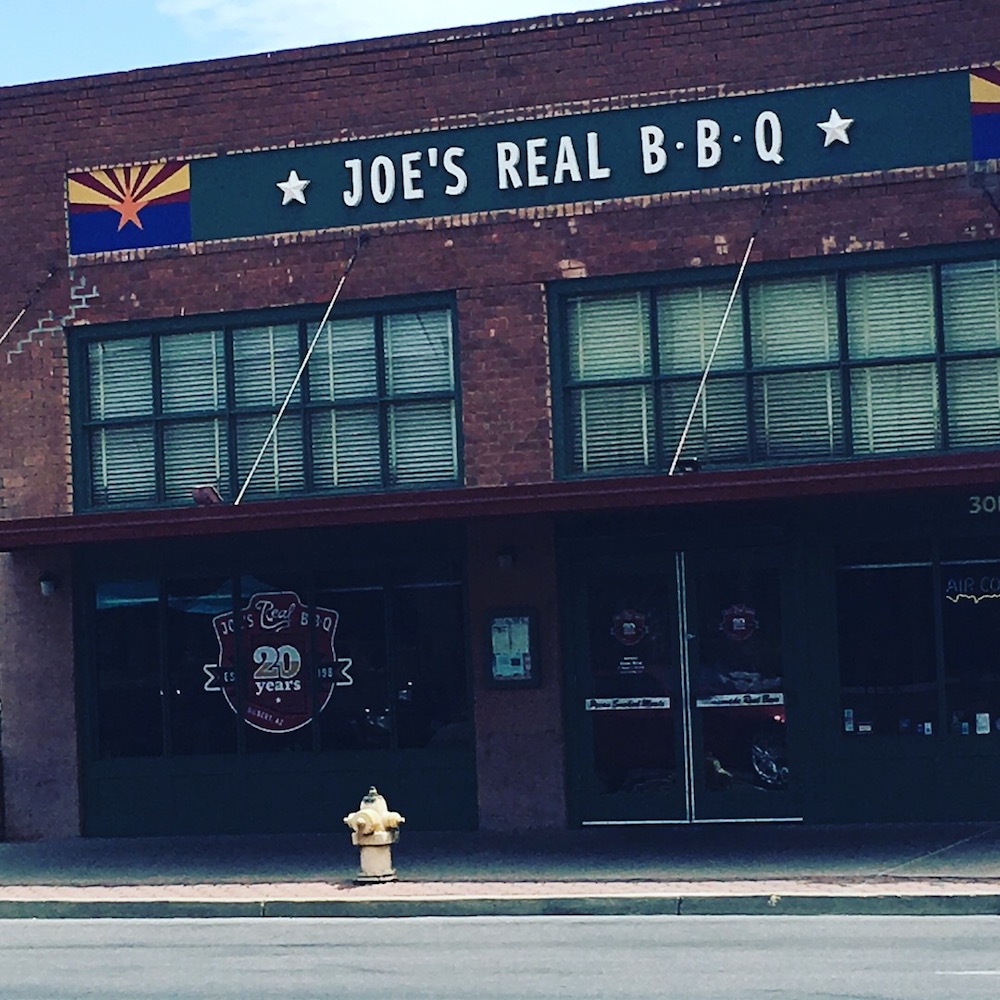 Joe’s Real BBQ has been a staple of Gilbert, AZ since I was a teen. I literally remember being asked out on a date there in high school. While it’s an Arizona and east valley staple since the 90’s,, I really didn’t visit it a lot, especially after my diagnosis. I never expected a mom and pop BBQ joint to have gluten-free options. However, they now even have a gluten-free bun option, on top of safe smoked meats, BBQ sauce, and sides. It’s so nice to be a part of an beloved Arizona restaurant, and be accepted – even without gluten. 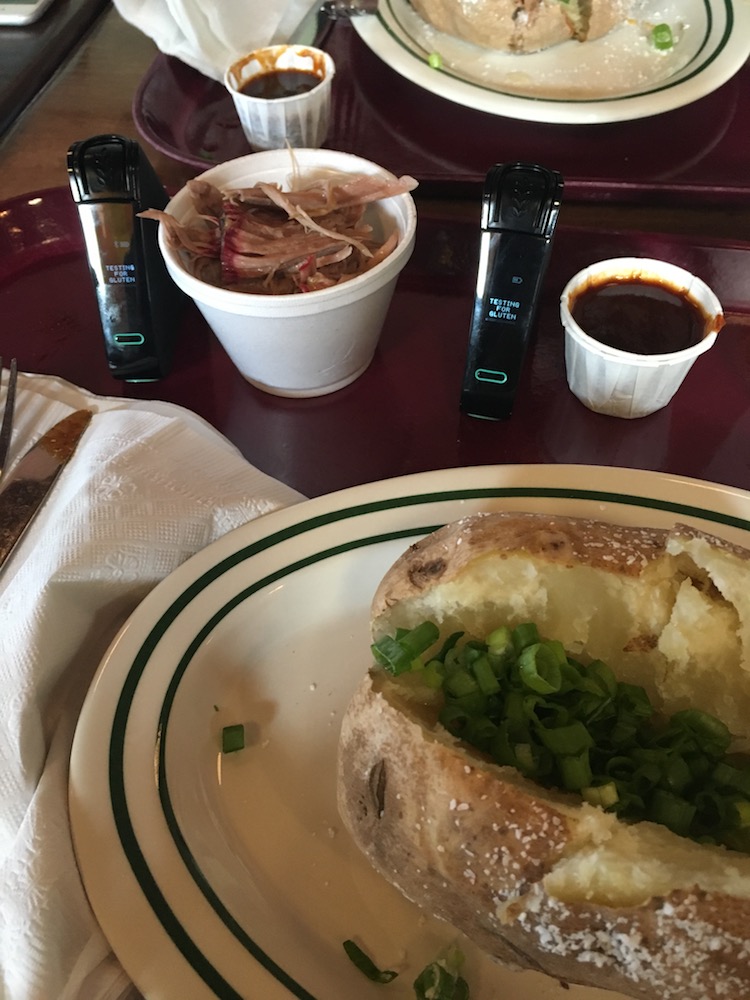 There is no gluten-free menu, but they can tell you when you approach the line that you are gluten-free.

I took my Nima Sensor  (affiliate link) with me, as a tool in my tool kit after telling the team that I had an allergy. I asked for a loaded baked potato with just chives and smoked pork. I told her that I needed to be gluten-free for an allergy. As I said that, I watched the server (in gloves) hold a bun and put pork on it, and then touch the pork to cut it. I cringed. But then I realized that with an allergy, they get all the meat from the back, where it’s clean. Huzzah. She changed her loves and got me a potato with clean hands. 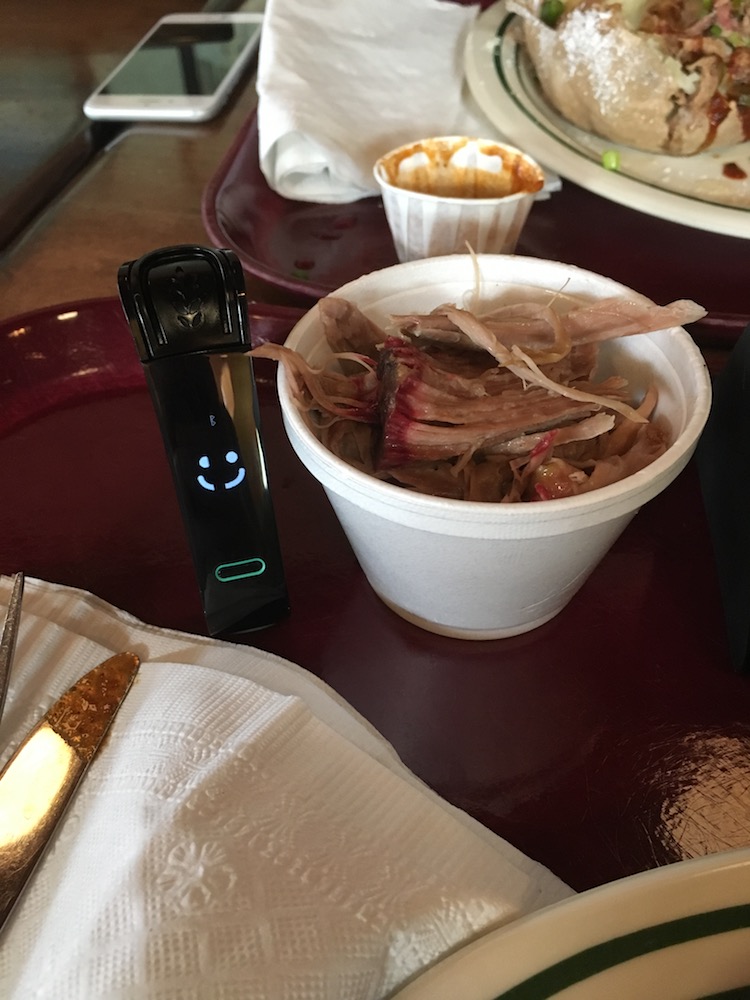 I tested both the fresh meat and the sauces (which are all gluten-free) in the Nima Sensor just to be safe. All good! I also tested non-GFBF’s coleslaw so I could have a bite. They offer several sides that should be gluten-free, although they all have dairy – so I was out anyways. 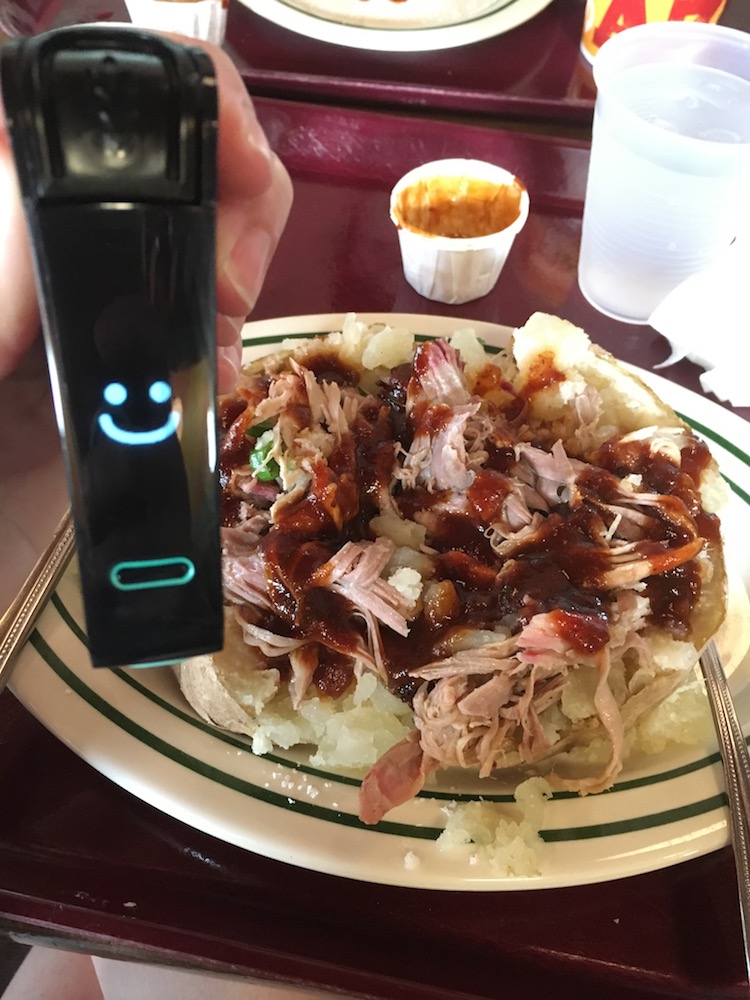 I never make baked potatoes at home, and who could even find potatoes this big? I highly recommend this combo of salted potato + smoked pork. 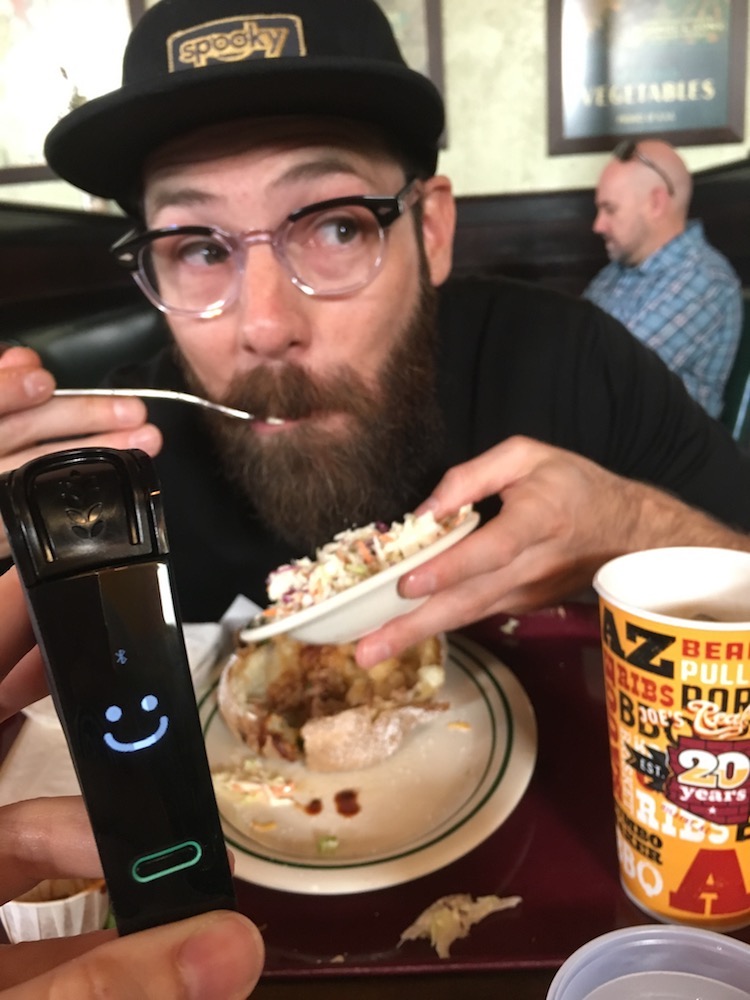 I have not yet tried the gluten-free bun. I don’t know who produces it or how they handle it. But honestly I don’t need it. Last time, I brought my own bun with me and didn’t even bother with their bun, but it’s nice to have options available. I’m just happy I can have safe pulled pork, BBQ sauce, and a true taste of Gilbert, Arizona.