My Hysterectomy Story: The First Few Weeks of Recovery

Over the past few weeks, I’ve been documenting my Hysterectomy story – a journey from why I needed a hysterectomy, to the surgery, and now onto recovery. 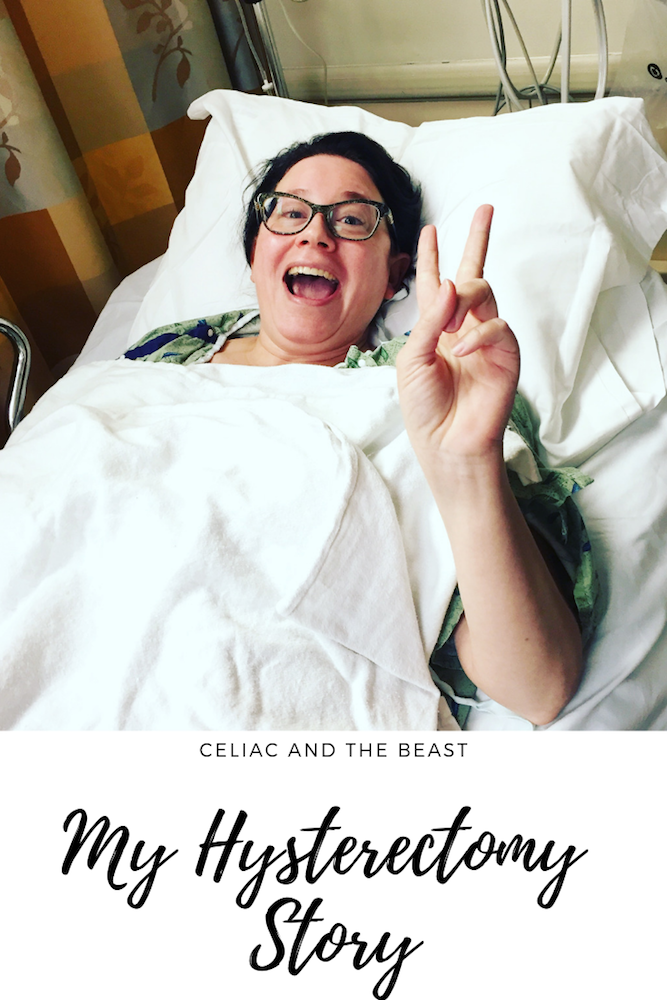 The first few days home were just a blur (hooray drugs). Being home was so nice, and I didn’t have a catheter anymore, or random nurses coming in and taking my blood or asking me about ice chips. However, I did miss the IV, because having suppositories are not as fun as they seem. Although, they are comical. A few days after I came home, I was clear-headed, watching a lot of TV, and walking around the house, from the couch to the bathroom to the kitchen, several times a day. I needed Advil on a regular basis, and the opiods from the hospital make you so constipated that you need stool softeners and Gas-X on the daily. No one – and I mean no one – warned me how painful it would be to try to poop. I’d watch the scariest horror movie alone in the dark with a Gremlin before I relive that nightmare again. Week one wasn’t pretty.

I was way more myself the second week – checking email, filming stupid Instagram stories, and living life again. However, I was having strange hot flashes, my breasts felt like they were going through puberty again, and I was crying pretty much non-stop. But, thanks to Hystersisters – the online hysterectomy community, I knew what I was going through. My body was going through a huge change – from two birth controls at once, to none. From two ovaries, to one – one that was in shock from surgery. My body was doing some crazy hormonal things, and basically putting me into menopause for a short period of time. My doctor didn’t want to put me on any estrogen after surgery, to see how my endometriosis would react with just one ovary, and no uterus. I just had to power through it. And I did, just with a lot of crying and Non-GFBF going “WTF IS HAPPENING RIGHT NOW?!?!”

However, that wasn’t the worst of it. I started experiencing nasty symptoms, felt like I had the flu, and had a fever. Even peeing myself (oh yeah, I said it. I wore Depends and Always Discreet like I just pushed out a huge baby). I called my surgeon after hours and was prescribed an antibiotic. 24 hours after that, I asked to be switched to another antibiotic due to side effects I thought I was having (that ended up being my thyroid – more from that later). After that antibiotic was over, I was still having symptoms, so I was put on another antibiotic. After that, I was great for a few days, and then I had symptoms again, a fever, and pain that made me feel like I was dying. After sitting in bed crying for a few hours because I couldn’t see my surgeon or my general doctor for an emergency appointment, I went to urgent care. I was then placed on my third antibiotic, and I just finished it a few days ago. I cannot tell you how excited I was when that was the one that stuck (thanks catheter bags for all that fun). 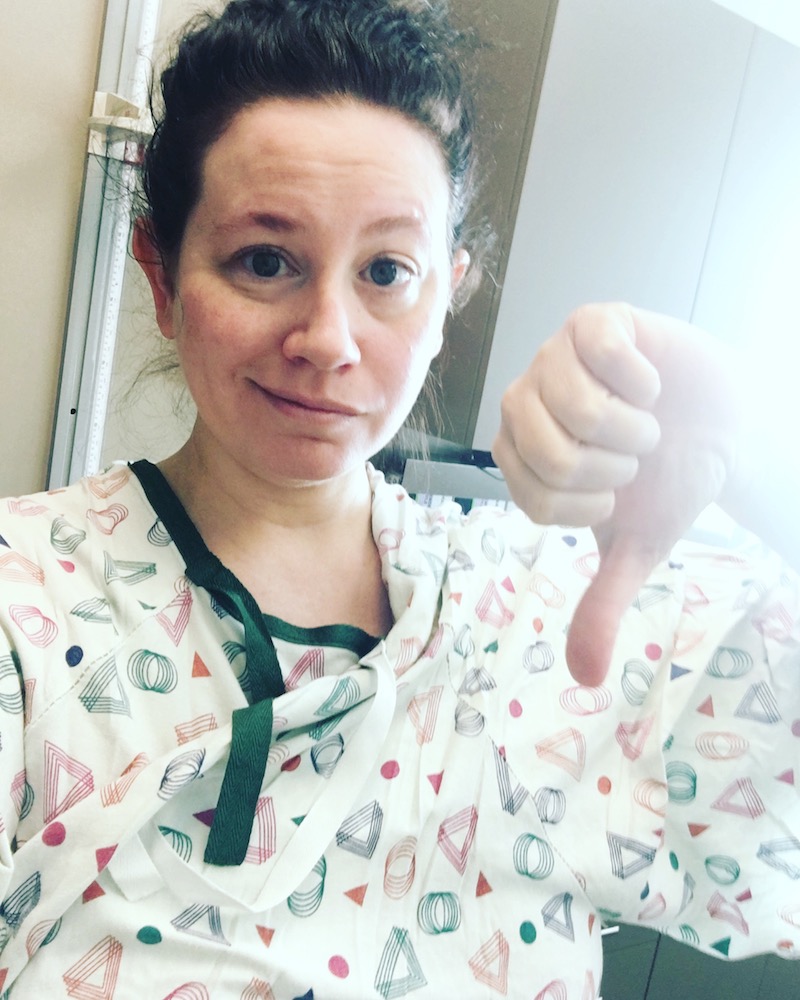 Recovery was hard for me, even without an infection. Why? Because I wasn’t allowed to do anything. I was used to the constant pain, but the doing nothing sucked. I was allowed to walk, but only for short periods of time and I wasn’t allowed to be on my feet for to long. I was allowed to drive, but not sitting for long periods of time. I was allowed to lift, but only up to 10 lbs. so I just Instacart-ed everything (and Postmates, Doordash, Uber Eats, and Amazon Prime + Prime Restaurants) and lifted one case of hand-delivered LaCroix at a time. I couldn’t go to Barre, and honestly I was so stir-crazy I was tempted to go to one of those senior fitness classes at the gym just to 1) get out of this house or 2) have real human interaction with people that were at my current fitness level. I wasn’t allowed to do much of anything but sit reclined on the couch for the majority of the day until my 6-week appointment when I was cleared for physical activity of any level besides LaCroix deadlifts.

And acne. Acne like I’ve never had before. It was a week of non-stop hormonal acne all over my face and chest. It was shocking. My ovary was either back to working or just finally gave me a little dose of hormones and my body was in totally puberty mode. I’m surprised my voice didn’t crack.

Besides that, my surgical incisions were healing great. One day my bellybutton (the site of the large instrument insertion) went from scabby hot mess to a normal belly button. The fourth week was really the week that I felt like a new person (one that isn’t allowed to lift grocery bags for another two weeks). I no longer had the zings and zaps where they did major surgical work on my pelvic wall to remove my problem ovary. Ice packs and heating pads worked to keep the swelling down (they call it “swelly belly”) that indicated that I must have done too much that day.

At week six, everything was better – seemingly overnight. I was always told that six weeks is the magic week for hysterectomy healing, but, it was like a huge change. Although I was supposed to get an internal exam on week 6, it was Christmas and New Year’s and I couldn’t get in for an appointment. My 6 week appointment was actually 7 weeks, and I was okay with that – because that meant non-GFBF had too carry all the heavy suitcases in the Portland airport. And just like that – I was cleared to go back to normal activities. Just a follow-up in a year from my surgery date.

And just like that, I’m officially recovered from my hysterectomy.