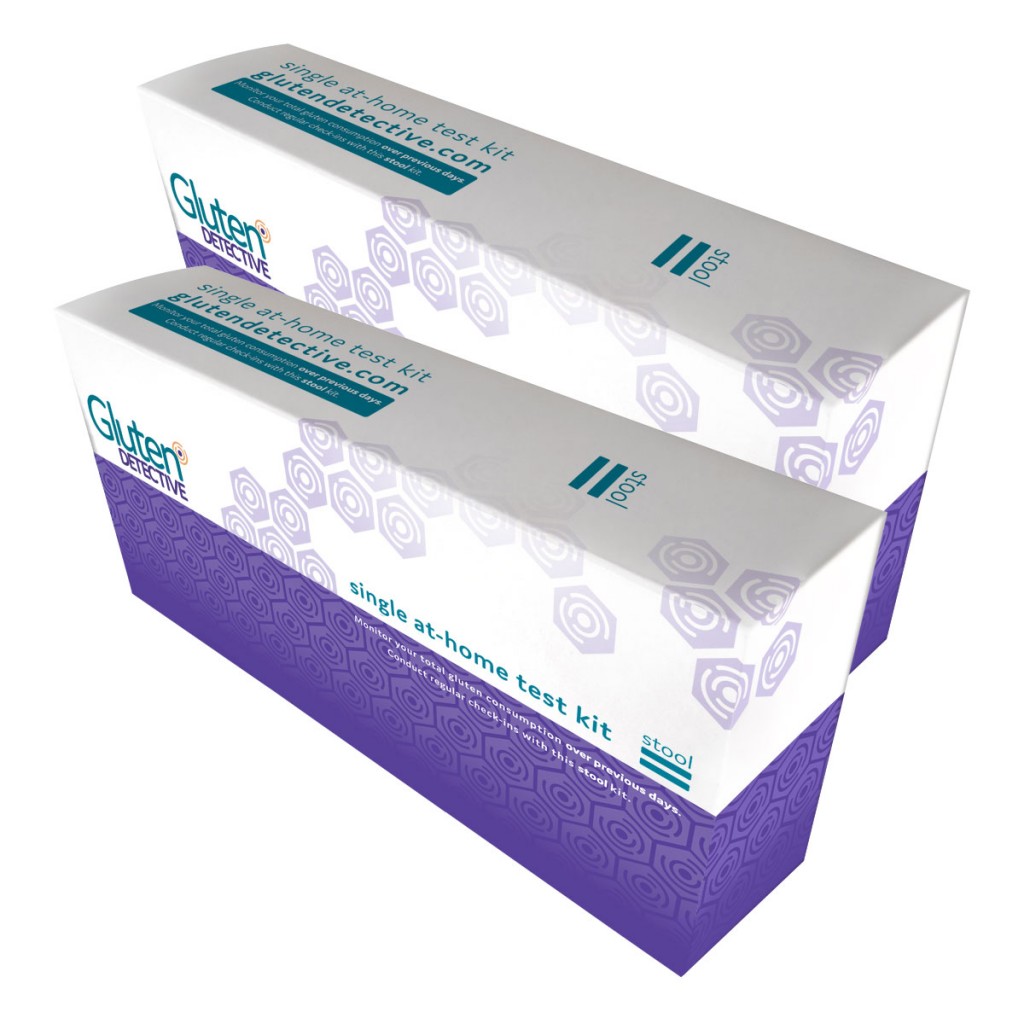 As you might know, I’ve been teasing something awesome coming out for the gluten-free community. The embargo is lifted, the product is launched, and I’m ready to introduce you to my partner, Gluten Detective.I had a chance to try Gluten Detective months ago, before they changed their name (that’s why my images from the big test are called Gluten Detect and have the old packaging) and released the product to everyone at the end of October after a great show at FNCE. I have partnered with them on a promotion, because I feel like this tool will be incredibly valuable for the celiac community. I am so excited for you, our Celiac and the Beast readers to finally get to know Gluten Detective. 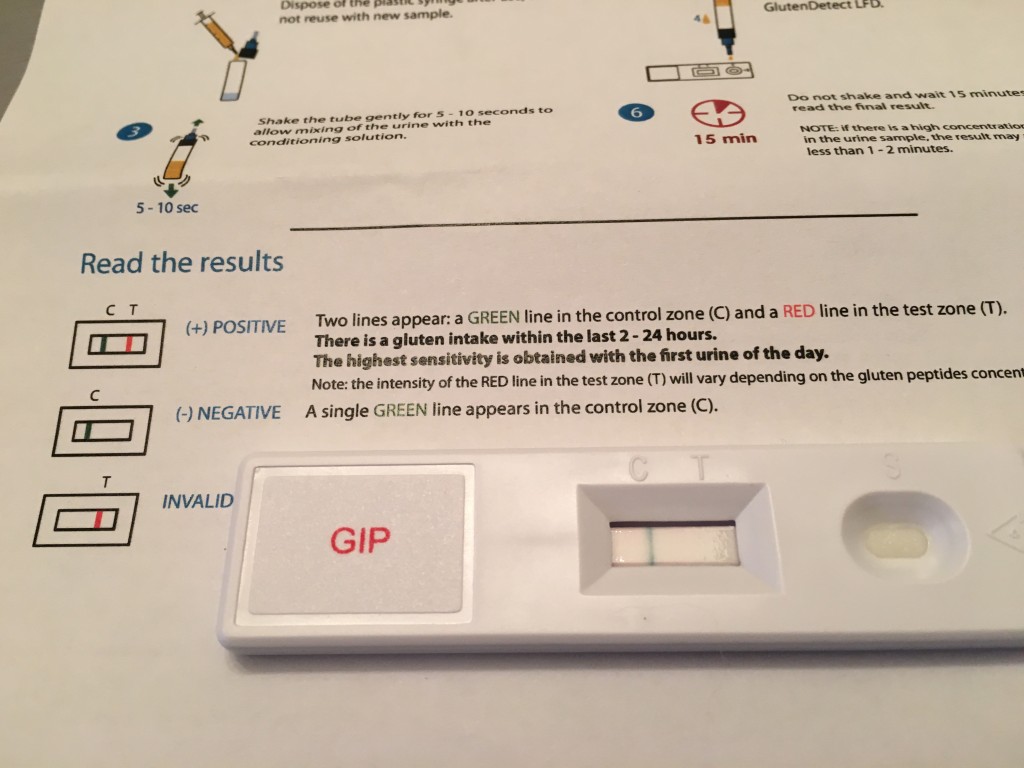 You might be scratching your head – we already have EZ Gluten and Nima Sensor to detect gluten in the food we might eat, why would we need a test to see if I’ve consumed gluten? Great question!

Why you need Gluten Detective: 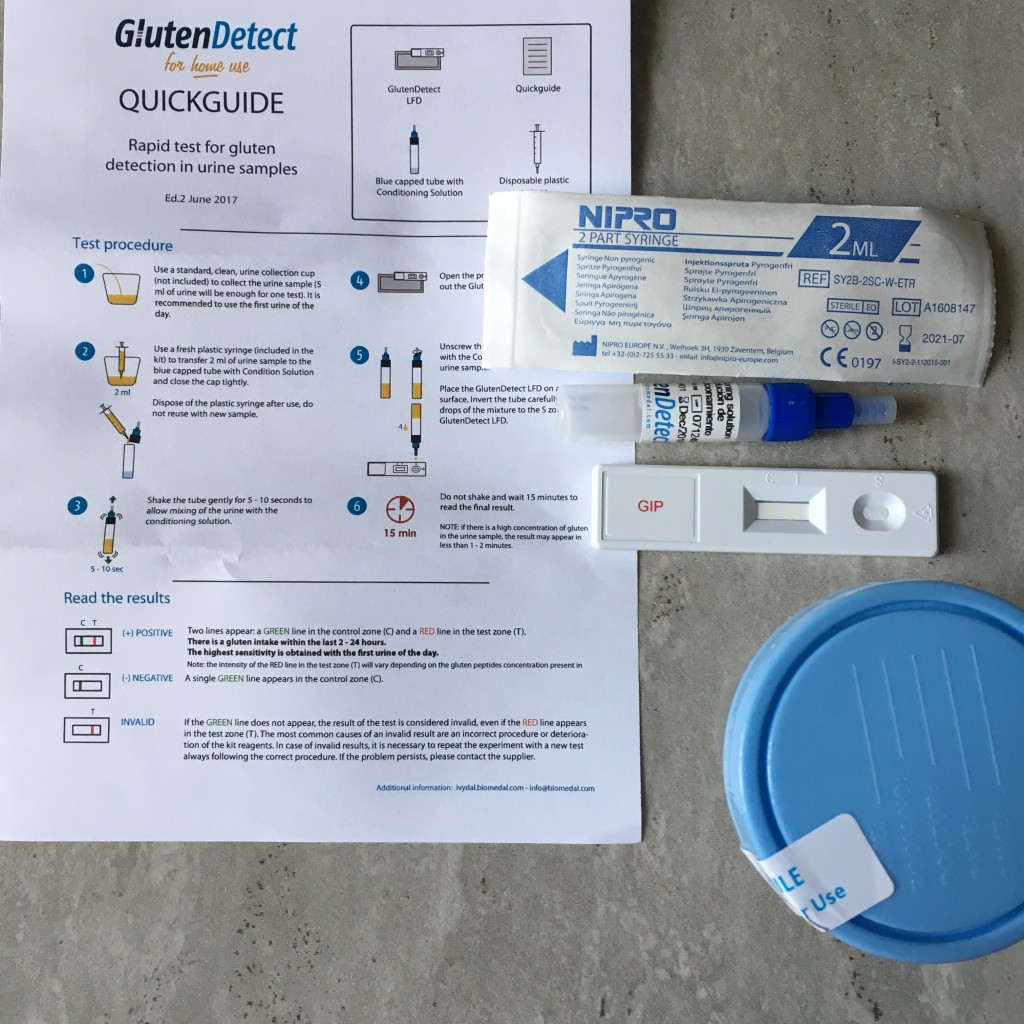 Gluten Detective the first test for gluten consumption in North America that are over-the-counter – and available to you without a doctor. And lucky you, you get a choice of urine tests or stool tests. Now I know that some of you will never get this up-close-and-personal with your poop, but I really feel like we need to get over our fear of meeting our waste. Because if you can’t handle your poop, you can never get to experience a cool test like this.

Check out their press release on Celiac Disease Foundation’s website! 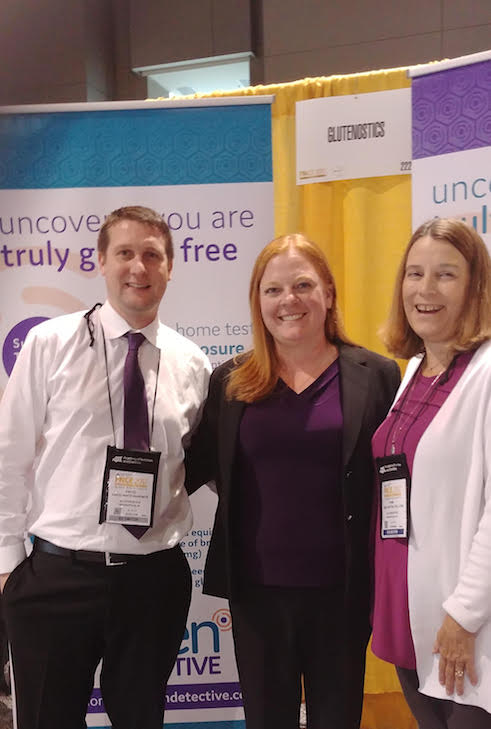 Each Gluten Detective urine test contains a test strip and all you need to run the test easily at home. You’ll be able to detect gluten in your urine for around 6-16 hours after you eat it. You’ve got to be pretty fast to run the urine test, and this is mostly for meals where you’ve blatantly eaten gluten. Ex. did I just eat a plate of regular pasta or gluten-free pasta? Was that gluten-free hamburger bun really gluten free?

Each Gluten Detective stool test contains a test strips and all you need (including the gloves!) to run the tests at home. Gluten can appear in the stool 2 days post consumption and remain in your stool for several days, so it’s easy to test for gluten consumption days later, if it takes longer for your gluten symptoms to show. This test is the best test, and what I recommend purchasing because it is more accurate than the urine test and can pick up lower-levels of gluten – ex. cross contamination. You don’t have to eat a regular hamburger bun to see if you’ve gotten glutened.

Who this product is GREAT for:

Who this product is NOT for: 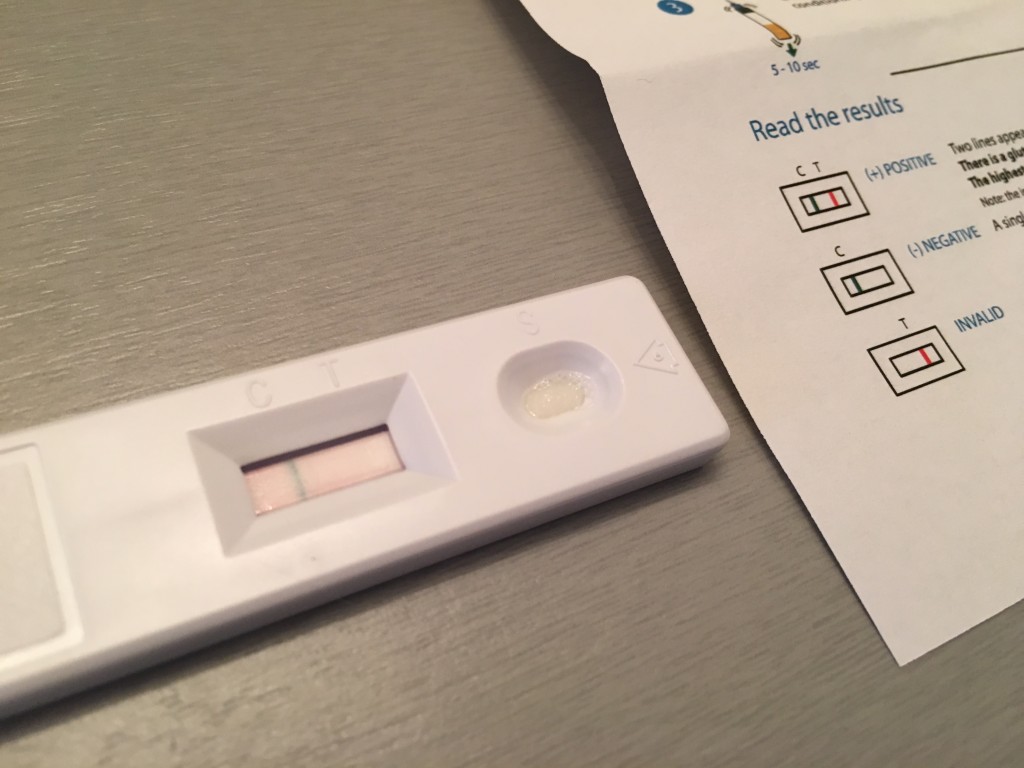 Of course I did! With gloves on, of course. I not only used both tests on myself – the urine and the stool – and came up free from gluten (even after recently traveling – take that, celiac), but I also tested a gluten-eater’s poop. I mean, for science – I had to make sure the test worked. Now, I’m not going to go into the crazy details that includes asking for SOMEONE ELSE’S POOP that eats gluten, but it was a real challenge for me. I mean, I have no problem handling poop – but asking for poop is a different story. BUT, I did it because I love you guys and I wouldn’t promote a product without knowing that it worked. And of course, it worked. Thanks stool sample! 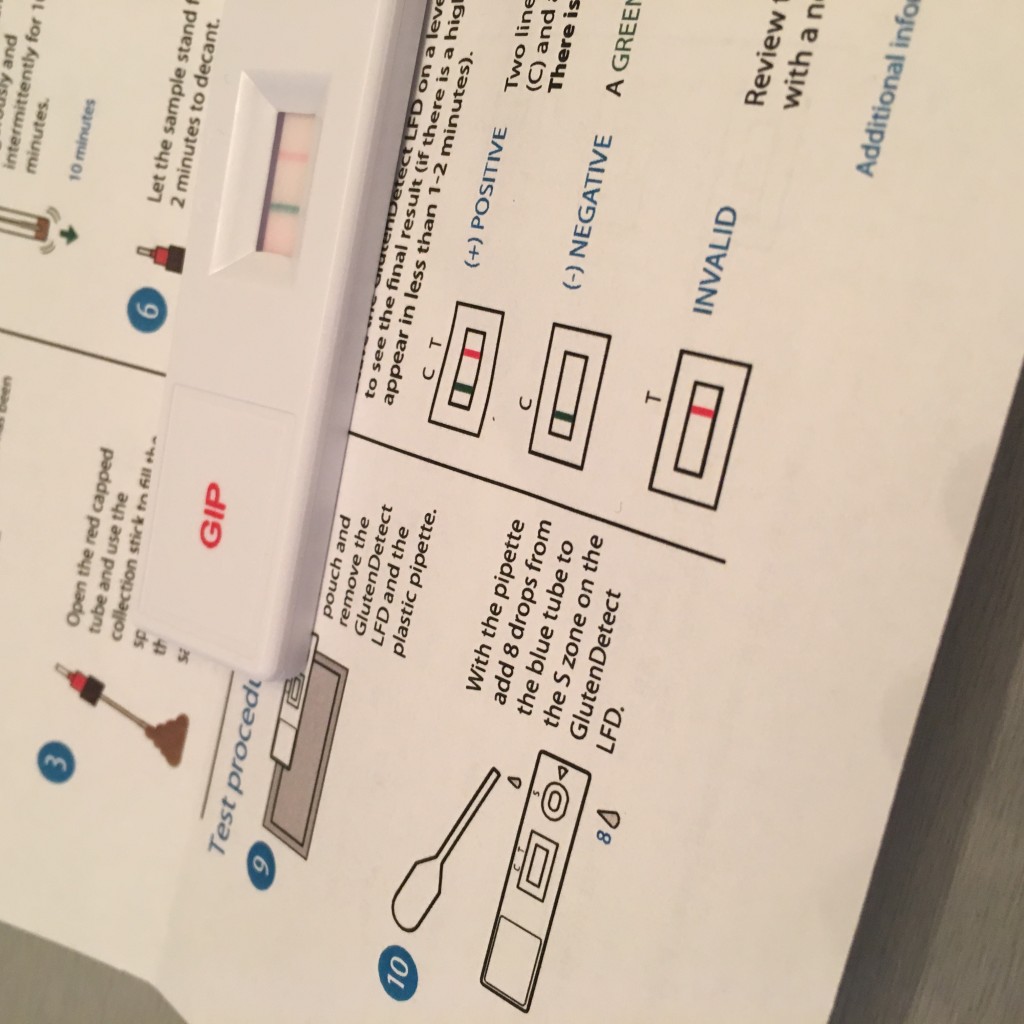 Hopefully I’ve peaked your interest enough for you to make your first Gluten Detective purchase. I hope you’re as excited about this new product as I am!

I am a paid partner of Gluten Detective, but I am so impressed with this new technology, I hope you love it too! 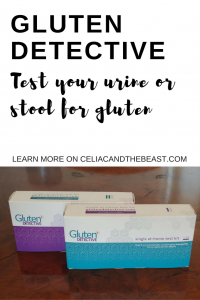